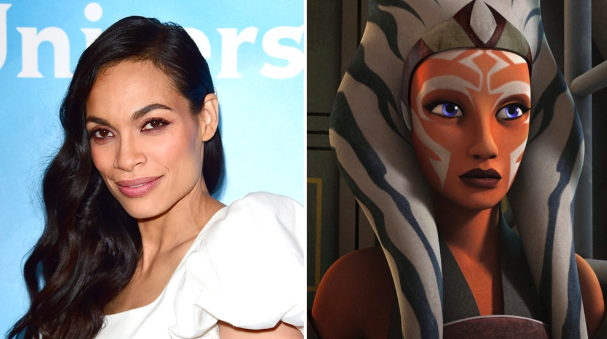 Rosario Dawson has joined season 2 of “The Mandalorian” in a role which will have “Clone Wars” fans brimming with excitement.

The “Briarpatch” star has been cast in the guest starring role of Ahsoka Tano, Variety has confirmed. Tano is Anakin Skywalker’s apprentice and one of the central characters in the popular animated “Star Wars” series. This will mark the character’s first live-action appearance, after being voiced by Ashley Eckstein on all seven seasons of “Clone Wars,” the final season of which is currently airing on Disney Plus.

Season 2 of “The Mandalorian” is slated to drop on Disney Plus this Fall, after showrunner and creator Jon Favreau confirmed that a second season was on the way late last year. Favreau also previously revealed that Carl Weathers, who plays Greef Carga in the series, is set to direct an episode of its sophomore season.

The series is set after the fall of the Empire and before the emergence of the First Order, following the travails of Mando (Pedro Pascal) in the outer reaches of the galaxy far from the authority of the New Republic. Season 1 ended with Mando flying off in search of Baby Yoda’s home planet. Precisely how Dawson’s Tano fits into the equation will be interesting to see, especially given all the events that take place between the end of the Clone Wars and the fall of the Empire.