Earlier this year, we learned that Netflix is dipping its toes into the Latino representation boom with a remake of Norman Lear’s revolutionary seventies sitcom One Day at a Time. Switching out the show’s original Italian-American single-parent household for a family headed up by a Cuban abuela and hardworking Cuban-American mom, the One Day at a Time reboot promises to take the original show’s boldly honest portrayal of modern womanhood into the 21st century, with a distinctly Latina twist.

To give us a sense of what we can look forward to when the show finally premieres across Netflix’s global digital empire, the National Association of Latino Producers brought together showrunner Gloria Calderón Kellett along with actresses Rita Moreno and Justina Machado as part of their NALIP Media Summit held in Los Angeles last week.

Unfortunately, the team wasn’t able to reveal much in the way of plot details, but attendees were treated to a scene reading that had Moreno’s character laying down some authentic abuela logic (“I need to look nice in case I die in my sleep,”) before wading into a hilarious and thoughtful discussion about the show. And, as we can expect from Hollywood’s OG Latina spitfire, Moreno pulled no punches.

Here are a handful of gems we plucked from the conversation, so you can feel like you were in on the action. 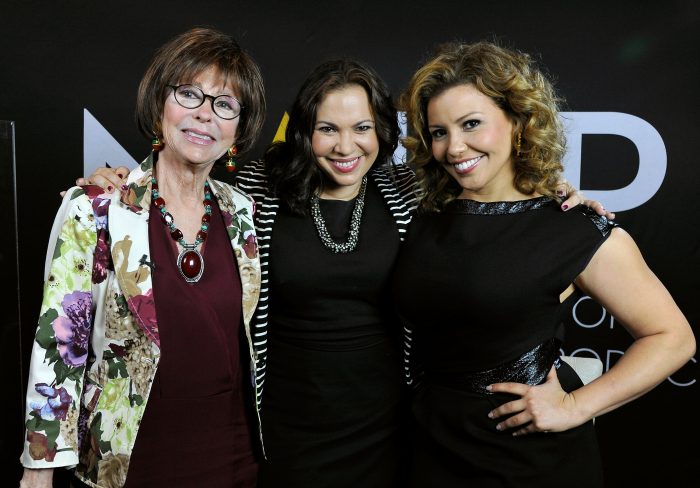 Gloria Calderón Kellett on Why She Chose a Cuban-American Family

Because I’m Cuban. It’s really interesting because I have waited a very long time to write my family for this reason. I grew up in San Diego so I have a lot of my Mexicanas who are my family too, but we’re different. We’re all different. So they always come to me since they’re concerned about representation, and they want to get as many eyeballs as possible. And Cubans apparently don’t watch TV or something. I dunno. I just want to represent Latinos, and that’s the most important thing to me. I feel like the most authentic story I can tell would be mine. So I don’t want to dilute, I don’t want to insult somebody else’s thing when I can make fun of Cuban’s because I’m Cuban, and I can make fun of my mom and my cousins and my tío, because that’s my experience. So it just felt the most authentic for me.

Rita Moreno on Drawing From Experience for Her Role

There’s really a lot of me [in the character]. As long as it’s Latina, she’s got to be me. She’s a very opinionated lady, who’s very strong and powerful, she adores her family. That’s one of things that’s so special about this show is that it’s very authentically Latino, unlike some of those pathetic attempts that we’ve seen. And a good part of that is Gloria — Gloria is our head writer. I’m just doing my mami, I’m just doing my mami in the show.

I just think growing up in the family that I grew up in, there was always so much warmth, so much love. And whenever we had parties — and I know every Latino knows this — the kids were there, and if they fell asleep you put them in the coat room. That’s if there’s coats. When you come from Chicago there’s coats. And then you have to go into the coatroom and be real quiet because there’s a kid in there. And when I got here, the separation of children and adults was very bizarre to me, it’s not the way that I grew up… So growing up in a family like that, always being around younger cousins, older people, the mother instinct just comes up. 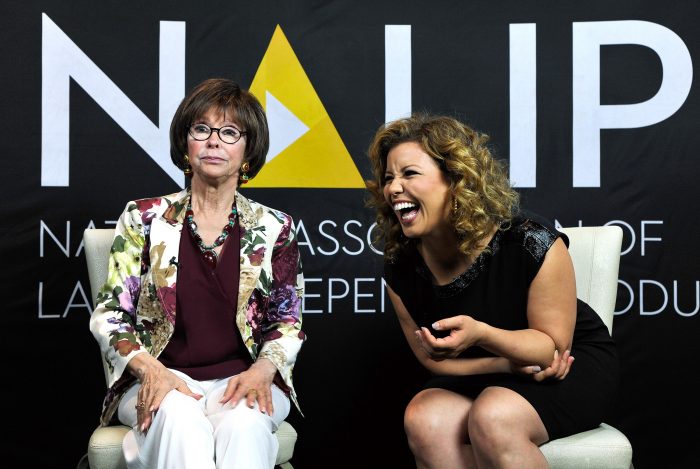 Gloria Calderón Kellett on the Importance of Representation

I feel like representation is everything. I grew up and Rita was the only Latina I saw on television and in the movies. And thank God it was somebody so incredible and so wonderful and that we could all look up to, but I just felt like I wanted more of that. And to watch shows like Growing Pains — and those are great shows, but I felt like, “Well that’s me, but they don’t look like me.” And then all you see is drug dealers and hoochie mamas, and I think it really does affect children to grow up and not see yourself represented.

And beyond that I also hope that other people of all ethnicities will watch and go, “Oh, my family’s like that. That’s just like my family.” But we’re just different colors: different hair colors, different eye colors, that’s it. Because this is just about love, about people that love each other and care for each other and that’s it.

I ran into Norman Lear at a Latino event, and we were sitting with Dolores Huerta, and he said: “There’s a show I’m going to do that I want very much for you to do.” That’s all I needed to hear. I didn’t know what it was, I had no idea. I said, “If it’s for Norman Lear…”

First of all, that’s a goal I always had. I said, “Someday I’d like to work with Norman Lear.” And suddenly he’s now 93, I’m 84… Who would have thunk? I’m gonna say no to Norman Lear? Hazme el favor! 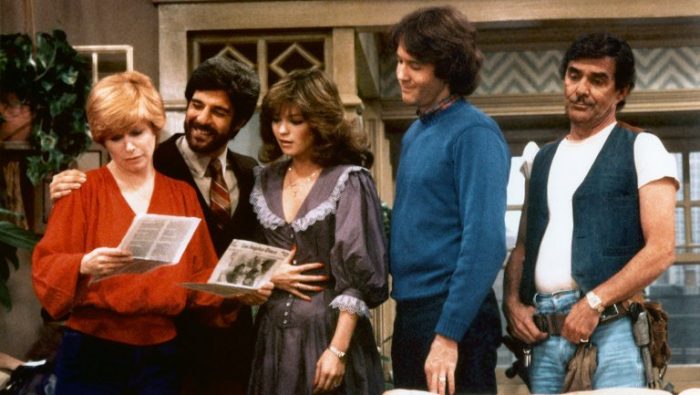 ‘One Day at a Time’ original TV show/Remezcla

I love it. But sometimes I have to remember that I’m doing a show too, because I feel like I have to entertain them all the time. So I’m like, “Oh we have to go back. They’re going to be bored!” No, they’re not going to be bored, they like this!

Rita: You’re only saying that because you’re Latina. Why should you not come from the theater, coño!

Rita Moreno on Molesting Her Co-Stars

Justina and I only molest the kids. We love them! We’re always kissing and hugging them!

Justina: But she was so funny!

Rita: She did not do us any good, sorry. Actually, when I was a kid there were no role models. Nobody. Nobody! So Elizabeth Taylor became my role model and that was it. We had nobody.

Rita Moreno on the Video Drone Circling Over Everyone’s Heads

Are they taking videos of us? They want all your faces just in case, you know what I mean? That’s Donald Trump! He wants our names and our faces! Pendejo!