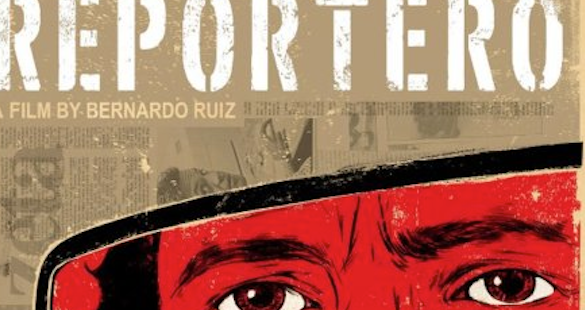 NALIP pleased to announce that REPORTERO, by Bernardo Ruiz has been nominated for a News and Documentary Emmy Award! Nominated in the Outstanding Informational Programming—Long-Form category, they are in the company of some truly outstanding films, especially among the P.O.V. and PBS nominees!

The film follows a veteran reporter and his colleagues at Zeta, a Tijuana-based independent newsweekly, as they stubbornly ply their trade in one of the deadliest places in the world for members of the media. In Mexico, more than 50 journalists have been slain or have vanished since December 2006, when former President Felipe Calderón came to power and launched a government offensive against the country’s powerful drug cartels and organized crime.

Since premiering in Mexico City in 2012, REPORTERO has screened in 28 countries and has been translated into five languages. In the U.S., it has screened in at least 39 cities through their partnership with P.O.V. In Mexico, the film screened in 12 cities through the itinerant documentary festival, Ambulante. REPORTERO recently finished a tour in ten Netherlands Embassies in Latin America, the Balkans, and the Middle East. The film will also stream for free on pov.org from July 21st - August 25th, 2014. Make sure you check it out!