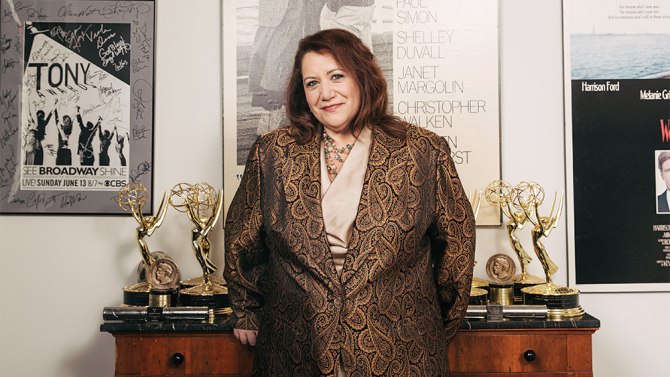 Barely four months into her post as commissioner of the New York City Mayor’s Office of Media and Entertainment, Cynthia Lopez sits atop an agency responsible for the smooth operation of an industry that generates a whopping $7 billion in direct spending each year and provides jobs to 130,000 behind-the-scenes workers — figures that make Gotham the envy of many U.S. jurisdictions, including L.A., which has seen its film and TV production volume dwindle to the benefit of areas with more attractive incentives.

Lopez, formerly co-exec producer of PBS docu series “POV,” for which she won eight news and documentary Emmys, is a newbie in the world of film commissions and has big shoes to fill. Mayor Bill de Blasio appointed her to succeed Katherine Oliver, who served under Mayor Michael Bloomberg and presided over the greatest production boom in recent New York history, thanks to the state’s hefty $420 million annual budget for film credits.  The question now is whether Gotham’s new film czar has the chops and can develop the connections to sustain that growth.

You inherited a well-functioning department. How can you improve it?

I see this opportunity as a relay race. Katherine has passed the baton to me. It’s not about just about maintaining the current level of production; it’s about fostering new relationships. When my predecessor first worked here, there was less digital production. As technology evolves, distribution changes and mobile media (rises), we’ll see changes in the kind of content that gets developed in New York.

Can you balance the needs of producers with the those of local neighborhoods?

I was producer, so there’s the creative side in me that asks, how do we ensure that our talent has what it needs to make the best films, TV and digital content?  But on the other side, how do we maintain public safety, not overtax local communities and ensure that they understand the contribution location filming makes to our economy? That’s my challenge as the new commissioner.

You’ve been vocal about diversity …

Yes, but not just ethnic diversity. I mean diversity from different parts of the filmmaking community — the next generation of producers, editors, camera people, Teamster members, etc.

What would you say to the Hollywood below-the-line community that has seen jobs flee to other states?

Creators of content generally try to pick the best places for their productions. Most of the people who select New York have made judicious decisions about why they should shoot here. To me it’s not about pitting one community against another. It’s about how we facilitate those productions that want to shoot in New York, and how we offer the right services to ensure that they’re able to create their best work here.