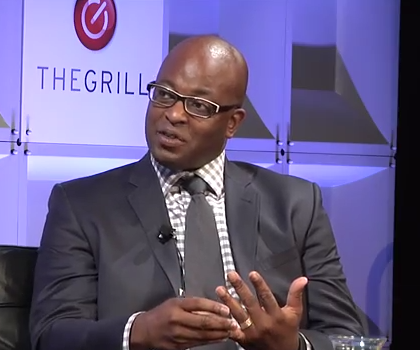 Where Hollywood is failing to meet the needs of today’s content consumers, PepsiCo’s CMO of global consumer engagement, Frank Cooper III, says others in the entertainment world will pick up that slack. As he told TheWrap’s Sharon Waxman at its annual media conference, TheGrill, “If [Hollywood] doesn’t evolve, someone will fill that place of telling stories, especially across these new delivery systems.”

So who’s filling that storytelling space so far? According to Cooper, it’s the likes of Maker Studios and Fullscreen…but it’s not their direction that PepsiCo brands are heading in when it comes to video content.

Maker and Fullscreen represent the aggregation content model, gathering creators and networks that needn’t have anything in common other than the fact that they put out popular videos. PepsiCo, on the other hand, is leaning towards a model that’s “about having a particular cultural point of view and then drawing in creators around that,” explained Cooper. He considersAwesomenessTV an example of this POV-first structure.

“Brands that are within the Pepsi system are moving more towards that model,” Cooper said, “because a brand has to stand for something…that’s where the action is for us.” Thus, PepsiCo is working on platforms where its brands can put out content under a certain cultural niche. Brands need to engage viewers with a story, these days, and PepsiCo’s will be telling theirs online.

A multitude of PepsiCo brands already have YouTube channels, from Pepsi (of course) and Lays to Gatorade and Starbucks.

Notably, the marketer also has a partnership with Maker Studios, an aggregator, to co-create branded content through the [email protected] program.That deal was announced during the MCN’s Newfront in May.

Here’s an excerpt of Cooper’s interview at TheGrill: