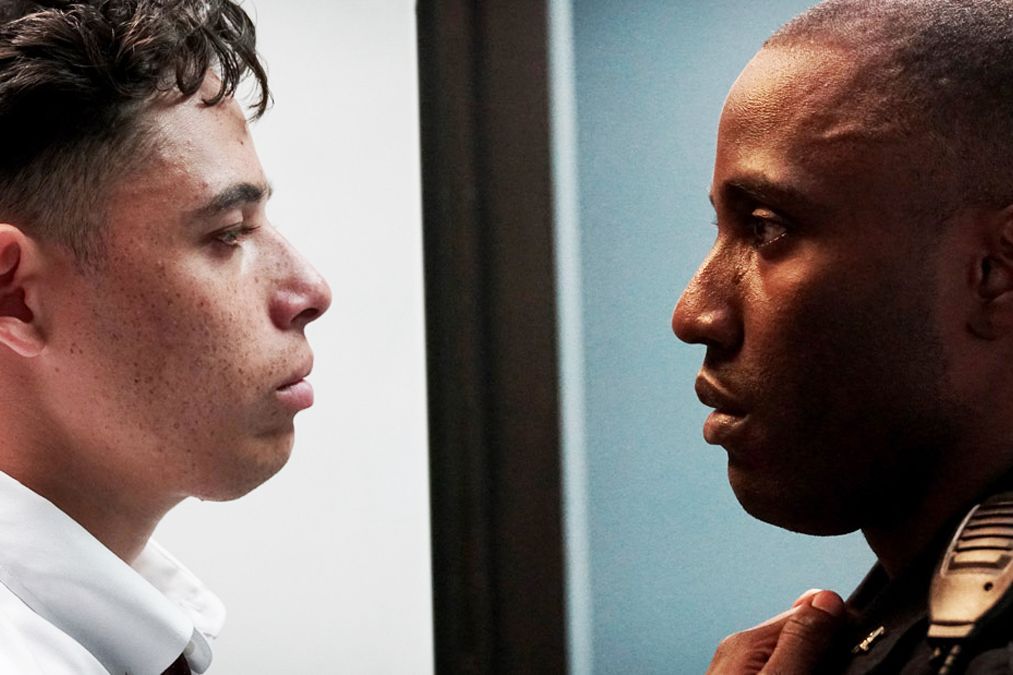 Following the fourth season of HBO’s Ballers and an Oscar-buzzed role in Spike Lee’s BlackKklansman, John David Washington — the talented son of Denzel — steps up with another forceful, socially relevant performance in Monsters and Men.

In a striking debut feature, writer-director Reinaldo Marcus Green uses three perspectives to examine the shooting of an unarmed black man by a white cop in Brooklyn’s Bedford-Stuyvesant neighborhood. The victim is Darius Larson, a.k.a. Big D (Samel Edwards), a local who sells loose cigarettes outside a Bed-Stuy deli And if Big D reminds you of Eric Garner — who died in 2014 after police placed him in a chokehold — it’s not accidental.

Washington plays Dennis, an African-American man shown singing along to Al Green in his car before a white cop pulls him over. It’s racial proofing in action. There’s a gun on the front seat. It turns out Dennis is a cop, currently working undercover and sadly accustomed to being hassled by his colleagues. It’s also Dennis who sees the shooting of Big D by a fellow cop. Caught in a vise of indecision — does he rat on his brother in blue or let it go? — Dennis brings his crisis of conscience home to his wife and children.