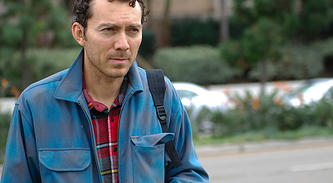 PBS announced that the award-winning film EL DOCTOR will be part of the third annual PBS Online Film Festival that showcases 25 diverse short films from around the country. The festival takes place June 16 - July 31, 2014, and each of the 25 films will be featured on one day throughout the festival.

EL DOCTOR, which stars NALIP member Luis Deveze, will be featured on June 24, though the public can watch and vote for it anytime throughout the festival. The short is a drama about worlds colliding when a family in Arizona hires an undocumented day laborer in the wake of the highly contentious Arizona Senate Bill 1070, or the "show me your papers" bill.

EL DOCTOR screened at the Los Angeles Latino International Film Festival (LALIFF) in 2013 and was acquired by Latino Public Broadcasting as an entry to the PBS festival.

Attracting more than one million video streams and more than 50,000 votes in its first two years, the PBS Online Film Festival has become a popular annual online event. Starting June 16, EL DOCTOR will be available across all PBS digital platforms including Roku, Xbox and PBS.org. Get ready to watch, vote and share! Learn more at pbs.org/filmfestival.