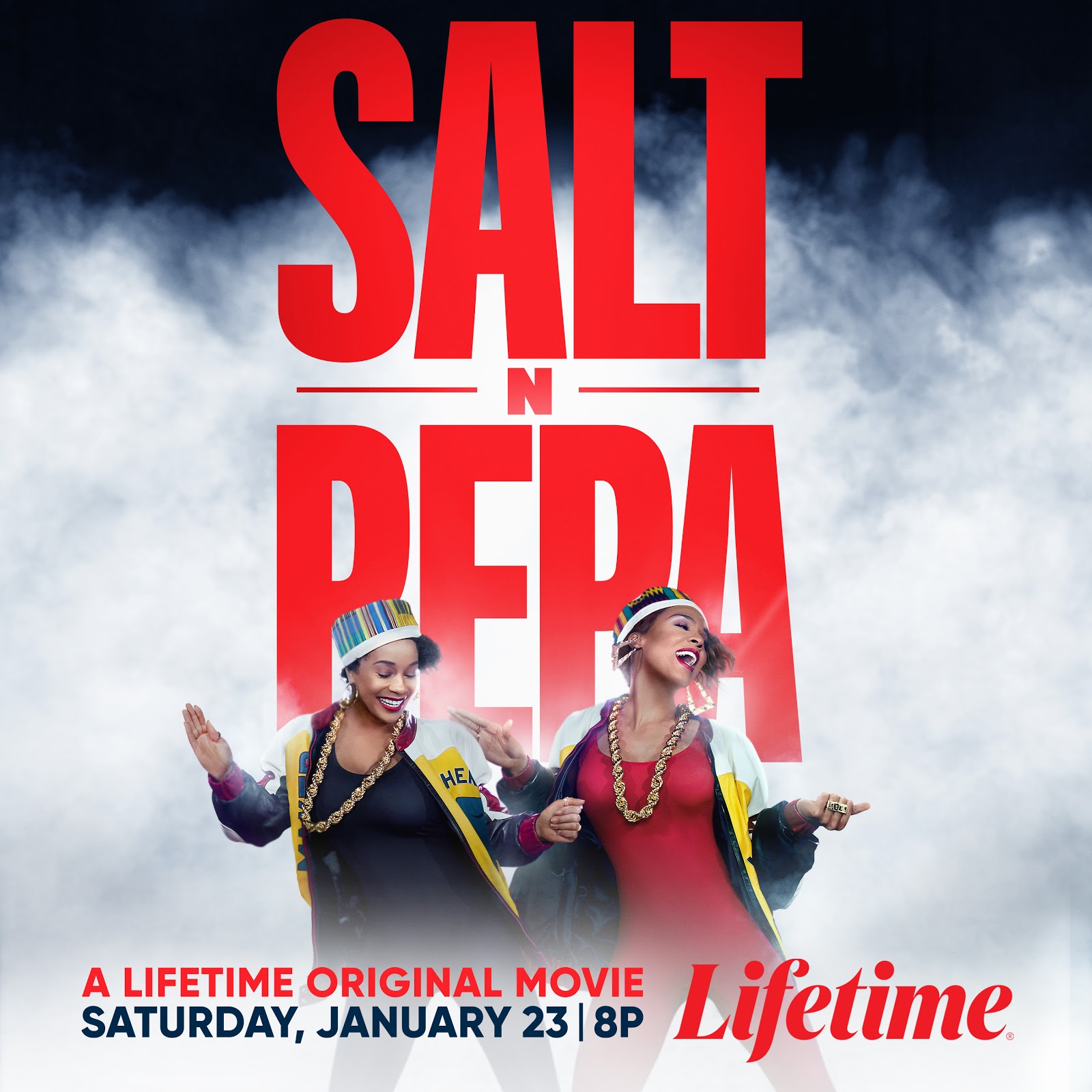 Sony Pictures Television announces the premiere of the Salt-N-Pepa Lifetime film. It details the journey of Queensborough Community College students Cheryl “Salt” James and Sandra “Pepa” Denton as they enter the world of rap and hip hop, after recording a song for their friend Hurby Azor. Salt-N-Pepa made a huge impact as one of the first all-female rap groups, changing the look of hip hop and being unafraid to talk about sex and share their thoughts on men. The movie follows the group as they become the first female rap act to go platinum and experience ground-breaking success with multiple awards, including a Grammy award -  paving the way for all female rappers to follow. The film will feature performances of Salt-N-Pepa's greatest hits, including: "Let’s Talk About Sex", "What a Man", "Shoop" and "Push It".

To learn more and check out a preview, click here. 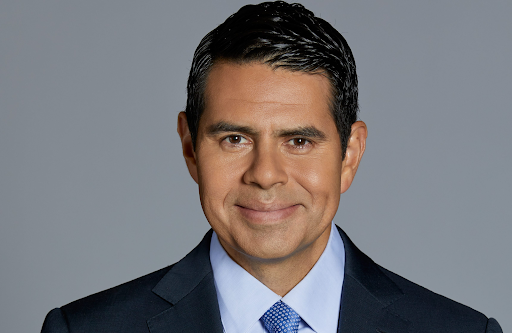 NBCUniversal News Group is launching NBCU Academy,  a journalism training and development program for four-year university and community college students that utilizes hands-on experiences with the company’s journalists, as well as funding. NBCU is teaming up with 17 academic institutions including those that tend to serve Black, Latino, Asian American, Pacific Islander, indigenous and tribal students. The Chairman of NBCUniversal News Group, Cesar Conde, has set the goal to make NBC News, MSNBC, and CNBC more representative of the consumers that they serve and inform. Read more here.

Join Cinema Sala and the Cast of “Yellow Rose'' in Artis’yan Webinar! 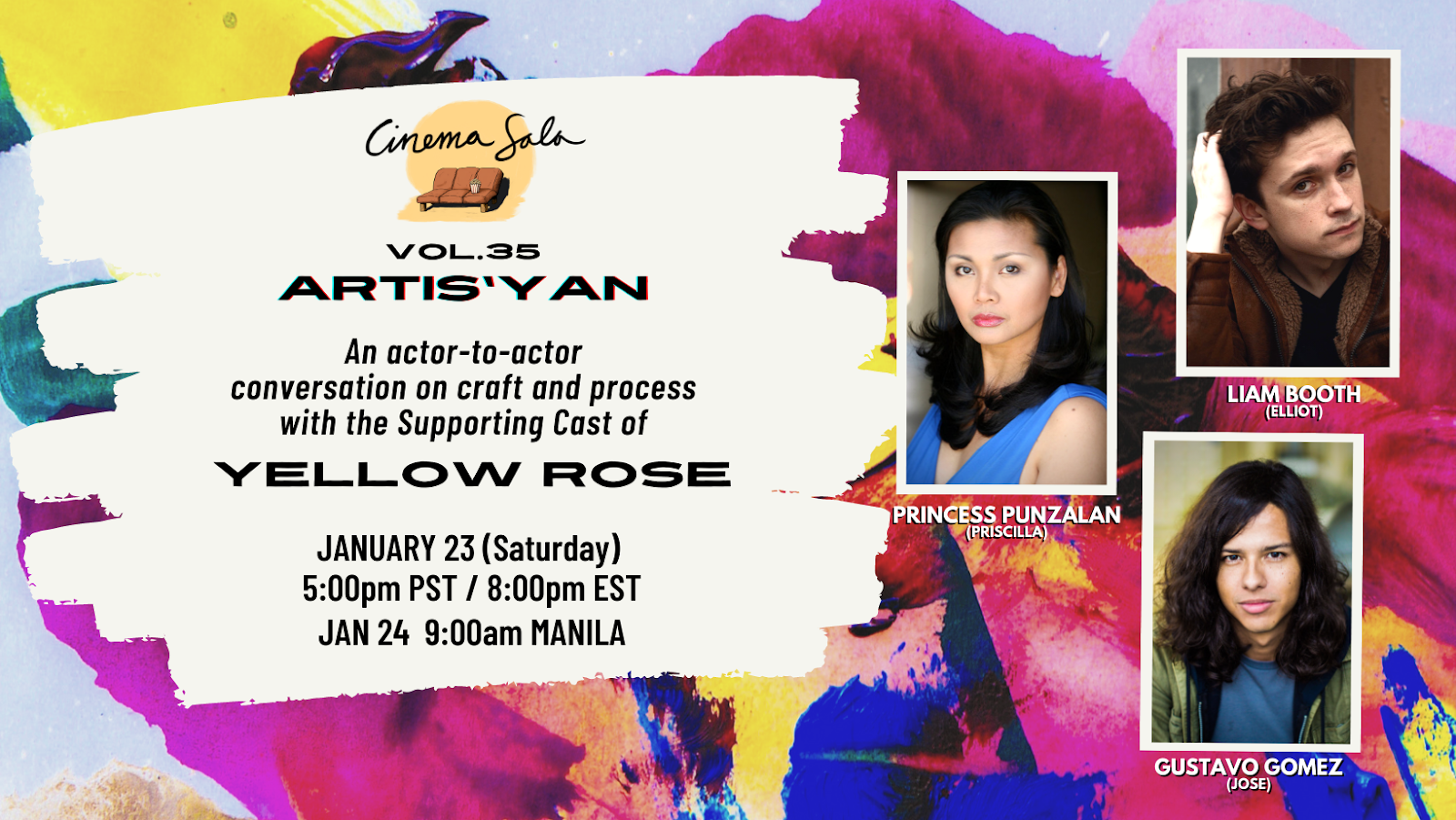 Join Cinema Sala and the supporting cast of the award-winning Filipinx feature film “Yellow Rose'' for ARTIS'YAN, where the cast will interview each other about their craft and process. The actors participating in the conversation are Gustavo Gomez, Princess Punzalan, and Liam Booth is a rising actor in the indie film world -- the conversation will have a great round table with a diversity of experiences. The event will be 1.5 hours long and will take place online on January 23rd at 5:00PM PST.

Register for the webinar here.

NALIP Partnered With Staff Me Up to Increase Visibility of Latinx Talent in Hiring Platform! 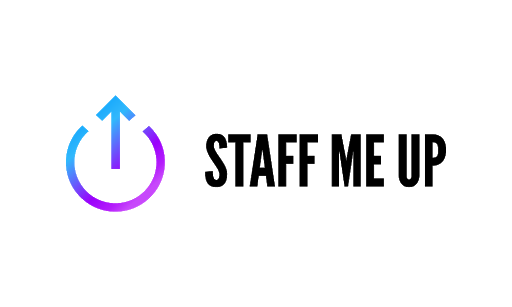 Staff Me Up is the leading hiring and networking platform for media production where professionals that work in the industry go to hire and get hired. As NALIP partnered with their Diversity & Inclusion initiative to increase visibility for historically underrepresented talent as they search for jobs. NALIP members, fellows, and affiliates are encouraged to sign up and use the following tags to identify themselves on the platform which will make you discoverable by employers via Diversity and Inclusion search filters:

Learn more about Staff Me Up here. 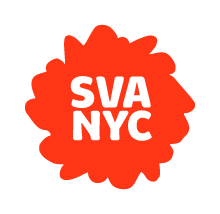 4:30 - 6:30 PM PT for $280. Get access to industry pros - networks, production companies, showrunners. Learn the in’s and and out’s of series development, packaging, networking, pitching and negotiating your television series. Students get to pitch their series to the guest speakers during/after class.

Course #CFC-1334-OL. Go to sva.edu/ce and type in the course number or James Arnoff to learn more about this course. 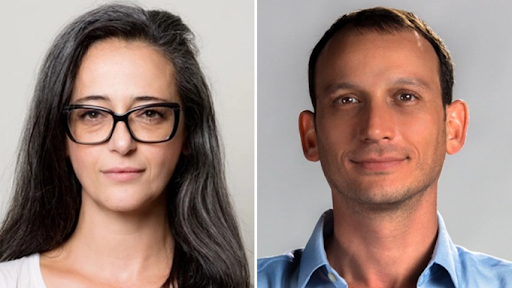 Paz Lazaro has been appointed as the the content director and head of Spain in Exile Content Studio, the Los Angeles and Miami-based production house. Lazaro will be overseeing the development process, relationships with talent and buyers, intellectual property searches, and packaging in Spain, as well as working on the development and acquisition of projects in Latin America. Read more about Lazaro’s new position here. 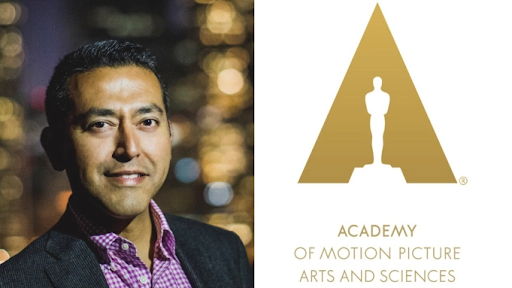 (Courtesy of Ampas and Variety)

Fernando Garcia has been named by the Academy of Motion Picture Arts and Sciences as its new Executive Vice President, Member Relations and Awards. Garcia will be focusing on heightening awareness of diverse filmmakers worldwide working with the Academy’s Office of Representation, Inclusion and Equity and the Branch Executive Committees on expanding member representation. Read more about Garcia’s new position and initiatives here.

Join Film Fatales As They Host a Panel Discussion on January 22nd and a Private Workshop on January 26th! 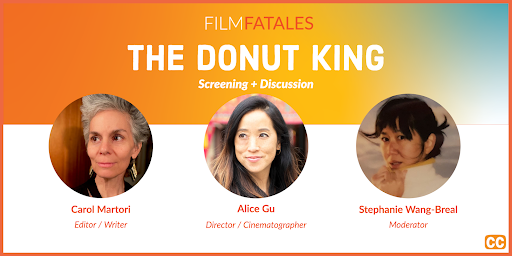 Join Film Fatales and Greenwich Entertainment on Friday, January 22nd at 2 pm PT for a panel discussion with The Donut King creative team including Director/Cinematographer/Writer Alice Gu and Writer/Editor Carol Martori, moderated by Film Fatales member Stephanie Wang-Breal. The Donut King is a rags to riches story of a refugee escaping Cambodia, arriving in America in 1975 and building an unlikely multi-million-dollar empire baking America’s favorite pastry, the donut. This event includes a link to watch the film in advance and a video replay of the discussion will be shared after. RSVP: http://ffla012221.eventbrite.com 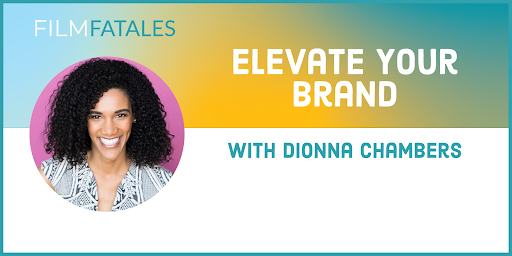 Join Film Fatales for a private workshop on Tuesday, January 26th 2 pm PT about amplifying your personal brand with social media influencer Dionna Chambers. Learn how to optimize your Instagram account with Social Media Expert and Influencer Dionna Chambers who has more than 95k engaged Instagram Followers. Instagram is now the top tool industry professionals use to look up filmmakers, both to understand a person more and to see their marketing influence. This workshop will help you understand the basics of the platform and how to use it as a branding tool, as well as increase your visibility and connect with like minded industry professionals, in order to attract more gigs! 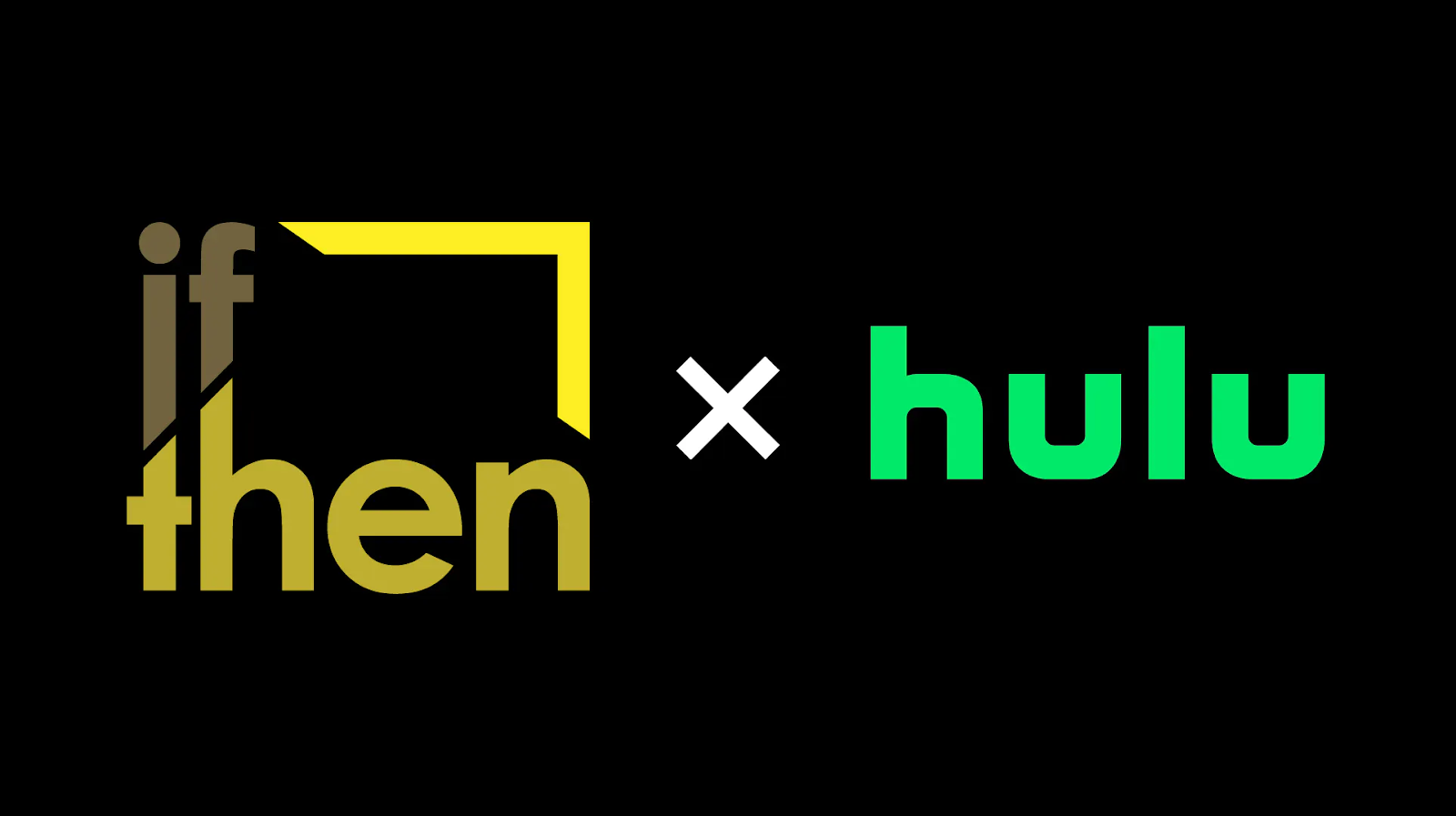 IF/Then Shorts (an initiative of Field of Vision) in partnership with Hulu Documentary Films calls short-documentary filmmakers based in North America to take part in the Inaugural IF/Then x Hulu Short Documentary Lab. This lab will channel Hulu and IF/Then’s shared vision of creating a new pipeline of diverse talent and incubating strong voices who will be the next class of non-fiction storytellers.

Four filmmaking teams will be chosen to participate in a one-year lab focused on short-documentary production and career training. Filmmakers will be individually mentored through production by IF/Then staff and take part in monthly virtual cohort pieces of training, consisting of keynotes from industry heavy-hitters and edit consultations. Filmmakers will be invited to debut their works-in-progress to an invitation-only audience, and receive high-level festival and distribution strategy consultations, along with guidance creating their publicity materials, and pro-bono legal support. Each team will receive a $25,000 grant to use for the production of their film.  Hulu will have the right to review the projects for potential acquisition or further development.

This opportunity will be open to individuals living in/from North America, with an emphasis on black and/or Indigenous filmmakers, people of color, women, LGBTQ+, recent immigrants, and individuals who identify as having a disability. We will welcome any and all stories from underrepresented voices, with a strong preference around subjects related to gender, the LGTBQ community, or issues unique to the BIPOC community.

Applications are now open and will close when we reach max capacity.

For more information on how to apply: https://tinyurl.com/ifthxhulu

The New American Film School at Arizona State University is looking for a Clinical Assistant Professor, who is committed to a substantial amount of teaching both project/production-based

courses and new courses in portfolio development and review that are required in their new BFA degree program. This full-time clinical assistant professor position begins August 2021 and is a one-year, renewable appointment. The deadline to apply is Feb.19, 2021. To learn more about the program and position, read here. 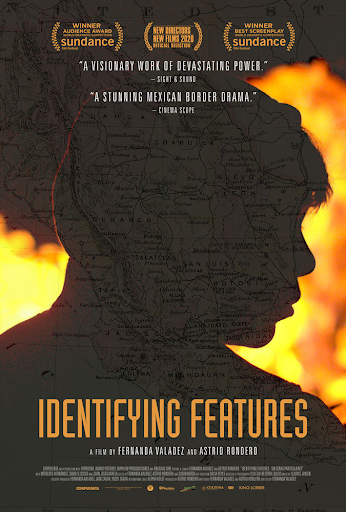 “Identifying Features” directed by Fernanda Valadez and written by Valadez and Astrid Rondero tells the story of middle-aged Magdalena (Mercedes Hernandez) who lost contact with her son after he took off with a friend from their town of Guanajuato to cross the border into the U.S., hopeful to find work. Desperate to find out what happened to him—and to know whether or not he’s even alive—she embarks on an ever-expanding and increasingly dangerous journey to discover the truth.