Check out what are our partners are up to this week! 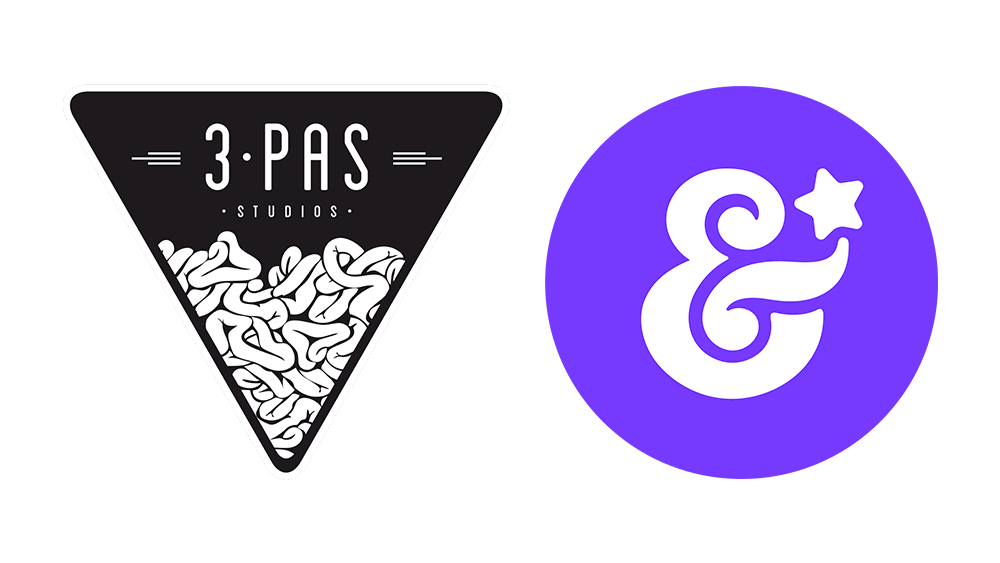 The first project on deck under the partnership features a confident, street-smart, brilliant boy who unwittingly gets into trouble and uses his humor, wit, and ingenuity to get himself out of sticky situations.

It will feature an ensemble cast of “odd-ball multi-generational characters” that will be brought to life across digital and physical products including an animated series, consumer products, publishing, and interactive experiences in the Encantos app.

Marvel’s Victoria Alonso Delivers Passionate Speech About Equality and Representation at Outfest Legacy Awards: ‘I Want to Do It All’ 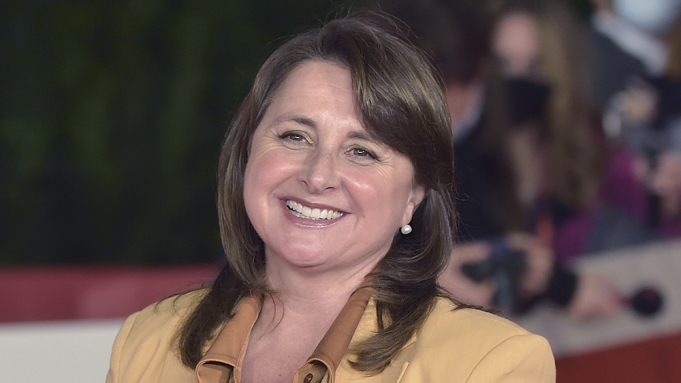 Who knew Victoria Alonso could sing?

Marvel Studios’ president of physical and postproduction, visual effects and animation production broke out into song not once, but twice when she was presented with the Visionary Award at the Outfest Legacy Awards on Saturday night at the Academy Museum of Motion Pictures.

She sang a verse of  B.o.B’s “Beautiful Girl All Over the World” to her wife, Imelda Corcoran. Toward the end of her remarks, Alonso warbled “I Am What I Am” from “La Cage Aux Folles” in English and Spanish.

Musical chops aside, Alonso delivered a passionate speech about LGBTQ equality and visibility. “We have tried to stir it up and sometimes the critics are not with us. That’s OK. That’s OK,” Alonso said of her work at Marvel. “We thank you for being a critic. We thank you for writing about us. And the fans will decide. Diversity and inclusion is not a political game for us. It is 100 percent a responsibility because you don’t get to have the global success that we have given the Walt Disney Company without the support of people around the world of every kind of human there is.”

The New Orleans Film Society (NOFS) announced the Jury Award winners of the 32nd annual Oscar®-qualifying New Orleans Film Festival via the NOFF 2021 Filmmaker Awards presented by WarnerMedia on November 13. The awards show and award-winning films will be available to stream at watch.eventive.org/noff2021 until Nov. 21 at 11:59 PM CT.

This year, the New Orleans Film Festival offered more than $120,000 in cash awards and prizes to filmmakers.

The New Orleans Film Festival is one of only 14 film festivals in the country that is Oscar®-qualifying in all three short-form Academy-accredited categories: Narrative Shorts, Documentary Shorts, and Animated Shorts. Jury Award-winning films in these categories automatically qualify for consideration for the Annual Academy Awards® without the standard theatrical run, provided the film otherwise complies with the Academy rules. 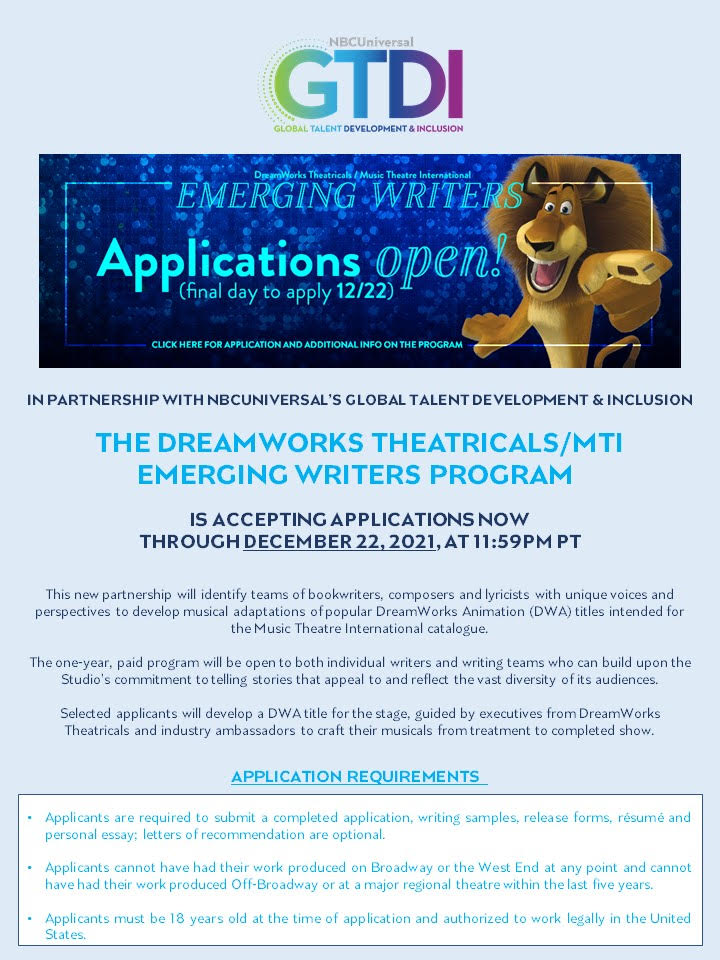 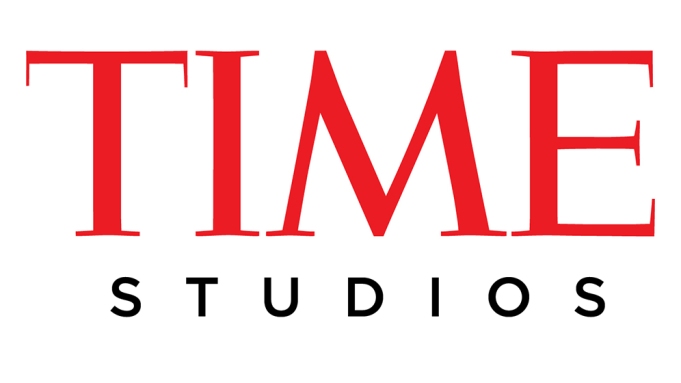 Time Studios, the Emmy-winning TV and film production division of Time, which has generated more than $70M in revenue since its 2020 launch, today announced the expansion of its Documentary division, also introducing a new arm for Kids & Family programming.

Alexandra Johnes and Loren Hammonds have been tapped as Heads of Documentary, with Maria Perez-Brown coming aboard as Head of Kids & Family. Additional new hires and promotions include Rebecca Teitel as VP of Documentary, Rebecca Gitlitz as Director and Showrunner and Jeff Smith as Executive Producer and Showrunner. The Scripted division of Time Studios will be run by Kaveh Veyssi, VP of Film & TV, Time Studios, as part of a strategic alliance with Sugar23, as previously announced. 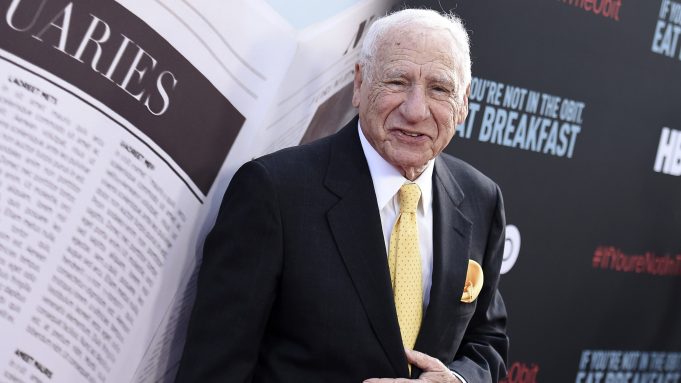 Mel Brooks has been set as the 2021 recipient of the Los Angeles Film Critics Association’s Career Achievement Award.

LAFCA’s members will decide on other honorees December 12. They will be honored alongside Brooks early next year.

“Bringing filmmakers and movie fans together to celebrate the moving image is at the heart of AFI Fest,” said Sarah Harris, Director of Programming for AFI Festivals. “The excitement of all festival goers to be together in the theaters once again was electric. This year’s festival has truly shown everyone the power of the art form to lift our spirits when it’s needed the most.”

The Paley Center for Media will present a workshop, STEAM to Screen, giving students from - high school through college - a chance to hear from and connect with professionals who use STEAM skills in their jobs within the media industry. 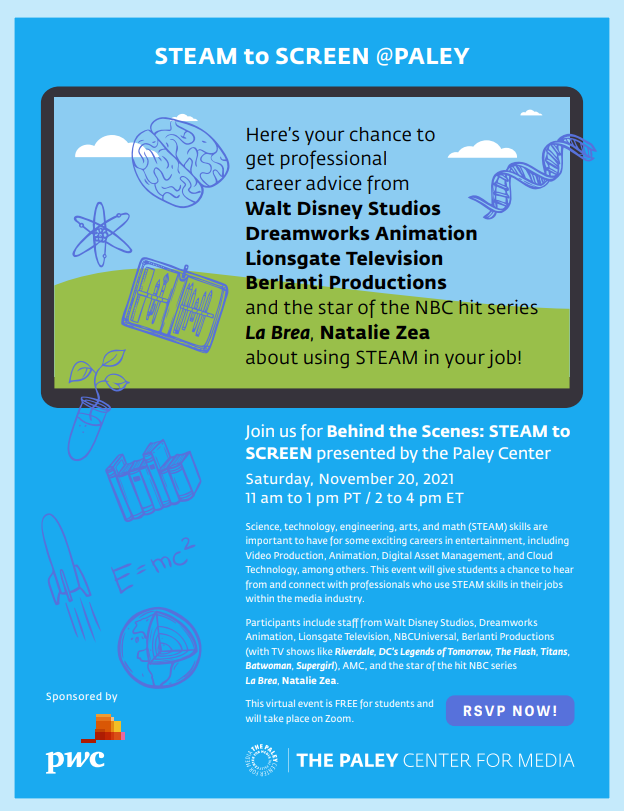 This Saturday, November 20 from 2-4pm ET (11am-1pm PT), The Paley Center for Media will present a workshop, STEAM to Screen, giving students from - high school through college - a chance to hear from and connect with professionals who use STEAM skills in their jobs within the media industry. Those professional participants will include staff from Walt Disney Studios, Dreamworks Animation, Lionsgate Television, NBCUniversal, Berlanti Productions, (with TV shows like Riverdale, and the DC comics universe like DC's Legends of Tomorrow, The Flash, Titans, Batwoman, Supergirl...),  and the star of the NBC hit series La Brea, Natalie Zea.

AFM: Why Indie Filmmakers Are Betting on NFTs 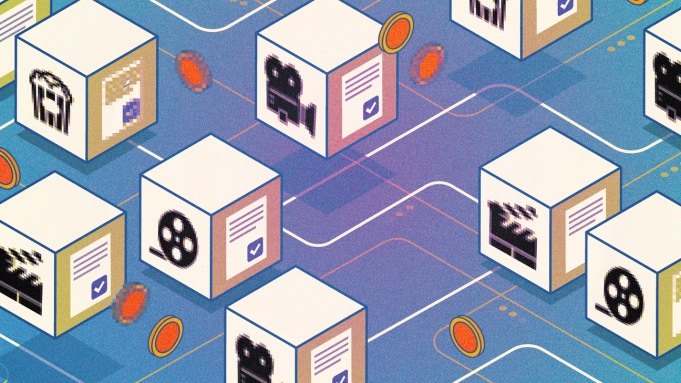 In the indie space, Motion Picture Exchange (MPX), ahead of this year’s American Film Market (AFM), closed a deal for traditional distribution and NFT rights to its throwback music comedy Electric Jesus with 1091 Pictures. 1091 will release custom-made digital collectibles connected to the feature, which stars Brian Baumgartner, Judd Nelson and Shawn Parsons in a story about a Christian hair metal band in the 1980s.

“From a customer perspective, NFTs give entertainment fans a way to truly own their experience with their favorite content,” MPX boss James Andrew Felts told THR. “In a post-physical market, this will become an evolution of a prized DVD collection, a poster of your favorite movie or a ticket stub from a memorable night at the cinema. From a business perspective, this new consumer behavior, powered by blockchain and web 3.0, will open the door to entirely new ways of distributing content — new rights, new windows and new revenue streams.” 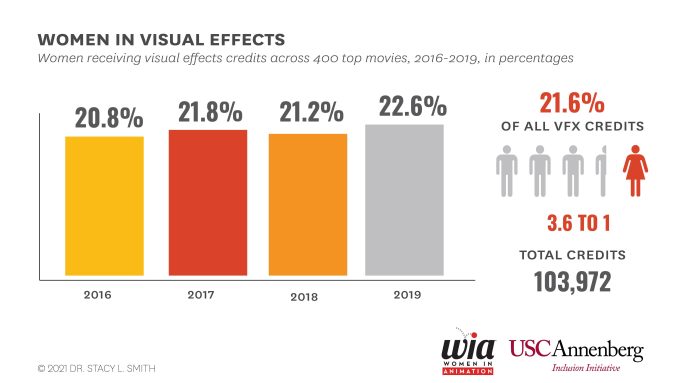 Women In Animation and USC’s Annenberg Inclusion Initiative today unveiled the findings of their latest joint study, “Invisible in Visual Effects,” looking at women’s participation in the VFX industry.

The quantitative study specifically examined women working across 400 top-grossing films from 2016 to 2019, assessing their overall prevalence and leadership credits. It also explored the prevalence of women within the executive ranks of 60 VFX companies, and awards recognition for women in the VFX arena. The study was complemented by a qualitative investigation, consisting of 82 in-depth interviews with women in VFX and industry decision-makers, the ultimate finding being that the overall participation of women in VFX is “very low.”

‘Encanto’ Will Have a Spanish Language Release Across the U.S. — & Here’s How You Can Experience It 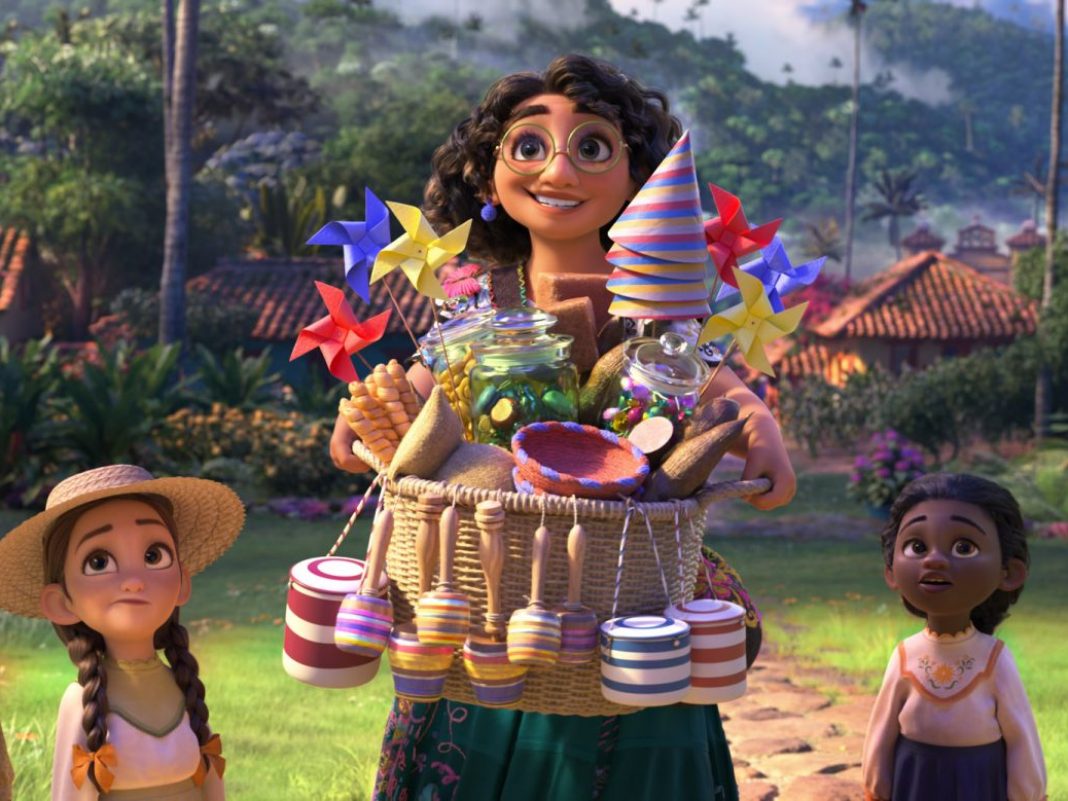 Disney fans are going to have the opportunity to experience Encanto in Spanish when it hits theaters this November. And honestly, it feels like a dream come true.

Set in Colombia, it tells the story of a young woman who is part of a big and magical family while living in a matching magical house. And just from the trailer alone you know it’s going to be an adventure like we haven’t seen before. Considering where it’s set, a Spanish-speaking country, it makes sense to release this movie, not just in English, but in Spanish as well. 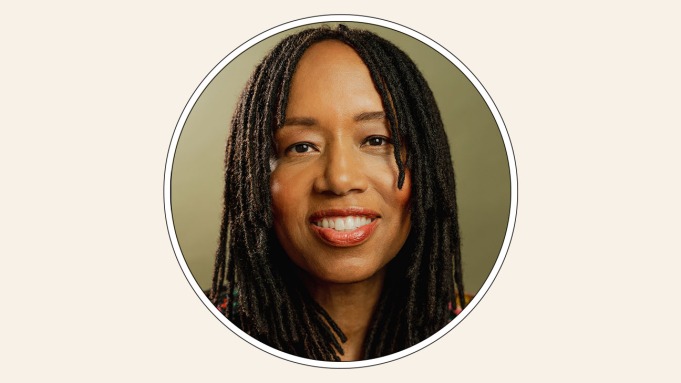 Kathryn Busby has been tapped to replace Christina Davis in the role, reporting to Starz CEO Jeff Hirsch. Davis departed in June after a mere 13-month run in which she replaced longtime programming chief Carmi Zlotnik. The latter departed in January 2020 after more than a decade run atop the now Lionsgate-backed premium cable network.

In her new role, Busby will lead programming and development teams for the cabler, which focuses on stories by, about and for women and underrepresented audiences. She brings with mer more than 25 years of experience.

Activist and nationally bestselling author Julissa Arce's new book, You Sound Like a White Girl: The Case for Rejecting Assimilation 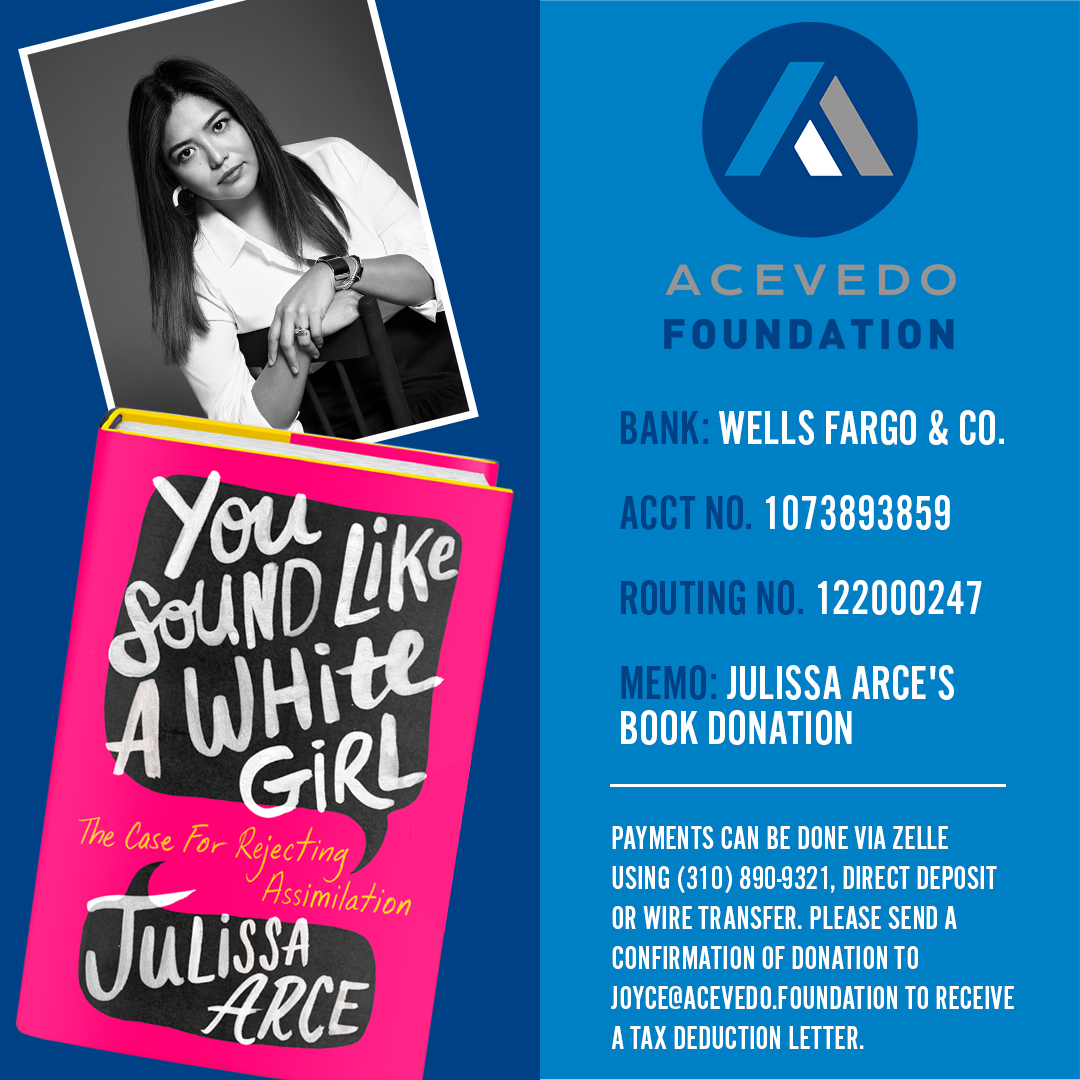 You can become a "Madrina or Padrino" and help get this important book into the hands of Black and Brown girls of the LA Promise Fund program. You can pledge 25, 50, 100, or more books to these schools. I am personally pledging to buy and donate 100 books, will you join me in supporting this initiative? Any amount will make a difference.
More about the book is below. If you would like a PDF of the book for your review only, please let us know.
About the Book:
In You Sound Like a White Girl: The Case for Rejecting Assimilation, nationally bestselling author, Julissa Arce, interweaves her own experiences with cultural commentary in a powerful polemic against the myth that assimilation leads to happiness and belonging for immigrants in America in her new book, You Sound Like a White Girl: The Case for Rejecting Assimilation. Instead, she calls for a celebration of our uniqueness, our origins, our heritage, and the beauty of the differences that actually make us Americans.
About Julissa:
Julissa Arce is a nationally recognized author, speaker, and social justice advocate who, with America Ferrera, is currently developing and executive producing a television series for a major network optioned from her memoir, My (Underground) American Dream. Her young adult memoir, Someone Like Me, is used in classrooms across the country. Arce is a Crooked media contributor, a frequent writer for TIME Magazine, and has provided political commentary across numerous TV networks including NBC News, Bloomberg TV, CNN, and MSNBC. She is the founder of the Ascend Educational Fund, a college scholarship, and mentorship program for immigrant students regardless of their immigration status. She lives in Los Angeles.