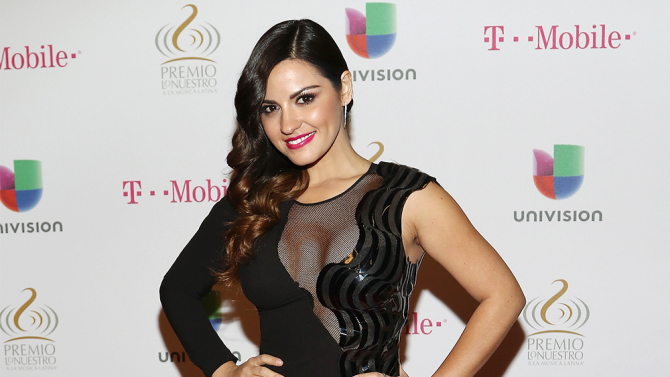 Mexican thesp-model-singer Maite Perroni has signed with Paradigm in a crossover bid to the U.S. entertainment biz. Paradigm will represent Perroni across the board in TV, music, film, and endorsements.

Perroni is the latest addition to Paradigm’s burgeoning roster of Latino talent numbering 25 to 30 at present, including filmmakers Ciro Guerra from Colombia and Cuba’s Alejandro Brugues. In recognition of the growing demand for Latino talent in the biz, Paradigm has amped up efforts to build its Latino talent base in the last 18 months.

Perroni’s multiple talents were first tapped in Televisa’s 2005 youth-targeted telenovela “Rebelde,” which spawned hit pop group RBD featuring Perroni as the lead singer. The telenovela, a remake of Argentine hit series “Rebelde Way,” revolves around a group of students in a private boarding school who form a band.

She has since starred in some of the most successful telenovelas produced by Televisa, including “Cuidado con el Angel” (Careful With the Angel); “Mi Pecado” (My Sin); “Triunfo del Amor” (The Victory of Love) and “La Gata” (The Cat). Perroni invariably performed the title tracks for these shows, all of which went on to become hit singles. She is the most nominated artist at Warner Music Latina.

Named one of the ‘50 Most Beautiful People in the World’ for seven consecutive years by People en Espanol, Perroni became the first Latina to have a Barbie doll fashioned after her. She was the only Mexican selected by TC Candler among the top 10 of the “100 Most Beautiful Faces 2014.”

Fluent in English, Perroni is a household name in U.S. Hispanic homes via Univision, which airs the bulk of Televisa’s primetime programming via a long-term supply deal. She has also hosted Univision’s top-rated awards show “Premio lo Nuestro” and the 25th Annual Hispanic Heritage Awards.