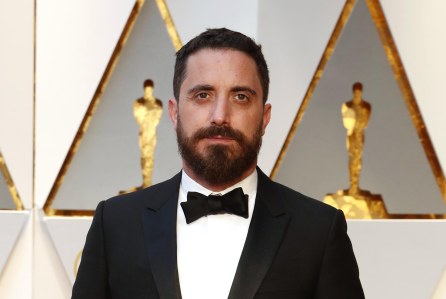 Pablo Larraín is set to direct Annapurna Pictures’ ‘The True American.’ The drama has Tom Hardy attached to star and was going to be directed by Kathryn Bigelow, who has now taken a producer role instead.

The project has been around for a while, but has not moved forward until now. According to Deadline, Megan Ellison, Bigelow, Matthew Budman and Juan de Dios Larraín are also producing the film. Annapurna Pictures is responsible for film such as ‘20th Century Women,’ ‘Her’ and ‘American Hustle.’

The film is based on Anand Giridharadas’ 2014 nonfiction book “The True American: Murder and Mercy in Texas.” It follows Muslim immigrant and Bangladesh Air Force veteran Rais Bhuiyan. In the days following 9/11, he barely survives a killing spree that ends the life of two other immigrants. However, Bhuiyan works to have his attacker, self-named the “Arab-slayer” Mark Stroman, spared from execution.

Larraín’s name is internationally known for his films such as ‘Neruda,’ ‘No,’ and more recently ‘Jackie,’ starring Natalie Portman and which was nominated for three Academy Awards. Aside from directing, the Chile native is also a major producer through his company Fabula.

‘The True American’ has no release date yet, but when it does hit theaters, we’ll be sure to see another great Larraín film.