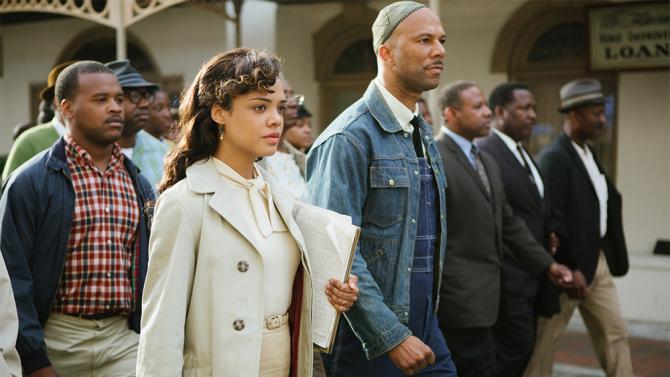 The industry’s lack of diversity definitely needs solutions. But the furor over the nominations for the 87th Academy Awards is a case of misplaced outrage.

The protests are doomed to frustration, because Oscar voting involves secret ballots and individual tastes, which cannot be quantified. So a lot of lofty theories are being presented as fact, when the focus should be on hiring practices, which can be quantified.

The Sundance Institute and Women in Film unveiled a study done with USC/Annenberg examining the top-100 grossing films each year from 2002 through 2012 (which were often big-budget films). Only 4.4% had women directors.

Nearly half the 6,000 members of the Producers Guild of America are women, Lydia Dean Pilcher of the PGA Women’s Impact Network told Variety last year. But the top 10 films at the 2014 boxoffice collectively had 27 producers, only seven of whom were women.

Of that top 10, just two starred women (“Maleficent” and “the Hunger Games: Mockingjay — Part I”). Six of the 26 writers were women. And all those women were Caucasian. All 10 films were directed by Caucasian men and featured ensemble casts that were predominantly white and male.

So do we blame the audience for patronizing these films, or the studios, or the guilds, since the crews were overwhelmingly white men?

The Academy declared 323 films eligible for Oscar. If blacks are 14.1% of the population, we should be debating 45 films (14.1% of the 2014 releases) and not just one. And we should be talking about 161 films made by women directors. And what about Hispanics (17% of the U.S.), Asians and the LGBTQ community?

The nominations are a clue to something, but it isn’t AMPAS bigotry. The Academy reflects the industry and the AMPAS honchos have been working hard to diversify membership and to work on diversification within executive and creative ranks. It all starts with the hiring.

Since we’re pointing fingers, we can certainly blame the media for throwing gasoline on the fire by bemoaning the Academy’s “appalling” snubs of Paramount’s “Selma,” director Ava DuVernay and star David Oyelowo, presenting theories as fact. Since the film got only two nominations, including best picture, people are assuming it had little support.

Here’s an alternate theory. Each AMPAS member nominates within his/her own branch, but everyone votes for best film. So maybe a large number of Academy voters actually did vote for DuVernay and Oyelowo but each came in at No. 6 or No. 7 in categories that only accommodates five.

Since best picture this year has eight contenders, placing sixth or seventh would be enough to get a nomination. That would explain how it ended up in the best-picture race but received no other noms except for song.

This is a plausible scenario. But the point is, it’s only a guess, just as every other pronouncement is. We don’t know if the 6,124 individuals liked the movie or loved it or even watched it (unlike guild members, Academy members did receive screeners).

Journalists and social media insistently pointed out that it’s the first all-white acting lineup since 1998. This glosses over the fact that the actors’ lineup has been diverse for 16 years. So one hopes 2014 is an unfortunate glitch.

Anger over the nominations is insulting to people who were nominated; everyone on the Jan. 15 list deserves to be there. Sadly, others also deserved to be there. They didn’t make the top five, but that doesn’t mean no one voted for them.

The controversy also creates unfair pressure for Paramount and the makers of “Selma”: They just wanted to reach audiences with a thoughtful and emotional film, but “Selma” has become a symbol and a socio-political football.

As a final note, much of the Oscar coverage has lamented the fact that AMPAS membership is overwhelmingly white, with an average age of 62. Does that automatically make them narrow-minded and out-of-touch? Academy voters gave Oscars to “12 Years a Slave,” Kathryn Bigelow, “Her,” “Girl With the Dragon Tattoo” and “The Social Network,” for example, which aren’t exactly fuddy-duddy choices.

In some cultures, age and experience are respected, as incredible as that sounds. People pointing fingers at the Academy are not going to stamp out prejudice by creating new bigotry. They need to go to the root of Hollywood: hiring, and giving a break to a wide variety of artists.