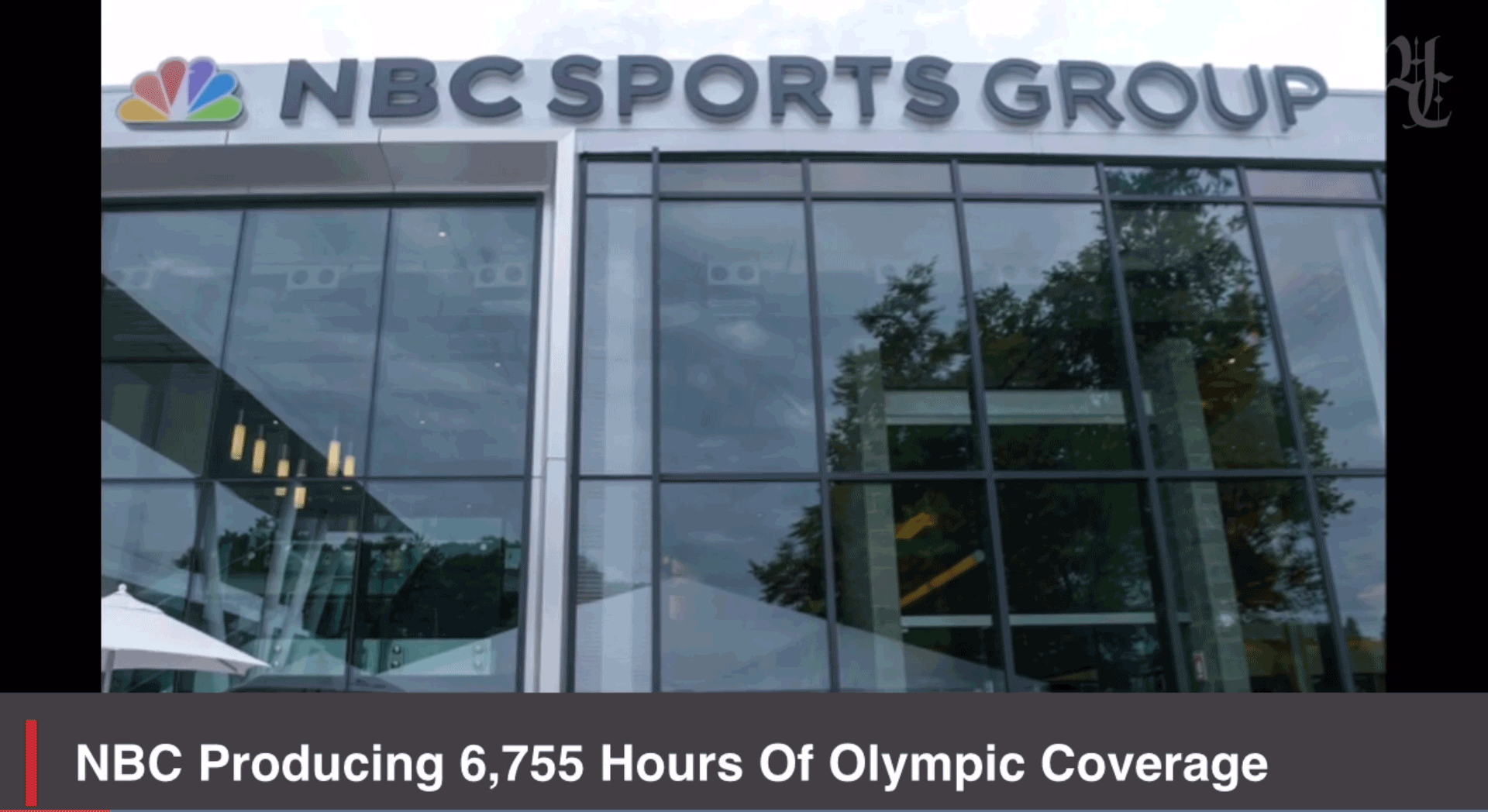 As the United States leads the Rio Olympics with the most medals of any country, NBC is struggling to win ratings gold this season as TV viewing habits and online consumption have become a game changer for the network.

NBC's coverage of the Games is drawing audiences three times bigger than ABC, CBS and Fox combined. But while the relative ratings strength of the coverage remains formidable, the seismic shift toward online viewing has kept the Nielsen numbers from being as big as NBC hoped.

The average audience of 27.8 million viewers through the first 10 nights is down 17 percent from the 2012 Games in London.

With more competition airing live in prime time, NBC counted on the Rio Games' ratings to be as good or better than London, the most-watched Olympics held outside of the U.S.

NBC executives aren't tossing in the towel just yet on this year's Games. NBC Sports Group Chairman Mark Lazarus described the Rio Games as "the most economically successful" in history, factoring in the audiences for coverage on NBCUniversal's cable networks and NBC's free online streaming app.

"NBC's broadcast is not the only way people are consuming the Olympics," Lazarus said. "Just like the way newspapers and magazines are not only consumed in print."

Through Sunday, online users have streamed 1.86 billion minutes of NBC's Rio coverage, topping the combined number for London and Sochi, Russia. The network is making videos of every Olympic event available on its app and it is streaming its prime-time coverage of the Games for the first time.

NBC is also airing Olympics coverage on NBCUniversal's cable networks NBCSN and Bravo during prime time, giving viewers an alternative to the events airing on the broadcast network. But the growth online reflects the dramatic change in viewing habits over the past four years, making even a typically surefire TV event as the Olympics vulnerable to how viewers are consuming content.

In the summer of 2012, Netflix had 25 million subscribers in the U.S. Now it's up to 46 million. Millennials spend just over half of their TV viewing time binge-watching programs, according to a recent study by GfK Research, and spend far less time watching live. Prime-time TV usage overall among 18- to 34-year-olds has declined 25 percent since the 2012-13 season.

"The number of available viewing choices has grown exponentially over the years and with that choice comes some level of fragmentation that we know will inevitably continue to grow," said Billie Gold, vice president and director of programming research at Amplifi US, a media buying service.

Gold believes that the drop in TV viewing of the Games among viewers ages 18 to 49 — down 25 percent compared with 2012 — can also be attributed to the availability of Olympic content online both through NBC and social media.

"Younger viewers have learned to consume content differently, knowing that if they miss a particular event they can always catch the highlights in the news or online," she said.

NBC's own research on Olympic audience habits has shown viewer migration to streaming.

Alan Wurtzel, president of research and media development for NBC, said that among the viewers surveyed who tuned in the first three days of the Rio Games, 80 percent said they are using TV and one other device, most likely a smartphone, to follow the event. That figure is up from 61 percent for the 2014 Winter Games in Sochi.

"Almost half are using more screens to watch than ever before," Wurtzel said.

But Andrew Zimbalist, a professor of economics at Smith College, believes that technology is not the sole reason younger viewers are watching less Olympics coverage on TV. "There is a cultural shift," he said. "Young people today don't watch as much television. When they do watch sports on television it's because they are in a fantasy league."

The Games' home base in Rio has also made headlines. In the run-up to the Games, NBC executives maintained that reports about Zika virus fears, extreme water pollution and economic strife in Brazil would not be a factor for audiences. But the news has not gotten any better, as four members of the U.S. Olympic swimming team were robbed at gunpoint in Rio early Sunday and officials struggled to clean up the green-tinged water at the Maria Lenk Aquatics Center.

Amplifi's Gold said London may have simply been a more appealing venue for U.S. TV viewers, even if its time zone meant seeing competition packaged for prime-time hours after the results were in.

"Americans have a great affinity toward Britain, its royal family and its music and it is almost an extension of ourselves," she said.

Despite the lower-than-anticipated TV ratings, NBC still expects a healthy profit — more than $120 million — on the record $1.2 billion in Olympic ad sales it booked. The figure includes dollars spent for online ads, but the bulk of the revenue comes from TV commercials.

An additional $30 million in ad time was sold after the Games began. But some of the commercials NBC had available going into the Games will have to be used to make up for the prime-time audience shortfall.

The Rio Games are averaging a 15.4 household rating, according to Nielsen, below the figure in the high teens that NBC guaranteed to advertisers. Lazarus does not anticipate a problem meeting that commitment.

"Overall our ratings consumption is meeting our expectations," Lazarus said. "The mix is just a little different. Cable and digital are continuing to grow at a fast rate."

Broadcast TV is still the biggest outlet for the Olympics. When that is no longer the case, NBCUniversal will be able to adapt its deal with the International Olympic Committee to whatever platform people prefer to watch the Olympics on. The company has more than $12 billion in rights fees tied up in the Games until 2032.

"We have provisions in our contract," NBCUniversal Chief Executive Steve Burke said last month. "If the predominant way of viewing changes over the next 16 years, we're allowed to change the way we present the Games."