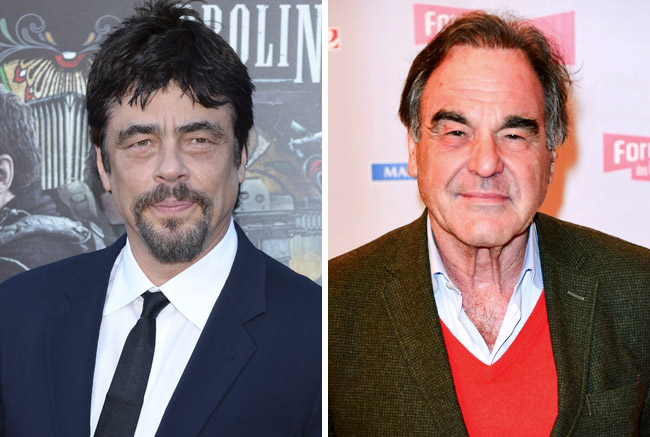 Sicario star Benicio Del Toro will lead the cast in Oliver Stone’s next directorial outing White Lies. The three-time Oscar winner Stone has written the script for the intimate New York-set drama, which tonally will mark a departure for the big-canvas director.

In a story covering three generations, the film will follow Jack (Del Toro), a child of divorce now repeating his parents’ mistakes in his own marriage and with his troubled son. Feeling trapped, he embarks on a lust-filled journey to free himself, but only becomes more lost. When he meets a woman whose life is the opposite of his own, he begins a journey of rediscovery.

Production is scheduled to begin in New York in spring 2019. Additional casting is underway.

Nighthawk Capital Limited is financing the film, which will be produced by Fernando Sulichin with Ross Katz (Lost In Translation). Sulichin’s New Element Media, which has worked with Stone on movies including Snowden, Savages and Alexander, raised the financing.

Del Toro will next be seen in the Ben Stiller-directed Showtime limited series Escape At Dannemora debuting this fall. He recently starred in Sicario 2: Day of the Soledado, Avengers: Infinity War and Star Wars: The Last Jedi.

Stone most recently produced and directed TV interview series The Putin Interviews, which aired on Showtime. His latest movie was the 2016 feature Snowden starring Joseph Gordon-Levitt as whistleblower Edward Snowden.