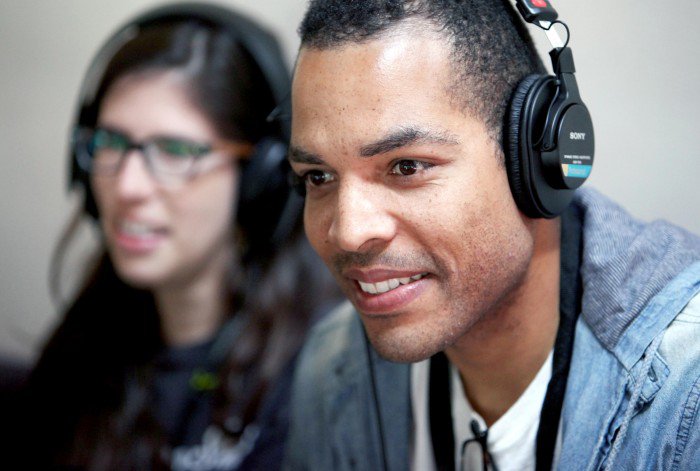 2015 marks the 18th year that Filmmaker Magazine has published its coveted annual list of emerging directors, producers, actors, and animators, titled “25 New Faces of Indie Film”; 18 years that have seen two wars, three presidents, global power shifts, and profound demographic transformations. Those of us who have at least vague memories of the late 90s probably wouldn’t be surprised to know that Filmmaker’s first two lists featured exactly zero Latino filmmakers. But we live in a different world now, and the “25 New Faces List” has steadily diversified over the years in an apparent effort to keep up with changing times.

Well, sort of. Last year’s list featured one Latina filmmaker in the form of Panamanian by way of New York up-and-comer Janicza Bravo, while 2013 brought us Mexico City-born director Rodrigo Reyes alongside Lyric R. Cabral of the much buzzed about upcoming doc (T)error. This year, however, Latinos went ahead and knocked it out of the park with a total of four U.S. and Latin American artists gracing the list, amounting to a record number that still comes nowhere close to the 17% of the U.S. population we represent. But hey, poco a poco, verdad?

Unsurprisingly, half-Puerto Rican NYU grad Reinaldo Marcus Green made the list after his short film Stop turned heads at its Sundance premiere earlier this year. His big bro and producing partner, Rashaad Ernesto, was featured on the same list only five short years ago, which could signal an emerging Afro-Latino indie film dynasty. Fellow boricua Cecilia Aldarondo also earned a slot despite the fact that this double-MFA interdisciplinary artist has never actually made a film. It seems like some folks from Filmmaker caught a preview screening of her debut documentary Memories of a Penitent Heart, about her gay uncle’s struggle for acceptance within the Puerto Rican community, and were convinced enough to give her a co-sign even before the project was completed.

Representing for Mexico, Juan Pablo González is a born-and-bred Tapatío from the great city of Guadalajara who, after pursuing a career in advertising, decided to carry out studies in film production at The University of Texas at Austin. His latest short doc, Solitude, left a pretty deep impression on the Filmmaker staff for its melancholy, elegiac narrative of suicide, loss, and family. He’s currently in development on a narrative feature about the Mexican community in South Texas.

Rounding out the list with a lusophone touch, Brazilian-American Jamie Gonçalves produced the Tribeca hit Tom Swift and his Electric Rifle, which, despite the twee title, is an incisive exploration of the ethically dubious taser industry, and its overuse by U.S. police forces. It’s certainly a timely piece, but director Nick Berardini had actually been wrestling with the subject since 2008. The duo is planning more collaborations in the future.

So cheers to Filmmaker, and cheers to Latino directors for giving them something to write about. Next year, let’s make it five.