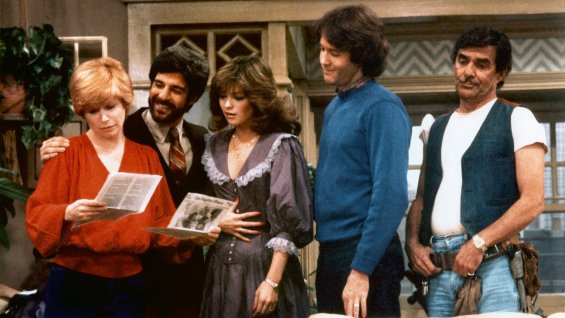 Sitcom king Norman Lear is looking to revive one of television's most groundbreaking comedies.

The legendary producer is in talks to revive 1970s comedy One Day at a Time with an all Latino cast,The Hollywood Reporter has confirmed.

As first reported by TV Insider, the potential series would be produced by Sony Pictures Television, whose T.A.T. Communications and Embassy Television produced the original.

The new comedy would be an English-language remake and a co-production of SPT and Televisa USA. No deals are currently in place and the project is in the early stage of discussion.

The original series ran for nine seasons on CBS from 1975-1984 and starred Bonnie Franklin as a divorced mother who moves with her two daughters (Mackenzie Phillips and Valerie Bertinelli) to an apartment building in Indianapolis where the family becomes friendly with the super, Schneider (Pat Harrington).

The series was hailed for its portrayal of a divorced woman and its ability to tackle serious issues, including feminism.

Lear produced the series, which was created by Whitney Blake and Allan Manings, a husband-and-wife duo who based the show on the former's life as a single mother raising her daughter — actress Meredith Baxter.

Sony previously attempted a Spanish-language take on One Day at a Time with Telemundo in the 1990s. Lear has also considered putting a new spin on All in the Family as well.

Plans for a Latino-focused One Day at a Time revival come as more and more broadcast networks are focused on creating diverse programming that better reflects society. ABC has found success with Latino family comedy Cristela as well as Black-ish, and its upcoming Asian-American half-hour Fresh Off the Boat is already generating positive reviews.