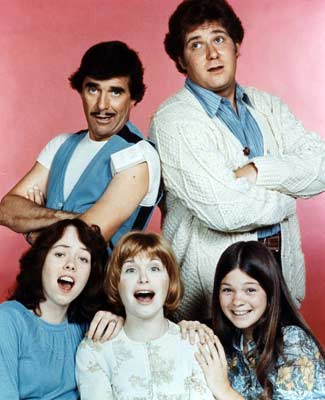 Longtime sitcom hit-maker Norman Lear may be on the verge of remaking his once-popular series "One Day at a Time," this time with a Latino cast of characters.

Long regarded as one of the industry's greatest visionaries, Lear shared news of his announcement during Saturday's Television Critics Association press junket in Beverly Hills. Variety reports the legendary producer was on hand to promote his new PBS special "American Masters."

"I just love the idea because I don't see enough of that representation on the air in any place," Lear said of Latino families on television. "I don't mean to say it doesn't exist - I don't see it any place. There isn't enough of it, and I think it's a rich idea."

The remade show could hit airwaves as soon as January 2016 and Lear added he hopes to have more concrete information within a couple of weeks. Lear said he has been in talks about the potential project for months now and already has a cast in mind, though he declined to name names.

"The kids may be a boy and a girl," he said. The original comedy, which aired on CBS for nine years starting in 1975, starred Mackenzie Phillips and Valerie Bertinelli as the teenage daughters of Bonnie Franklin.

Lear added he would also like to add a grandmother to the cast this time around. "I want her to have a mother so there are three generations of Latino women," he said of Franklin's character.

If "One Day at a Time" in fact returns, it would be one of many revival series making their way back to TV including the upcoming "Coach" sitcom on NBC, Netflix's "Full House" reboot, in which John Stamos is expected to reprise his role as Uncle Jesse, and Fox's "X-Files" limited series, plus "Xena" which is being eyed at NBC.