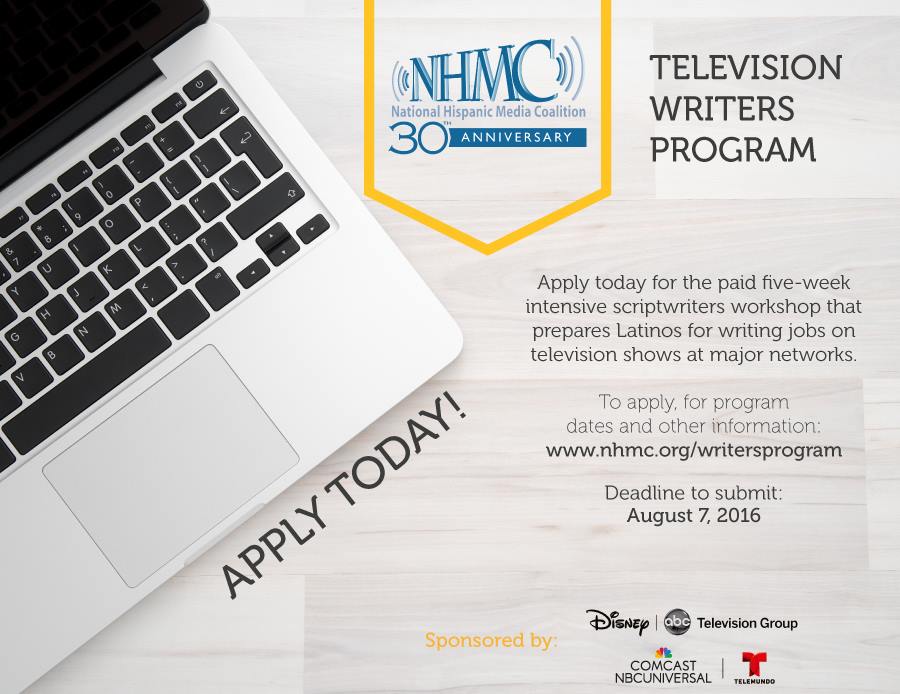 Are you an aspiring television writer looking to hone your writing skills? The National Hispanic Media Coalition (NHMC) invites you to apply to its annual NHMC TV Writers Program which will be taking place this fall. The program is a direct response to the lack of diverse writers in primetime network television.

The NHMC TV Writers Program focuses on the writing of an original TV pilot or a spec episode of a series currently on TV, conducted in an environment that simulates a TV Writers Room. The paid, five-week, total immersion workshop is guided by former NBC V.P. of Script Development, Geoff Harris and is conducted in Studio City, California. A total of 10 writers are accepted nationwide from an established network of non-profit agencies, schools, universities, guilds and media organizations. The goal is for writers to develop the skills necessary to obtain employment in the industry.

For more information and to apply please visit NHMC's website at www.nhmc.org/writersprogram.