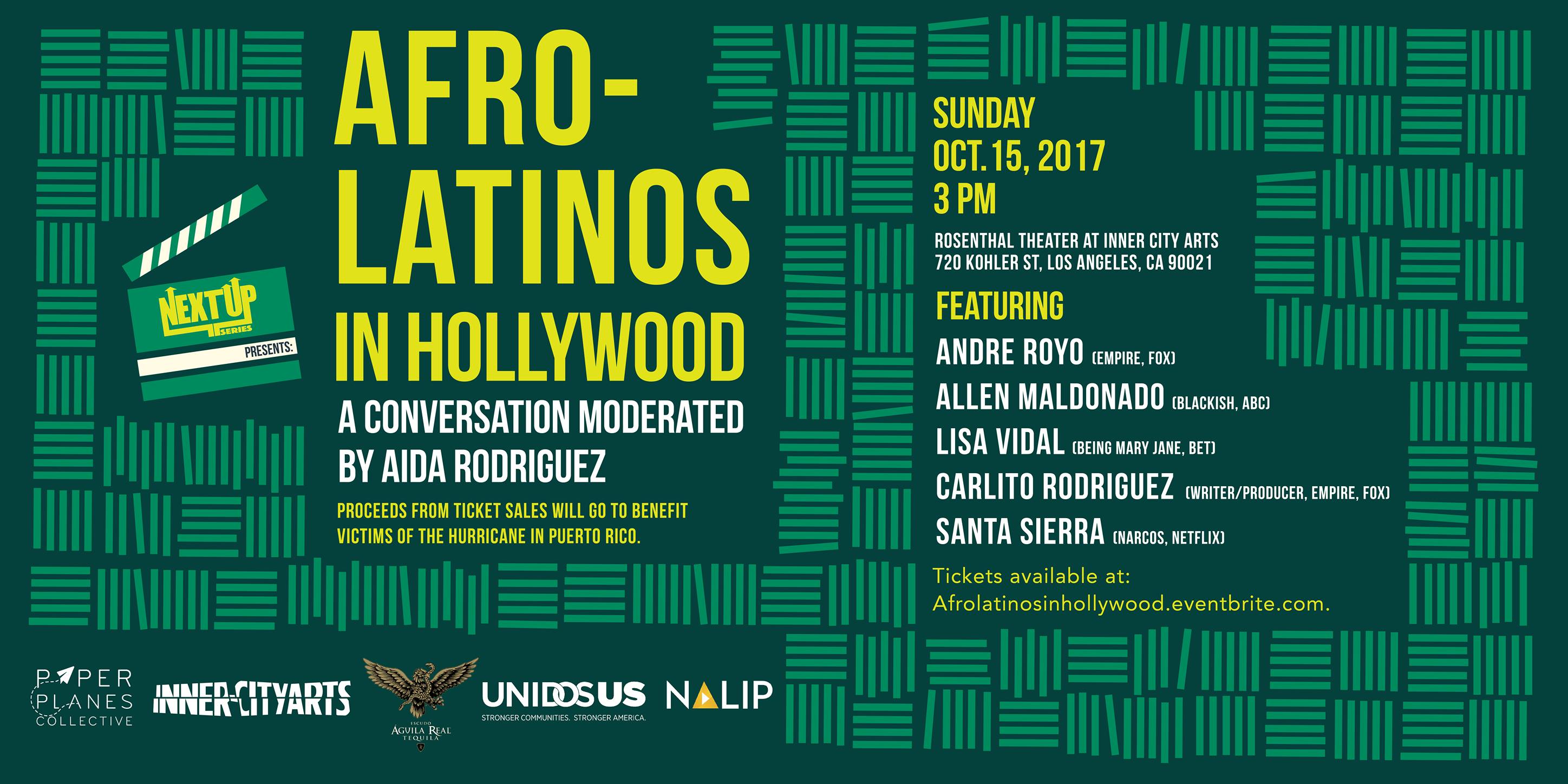 In honor of Hispanic Heritage Month, please join as Afro-Latinos in Hollywood are highlighted. Great honor to have this group of amazingly talented actors, writers, and producers sharing their stories of what it means to be an Afro-Latino navigating the Hollywood landscape. Doors open at 2:30pm at Rosenthal Theater At Inner City Arts in Los Angeles.

Proceeds from the sales of the tickets will be donated to UNIDOS POR PUERTO RICO, helping the victims of the recent hurricane in Puerto Rico.

Andre Royo (Actor, Producer, and Writer.) He is best known for his role as Reginald "Bubbles" Cousins on the HBO crime drama series The Wire. Royo currently appears on the hit drama Empire on FOX.

Lisa Vidal (Actress) - Recently seen on the BET series Being Mary Jane, which premiered to record numbers, Lisa also recurred on the Emmy-nominated series Shameless and on American Horror Story for F/X.