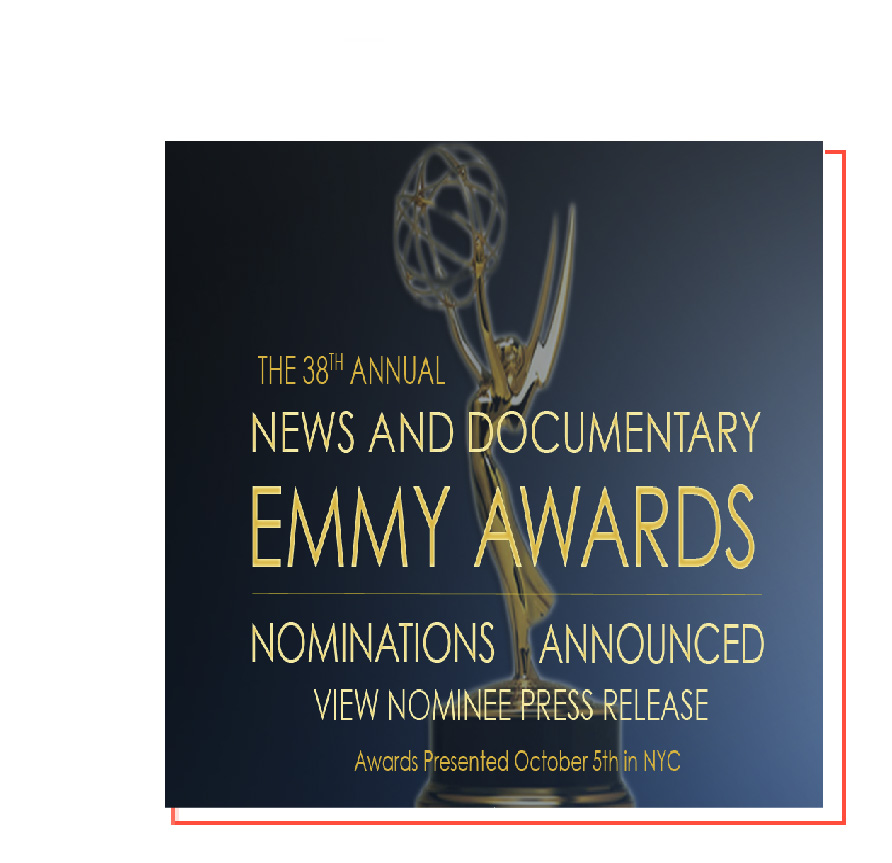 On Tuesday, July 25, 2017, the 38th annual News and Documentary Emmy® Awards were announced by The National Academy of Television Arts & Sciences. The News & Documentary Emmy Awards will be presented on Thursday, October 5th, 2017, at a ceremony located in the Lincoln Center’s Frederick P. Rose Hall in the Time Warner Complex at the Columbus Circle in New York City. The event is expecting to have more than 1,000 television/news media industry executives, news/documentary producers, and journalists.  A total of 49 categories will be receiving awards!

Here's a few of the names listed as nominees:

Congratulations and good luck to all the nominees, we will be sure to tune in October 5th.

Click here to see the rest of the companies and nominees.