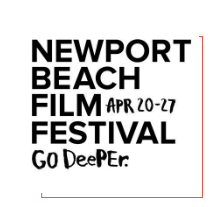 The California sun, a cool sea-side breeze and plethora of indie films - that’s what attendees were treated to this week during the 18th Newport Beach Film Festival. This year’s festival featured over 350 films in theaters all over Newport Beach and Costa Mesa. Yet, the real spotlight is on the 50 countries highlighted through these films, including a Latino Showcase that featured films from Chile, Brazil and Mexico.

Up next was Mexican film ‘The Empty Box (La Caja Vacia),’ which is about a woman who is tasked with taking care of her sick and estranged father. Directed by Claudia Sainte-Luce, the film highlights the woman’s stages of trying to reconnect with a man she hardly recognizes anymore.

Finally, the showcase ended with Chilean film ‘Family Life (Vida De Familia).’ Directed by Alicia Scherson and Christían Jiménez, the film follows a lonely man who fabricates the existence of a vindictive ex-wife withholding his daughter in order to gain a single mother’s attention and sympathy. However, as their passion for each other grows, the truth looms above their relationship.

These films not only represent Latinx culture, but also embody the festival’s slug line, “Go Deeper.”

“It’s the idea that through film, we have different messages that are being conveyed, so you have to go deeper,” said Festival Co-Founder and CEO, Gregg Schwenk in an interview with Newport Beach Independent.

Boasting 50,000 attendees over the span of seven days, the festival also had a UK Spotlight, an Irish Spotlight, an European Showcase, a Youth Film Showcase and a Pacific Rim Showcase.

“The Newport Beach Film Festival is for people who want a different, more interactive, sometimes more intellectual, experience,” Schwenk told NBI. “We can be creative and celebrate things that unite cultures.”