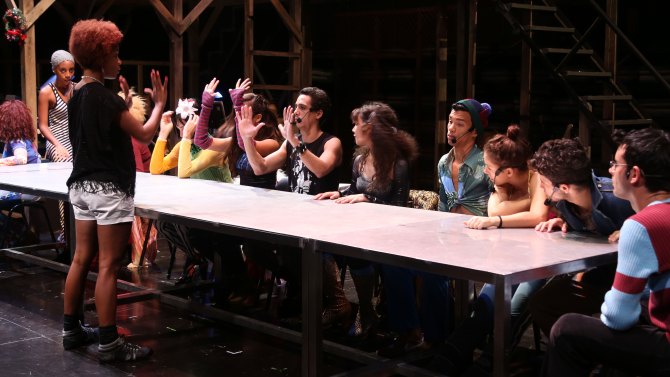 Political reaction to the historic U.S.-Cuba joint bid to normalize relations may be polarized, but the response from both countries’ artistic communities has been close to ecstatic.

Bickford had to use Puerto Rico and Mexico to double for Cuba in Steven Soderbergh’s 2008 two-part biopic about Cuban revolution leader Che Guevara. “We look forward to traveling to Cuba without needing a license and collaborating with Cuban talent in a less cumbersome way,” said Bickford, who also produced Benicio Del Toro’s short for the 2012 Spanish-language anthology “Seven Days in Havana.”

They were allowed to conduct research in Cuba, and to shoot Del Toro’s “cinema verite” docu short in Havana because their expenses were nil, and because documentaries are allowed. But at present, U.S. filmmakers are generally not allowed to hire Cuban actors or crew, or make movies with them, said Bickford.

To shoot his Hemingway biopic “Papa” in Cuba, producer-helmer Bob Yari reportedly had to secure a U.S. Treasury Department license exempting the production from restrictions imposed by the U.S. embargo, now in its 54th year. Since it reenacted firsthand accounts of true events, “Papa” qualified as a documentary.

While some U.S. filmmakers have managed to bend the rules to some extent, it hasn’t been that easy for Cuban filmmakers.

“Despite interest from U.S. producers, the embargo forbids us to associate with them; I believe the situation will change from now on,” said Calvino, who cites instances when they’ve tried to secure music rights, Dolby licenses and other U.S.-based services to no avail.

“It’s still early days but it would be fantastic if American producers could invest in Cuban films,” said Brugues. “It’s an exotic country rich in history with marvelous people, and a storied tradition in cinema.”

At the Havana Intl. Film Festival in early December, he observed people lining up for hours and filling up Havana’s large 2,000-seat theaters. He also noted that for the first time the festival projected digital-formatted (DCP) pics in select theaters. “It’s only a matter of time before Cuba catches up with the rest of the world, and all theaters on the island go digital like everywhere else.”

Broadway producer Robert Nederlander of Nederlander Worldwide Entertainment is staging “Rent” for the first time in Cuba starting Dec. 24 for a three-month run.

Featuring an all-Cuban cast, it will be the first full Broadway musical in Cuba in more than 50 years.

Among the new exceptions unveiled, public performances, workshops and athletic competitions, which used to require approval on a case-by-case basis, will now be open to general travel licenses to Cuba.

“This will streamline the process,” said Nederlander, who recalls it took him a year to get a license to mount the production and six months to find musicians and singers with the collaboration of the Cuban National Council of Performing Arts.

“It’s estimated that a trillion dollars’ worth of business has been lost to this embargo,” said Otto Padron, president and CEO of Meruelo Media Holdings, parent company of the Meruelo Group, which serves a diversified portfolio of affiliated entities with interests in a wide range of businesses including real estate, banking, distribution and media. Padron, a former Univision programming exec, manages Meruelo’s media properties, including KWHY-TV-Channel 22 and digital radio platform KDAY 93.5 FM.

In a statement, the Meruelo Group said: “As Cuban American entrepreneurs and businessmen, we applaud the president’s bold action to expand commercial opportunities and to increase trade prospects with Cuba. We look forward to lending our experience and expertise to ensure the success of this new policy that will benefit Cubans and Cuban Americans everywhere.”

Univision and Telemundo say it’s too soon to make a statement.

The possibility of more location shoots in Cuba could also open up. “It’s a great place to shoot but perhaps not in the summer when the heat is unbearable,” said Brugues. “I’d leave the summer for meetings on the beach.”

Check this out at Varitey.com