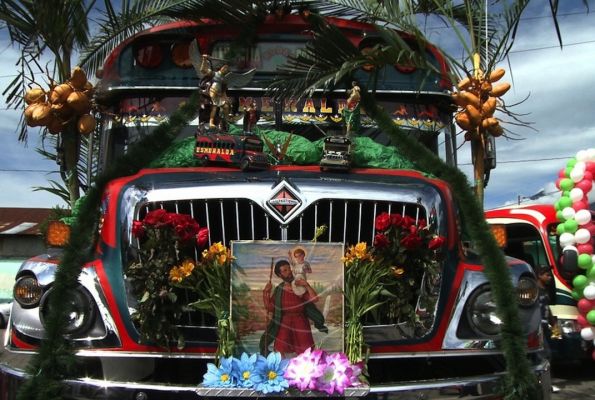 How many times have you gone to Netflix wanting to watch something but got completely overwhelmed by the options. Or, you try to look for a good Latino movie but — how the hell do you find them? You might look in the “Foreign Movies” section or under “Foreign Language” for films from Latin America but there’s no U.S. Latino movies there. Since they are in English, they aren’t labeled foreign and hence are hard to find, unless you know the exact title you are looking for. Well, that’s why we’re here. We’ve scoured Netflix and watched all the crap movies so you don’t have to.

This is a special edition list: for this weird post-World Cup / immigration hysteria era that we find ourselves in. Here are 10 Latino movies to help you better understand immigration and/or cure your PWCD (post-World Cup Depression).

In case you’ve been watching the news and this whole unaccompanied minor immigration “crisis” has got you confused, here are 5 Latino movies that will shine a light on how and why these kids are fleeing their home country…

Based on a true story, this moving film follows a young boy who must choose between enlisting in the Salvadoran army and joining a band of guerrillas. Set during the civil war of the 80s, it’s a peek into the lasting legacy that U.S. intervention has had in Central America.

Every day dozens of decommissioned school buses leave the United States on a southward migration that carries them to Guatemala, where they are repaired, repainted, and resurrected as the brightly colored camionetas that bring the vast majority of Guatemalans to work each day. Since 2006, nearly 1,000 camioneta drivers and fare collectors have been murdered for either refusing or being unable to pay the extortion money demanded by local Guatemalan gangs. La Camioneta follows one such bus on its transformative journey.

This documentary explores the interaction between the musical genre of narcocorridos, popular in both the United States and Mexico, and the violent drug trafficking culture that it draws inspiration from.

This Academy Award-nominated documentary follows three children who make a dangerous trek through Mexico en route to the U.S. border, atop the dangerous train known as ‘la bestia,’ in hopes of reuniting with their parents.

The Dream is Now

This short 30-minute documentary tells the moving story of the undocumented children of immigrants who yearn to contribute more to the country they call home.

In case you still have Post-World Cup Depression, here are 5 Brazilian movies, some about soccer some not. For whatever feels you got…

Once in a Lifetime: The Extraordinary Story of the New York Cosmos

The rise and colossal fall of the New York Cosmos, the team that brought Brazilian soccer superstar Pelé to America, as seen against the backdrop of New York in the 1970s. Steel-willed Cosmos owner Steve Ross made it a priority to bring soccer to the forefront of American popular culture, but with the sport’s new-found higher profile in America came a new set of problems: drugs, greed, and plenty of behind-the-scenes drama.

Rodrigo Santoro stars as Heleno de Freitas, one of Brazil’s greatest soccer stars. Beautiful, stylish, and incredibly gifted on the pitch, Heleno’s life would be undone by his personal demons. Arrogant, temperamental, and prone to drug abuse, he fell victim to all the temptations his worldwide fame had to offer. Exquisitely photographed in black and white, the film brings to life the glamour of postwar Latin America.

This is Not a Ball

In the months before the 2014 World Cup, artist Vik Muniz examines the global passion for soccer while creating a work made of 10,000 soccer balls.

In this gritty action-thriller, some Rio de Janeiro cops are just as crooked as the drug lords who run the slums. On the brink of retirement — and burnout — Capitão Nascimento must find a trustworthy successor to lead a dangerous mission.

Growing up in a Rio de Janeiro slum, Rocket is able to avoid being drawn into a life of drugs and crime by having a passion for photography. It’s a contemporary Brazilian classic, if you haven’t already seen it — you need to watch it now.

Check this out at Remezcla.