Netflix is on a tear, but success is uniting its enemies 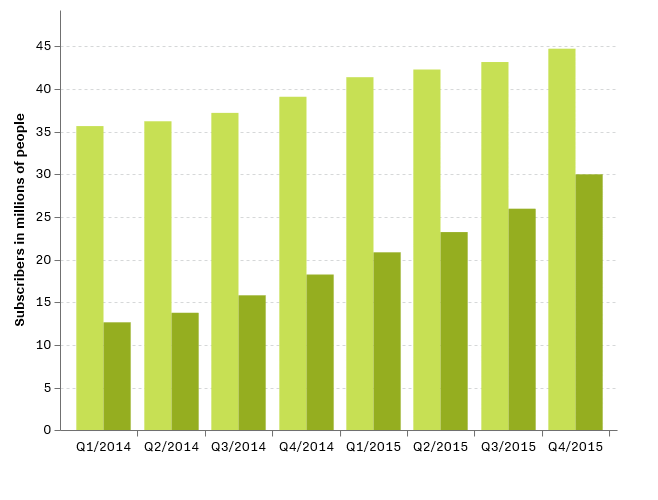 Netflix share price is up more than 121 percent in the last year. With its announcement at CES earlier this month that it has expanded to an additional 130 countries around the globe, it solidified its unique status as a broadcaster without borders, able to strip away many of the conventions and constraints of its peers in traditional television. Today it announced its fourth quarter earnings, notching $1.823 billion in revenue and $43 million in profit. The stock immediately jumped ten percent, but it wasn't the raw financials that got investors excited.

Netflix is like TV's incumbents in that it needs content, and it has to bid for the best programming against the likes of HBO, Hulu, Amazon, and many others. Its content costs have risen from under $6 billion in 2012 to more than $10 billion in 2015, with increasingly aggressive expansion planned for the years to come. In the same period its annual revenue has increased from roughly $4.3 billion to around $6 billion. But Investors have so far shrugged off this growing deficit in favor of its strong subscriber growth and international expansion.

That trend continued today. Netflix added a record 5.59 million new subscribers in the fourth quarter: 1.56 million the US and 4.04 million more internationally. Its subscriber growth in the US has been slowing for some time now, a fairly predictable outcome as it saturates that market. But its international growth is accelerating, and investors are in love with that story. Netflix also projected it will sign up more than 6 million new subscribers this quarter, far more than the 4.88 million projected by Wall Street analysts.

We won't see any bump in this quarter's number from the 130 new countries in which Netflix is now available, as that announcement came after the end of the fourth quarter of 2015. Many of those countries may also prove to be priced out of Netflix for now, as the service intends to keep its subscription price at parity with the US, despite lower average incomes in many of its new territories.

The company is planning a massive slate of original programming for 2016, with roughly thirty new originals and thirty children's programs. It also closed out 2015 with a bang by premiering its first original documentary, Making a Murder, a program that dominated the cultural conversation in much the same way that Serial did. But broadcaster are beginning to discuss alliances, hoping that by joining forces that can outbid Netflix for international licensing rights.

During today's earnings call, Netflix executives reiterated their plan to burn through about $1 billion in cash and rely on debt to continue fueling growth.

Netflix recently announced that it plans to aggressively work to block services that allow customers to bypass the regional restrictions on what content they can see. Given that Netflix's own VP of product, Neil Hunt said that it's very tough to make this kind of blocking work well, that may have been just tough talk to appease the content partners from whom it licenses this programming. Either way, the long game for the company, as Netflix's Chief Content Officer Ted Sarandos told The Verge at CES, and in the video interview above, is to make sure the it has global streaming rights to all the content it creates and licenses.

"We're releasing more shows in the next quarter than many networks will in a whole year," said Sarandos. That includes what he calls more "mainstream" programming, like Fuller House, a trend which Sarandos says is not indicative of a change in what Netflix wants to make, but the ever expanding breadth of programming it can afford to create. 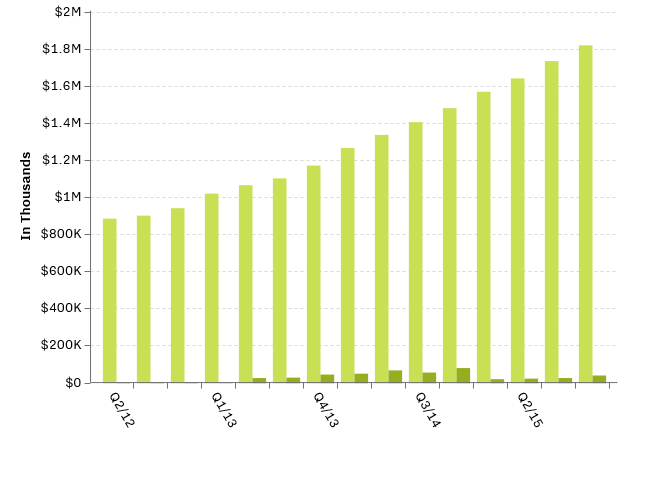 Check this out on theverge.com