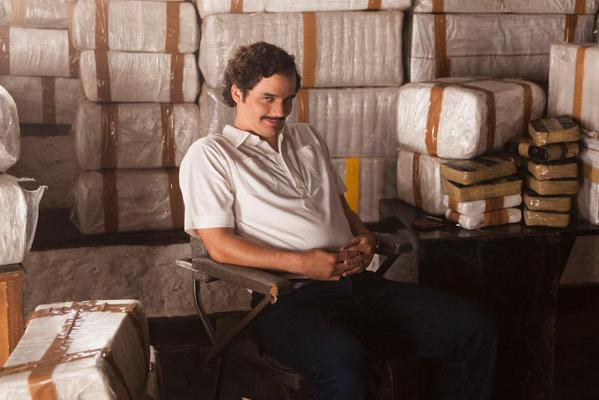 Aimed at boosting its Latino audience, Netflix has partnered with Univision to coproduce some new shows for next year. The announcement was made at Univision's upfronts for 2016 in New York, in which the media company presented its programming plans to advertisers.

As part of the deal, Netflix and Univision will both run some of the coproduced series, on Netflix's platform, along with Univision and its UniMas network, which caters to trendy younger Latino audiences.

First off, Netflix will add to its hit series "Narcos," which tells the story of notorious drug kingpin Pablo Escobar, producing a second season for next year. The first season will of Netflix's "Narcos" will air on Univision in the run up to the streaming platform releasing the second season of the series.

Netflix hopes to continue the "Narcos" -style binge fest by coproducing a new drug cartel drama with Univision. Called "El Chapo," the series will focus on Mexican drug lord Joaquin Guzman, who was brought (back) into custody earlier this year after infamously escaping prison last year through a tunnel built under his cell.

The new drug drama will air on UniMas in 2017 in the U.S., along with a premier in Netflix's other markets, and finally followed by a U.S. release on Netflix.

Netflix will be sharing its Spanish-language series "Club de Cuervos" with Univision's UniMas audience as well.

Netflix is partnering with Univision, as other digital streaming services like Sling TV have done in the past, with the aim of capturing the attention of the trendsetting young Latino generation, which as Latin Post has previously noted, are generally ahead of the digital curve as consumers.

It's a smart move. Netflix has recently hit bumps in the road with investors and audiences, as CNN Money recently noted. After a 130 percent gain through 2015, shares in the streaming content company have dropped more than 20 percent in 2016.

Much of the reason for investors' consternation over the most popular streaming video service is that after conquering the mainstream in the U.S., Netflix hasn't performed quite as well in the international markets its targeting.

Add the facts of Amazon Video offering a directly competing streaming package apart from its Prime subscription service, and the inevitable rise in monthly subscription prices Netflix instituted this year, and the streaming king could use a little uptick in content and audience growth.

"Netflix knows that Hispanics are their growth customers," said chief marketing officer Jessica Rodriquez for Univision at the upfronts, according to the L.A. Times.

For Netflix, the cross-platform content sharing is a strategic gamble to attract Latinos watching traditional TV to its online streaming platform. "Promoting these original shows on Univision is a great way to further reach Hispanic audiences and help discover Netflix," said content chief for Netflix, Ted Sarandos, in a separate statement on the companies' production deal.

For Univision, as with its partnership with DISH Network's live streaming television service Sling TV, partnering with Netflix is another way to stay relevant with Latino audiences that are increasingly looking for new digital venues to watch their shows.

Check this out on Latinpost.com