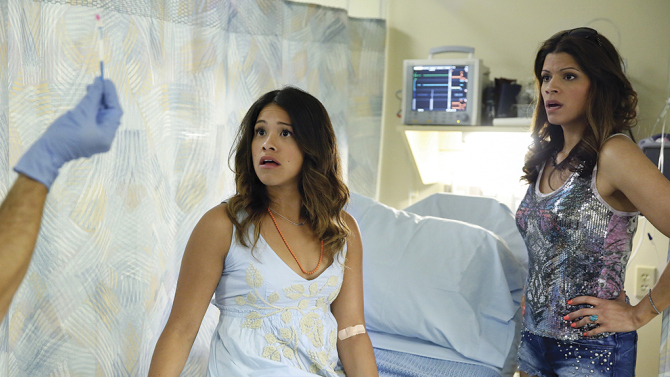 The deals for the shows come less than two weeks after the Los Gatos, Calif.-based company announced the acquisition of exclusive global rights to ABC hit series “How to Get Away with Murder”on Sept. 18.

About “Jane the Virgin” and “Zoo,” both licensed from CBS, Netflix chief content officer Ted Sarandos said, “Both shows are delightfully entertaining and will find a big audience across the more than 50 countries where Netflix is available.”

Netflix bought rights to “Colony” before it even hit TV: USA is slated to premiere the show Jan. 16, 2016. “We knew from the moment we saw it that ‘Colony’ is the kind of smart serialized drama that Netflix members around the world would love watching,” Sarandos said in a statement.

While some bizzers view Netflix distribution as a major threat to TV ad revenue, deals for “Murder” and “Jane the Virgin” are largely predicated on the value of binge-watching, which have the potential to help drive audiences to future episodes on the original network. Plus, of course, there’s the undisclosed millions Netflix is paying for the rights.

In 2013, AMC’s “Breaking Bad” saw its premiere audience more than double from the previous year after Netflix had offered the entire past season library to its U.S. subscribers. It was an unprecedented figure, one that showed the growing importance of binge-viewers, who can quickly catch up to a series in a matter of days. Netflix, available to more than 50 territories worldwide, now has over 65 million subscribers.

Season two of “Jane the Virgin,” which stars Golden Globe winner Gina Rodriguez, premieres Oct. 12 on CW. The show is about a religious young Latina virgin — who becomes pregnant after being artificially inseminated by mistake. “Jane the Virgin” is produced by CBS Television Studios and Warner Bros. Television, in association with Electus.

The first season of “Zoo,” based on the novel by James Patterson, aired this summer on the Eye and was the most-watched scripted TV series of the season across several categories. It’s already available on Netflix under a pact with CBS announced last year, but that deal covered only U.S. rights.

“Colony,” which comes from Carlton Cuse (“Lost”) and Ryan Condal (“Hercules”), is a co-production between Legendary Television and Universal Cable Prods. Netflix said “Colony” will be available to subscribers worldwide about a year after the show’s linear broadcast in the U.S., Canada and other territories.

Set in the “very near future,” “Colony” centers on a family’s struggle to survive and bring liberty back to the people of an occupied Los Angeles. Series stars Josh Holloway (“Lost”) as former FBI agent Will Bowman and Sarah Wayne Callies (“The Walking Dead”) stars as his wife, Katie.

“Netflix is the perfect service to stream ‘Colony’ after its initial broadcast in all countries outside North America, whether allowing fans to catch up with their favorite show before the new season airs or enticing new fans to the series,” said Bruce Rosenblum, president of Legendary Television & Digital Media.