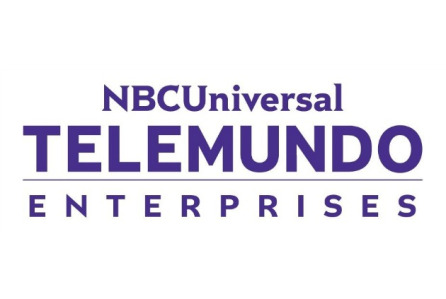 NBCUniversal Telemundo Enterprises said four executives have been promoted and given additional responsibilities as Luis Silberwasser prepares to end his four-year tenure as president.

Silberwasser presided over a period of notable growth for the U.S. Hispanic network, which has gained market share as longtime rival Univision stumbled. He will stay through October 1 to help with the transition.

Ferrari oversees the operations, financial performance and corporate strategy. Gil is adding the CMO title and will oversee reputation, brand and corporate marketing as well as communications, corporate affairs and HR. Blacker takes on a newly created role, working across linear and digital platforms to focus on driving revenue. Day will be responsible for programming, talent and promotions of primetime, daytime and specials for Telemundo and Universo Networks.

“These industry veterans will continue to power Telemundo’s spectacular rise during this momentous time for Hispanic media, as Latinos reshape the way Americans think, act and buy,” Conde said in the official announcement. “Each of the leaders named today has advanced our clear mission for change, as we continue to transform our business for the future. I am excited by everything they have accomplished already for Telemundo and believe that for our audiences, our partners and our employees – the best is yet to come.”

Conde also saluted Silberwasser. “Luis helped propel our rise as the definitive media and entertainment brand for today’s Hispanic consumer. He has made an indelible mark on our company at a time of great transformation.”

Silberwasser said, “I’m extremely proud of what we have accomplished at Telemundo and the important role of this organization in serving the Latino community across America.”

The news comes during a pivotal moment in the decades-long rivalry between Telemundo and Univision, one of the great Hatfield-McCoy matchups in the media business.

Hot off of its top-rated broadcasts of the World Cup in Russia this summer, Telemundo is looking to keep momentum as it settles into its new global headquarters in Miami. The new building opened in the spring and brings news and sports studios, production sound stages and corporate offices all under one roof. The company in recent years has often been singled out as a bright spot by uber-bosses at Comcast.

Univision, meanwhile, is undergoing a top-to-bottom makeover under new CEO Vince Sadusky, which includes layoffs of 6% of the privately held company’s workforce. Sadusky’s mission is to return the company to its roots as a primary media outlet for U.S. Hispanic audiences. Former chief Randy Falco when it invested in English-language websites and cable networks in a bid to diversify.