NBC's 'Superstore' will be Back for Season 3 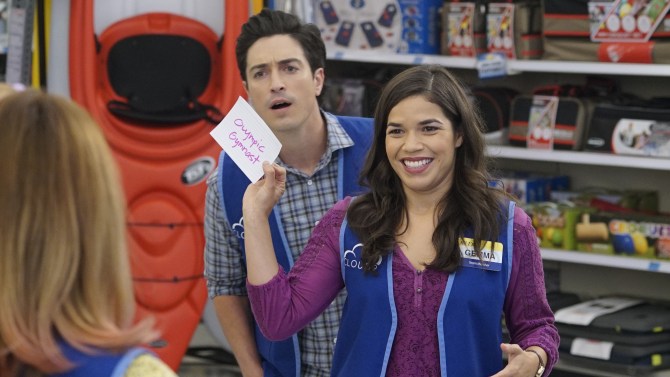 NBC announced the early 22-episode bulk order on Tuesday, which came at no surprise considering how well the single-cam sitcom has performed. Midway through it’s second season, “Superstore” was averaging a 1.2 rating in the 18-49 demo and 4.3 million viewers, according to Nielsen live-plus-same day numbers and reported by Variety. In delayed viewing, the comedy has lifted the network’s Thursday night 8 p.m. half-hour timeslot by 29% in the 18-49 demo, according to NBC.

The popularity of the show comes from it’s smart comedy and great character development. Details, such as Amy Dubanowski (played by Ferrera) constantly wearing different name tags so strangers don’t know her real name, are what make characters realistic or relatable.

“We are extremely proud of ‘Superstore,’ which is one of the smartest and funniest comedies on television today,” said Jennifer Salke, President, NBC Entertainment. “Through the show’s expertly drawn characters, our producers and cast do a remarkable job touching on many issues in which audiences can relate. To its credit, not only does ‘Superstore’ make us laugh, but it makes us think as well.”

The characters have dealt with touchy subjects these last two seasons while bringing perspective and humor to these situations. For its Valentine’s Day episode, Amy and Glenn (played by Feldman) tried to set-up two elderly employees, but their efforts were met with corporate sexual harassment meetings that exaggerates the extent of what sexual harassment is. Ultimately, leading to a humorous scene of Glenn believing he committed a crime when he asked his wife out.

Whether she is holding the team together or scolding them, we’re excited to see more of Ferrera every week. “Superstore” airs Thursdays at 8 p.m. ET on NBC. It was created and written by Justin Spitzer, who also serves as an executive producer with director Ruben Fleischer, David Bernad and Gabe Miller & Jonathan Green. The series is produced by Universal Television, Spitzer Holding Company and The District.