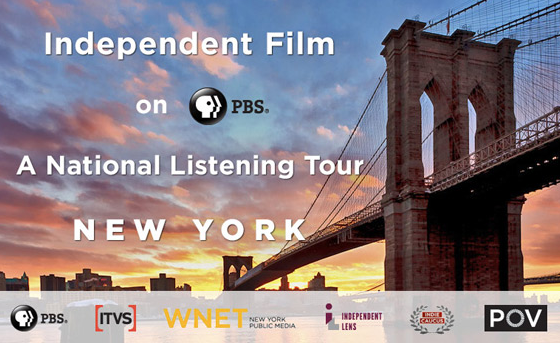 Join us in New York City - the next stop on the National Listening Tour for Independent Films on PBS - on February 23rd, from 2 PM ET to 5 PM ET, along with PBS, POV, ITVS, WNET, Independent Lens and the Indie Caucus. The event will take place at the SVA Theatre in Manhattan. RSVP now »

Watch highlights from San Francisco, the first stop on the tour last month. The Indie Caucus and Kartemquin Films will host a third stop in Chicago in March, date TBD.