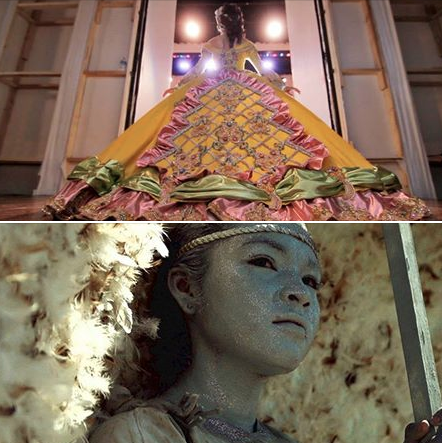 For the second time, the Cinema Tropical Awards presented a prize for Best U.S. Latino Film Year and the jury decided to give the award to two films, also NALIPsters, Las Marthas by Cristina Ibarra, and Purgatorio: Journey into the Heart of the Border by Rodrigo Reyes.

The Uruguayan film The Militant by Manuel Nieto Zas was the winner of the top award for Best Latin American Film of the Year at the 5th Annual Cinema Tropical Awards which were announced this evening at a special event at The New York Times Company headquarters.

The Mexican film Coffee (Chants of Smoke) by Hatuey Viveros was named Best Latin American Documentary Film of the Year, while the Chilean film The Quispe Girls by Sebastián Sepúlveda was awarded with the prize for Best First Film.

Philip Klint, news anchor at NY1 Noticias, served as MC for the event, which had the attendance of some of the award-winning and nominated filmmakers including Hatuey Viveros, Rodrigo Reyes, Yolanda Pividal, Carlos Sandoval and Catherine Tambini.

The non-profit media arts organization Cinema Tropical also announced that New York audiences will have the chance to see the award-winning films as they will be showcased as part of the Cinema Tropical Festival to take place on February 6-8, 2015 at the Museum of the Moving Image.

The Cinema Tropical Awards are presented in partnership with The New York Times Company’s Latino Network, the Museum of the Moving Image, and National Association of Latino Independent Producers (NALIP), and are made possible with the support of the Mexican Cultural Institute of New York and the Embassy of Chile. Media Sponsor: Remezcla. Hotel Sponsor: Hôtel Americano. Wine Sponsor: Wines of Chile. Cinema Tropical’s programs are made possible with public funds from the New York State Council on the Arts with the support of Governor Andrew Cuomo and the New York State Legislature. Special thanks to Mara Behrens and Fabián Caballero.