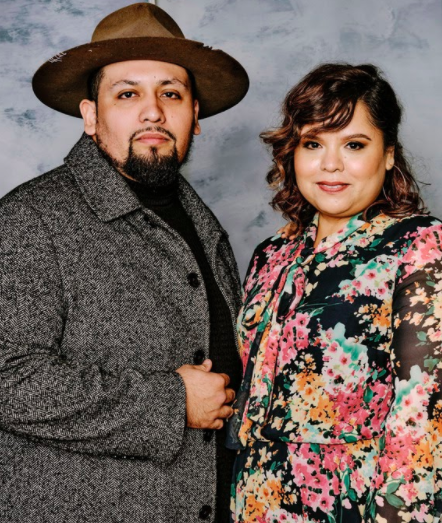 Marvin Lemus and Linda Yvette Chávez had never sold a TV script or even set foot in a writers’ room when they visited network after network three years ago, speaking in Spanglish about brown love, familia, and the show of their dreams. Ten times, in front of some of the industry’s biggest players, they pitched their dramedy, Gentefied.

Over and over at their talent agency’s office, they had rehearsed the pitch — part autobiographical narrative, part stand-up act peppered with untranslated jokes — about an East L.A. neighborhood and the unabashed Mexican-American characters who live in it. They prepared so much they could talk four seasons into the show’s future if someone asked. The long hours paid off: By the time their heady pitch tour ended, the showbiz newcomers, who grew up as first-generation children of undocumented immigrants, had landed six offers, a feat that would make Hollywood’s highest-profile producers envious.

Produced last year at LA Hangar Studios in Boyle Heights, Gentefied was also filmed in landmark locations like El Mercadito and cultural centers such as Lincoln Park’s Plaza de la Raza, where Netflix held its premiere party on Thursday night. “The day we shot at the Mercadito, I got to sit and watch them film it, and I got so emotional,” Chávez said. “This is where I came with my family to buy things; now we’re here filming a show that I co-created, and I get to see my people filmed in this space.”

The same feelings poured out two weeks ago when Chávez took her parents to a screening hosted by the National Association of Latino Independent Producers at Netflix headquarters in Hollywood, a building she and Lemus visited many times over the past three years. On that night, the massive wraparound screen in the lobby was showcasing Gentefied.

Read the full article at Vulture.