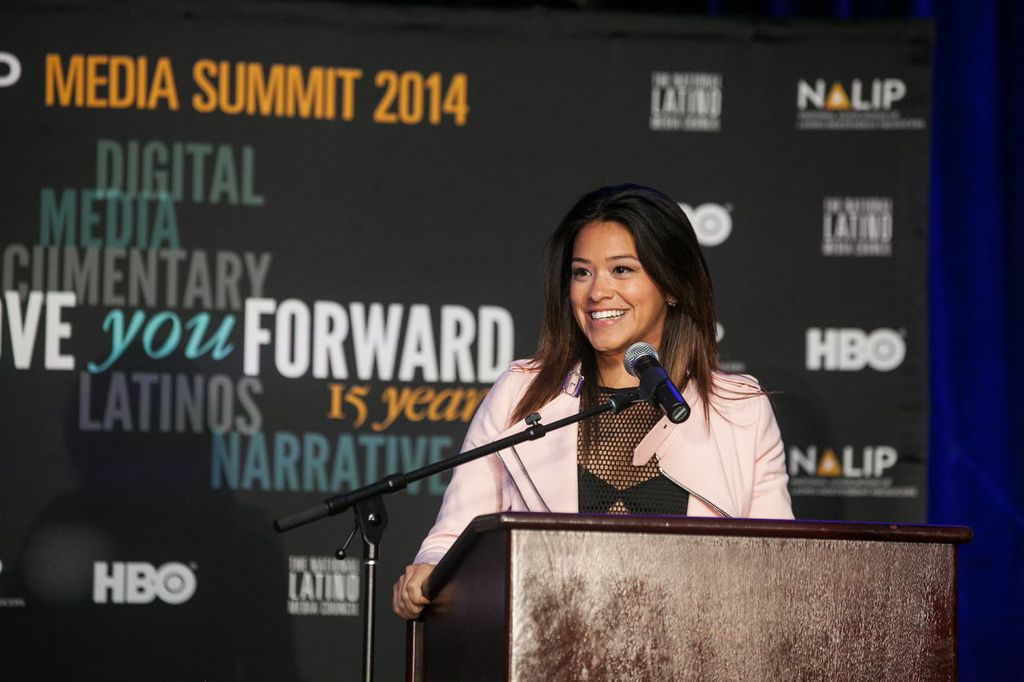 NALIP is proud to congratulate Gina Rodriguez on her Golden Globe win for Best Actress in a TV Series, Comedy or Musical for her lead performance in CW's Jane the Virgin.

We are beyond honored to consider Gina a longstanding member of NALIP, and believe this achievement is not only the representation of her talent and work, but that also of the quality and potential of Latino talent on and behind the screen.

Gina is also the 2013 recipient of the NALIP Lupe Award - given to up-and-coming Latino breakout artists. She's participated in other programs such as NALIP's Latino Producers Academy in the acting segment, and numerous NALIP Media Summits.