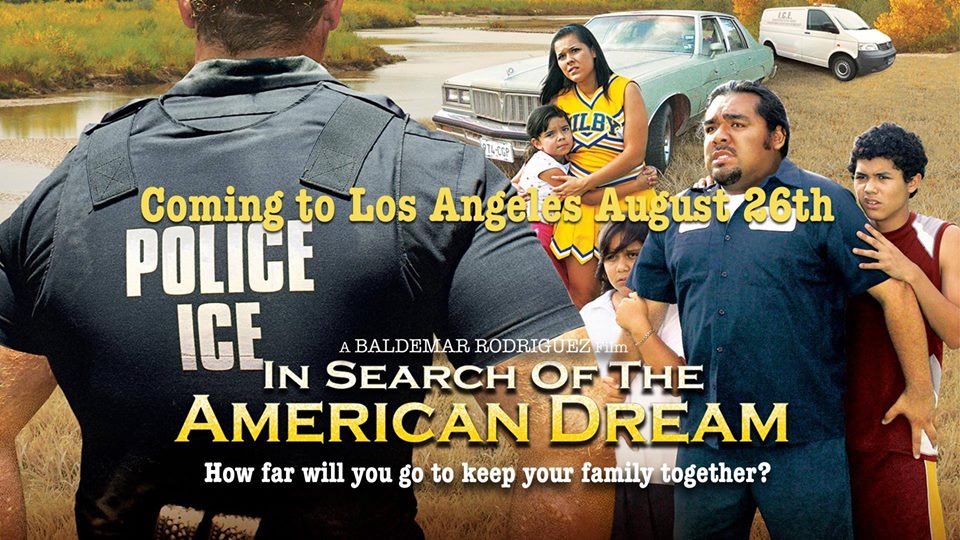 In Search of the American Dream directed by NALIPster Baldemar Rodriguez will premiere on August 26 at 5:00 p.m. at the  Laemmle Music Hall in Los Angeles.

In Search of the American Dream is a riveting story of five children and their adult brother as they desperately race across Texas after their undocumented parents are arrested.

Now that their parent’s deportation is imminent Child Protective Services threatens to separate the family. The children are forced to abandon the only home they’ve ever known, while on the run a routine traffic stop goes terribly wrong, and now they are not only running from CPS, but also from the law.

Tickets are on sale now! Show your support to our talented NALIPsters.

Discount Code: "DreamLA” $9 for Friday and Saturday Night and $7 all other times  “DreamLA"

See the details on Facebook.com