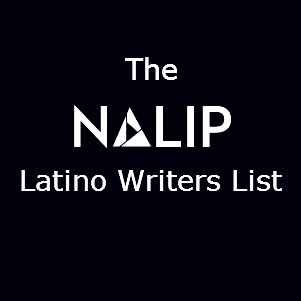 We swept the industry for NALIP’s  “Latino Writers” Series, because we believe there is nothing as inspiring as seeing other Latinos making it in the industry. Each installment of this this series will announce different tiers of writers you should definitely know, whether they have penned big blockbusters or are someone on the rise that studios should keep in mind during their staffing season.

This week’s installment we give you the Top Latino Writers, tha range from Transformers Roberto Orci to Peter Murrieta of the Disney Channel’s "Wizards of Waverly Place". Discover the Latino scribes every Latino media maker should know. 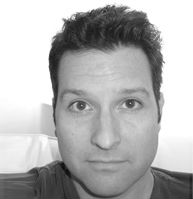 Alfredo Barrios, Jr. served as one of the executive producers of the hit USA Network show, "Burn Notice." Born and raised in Los Angeles, Alfredo is a graduate of Harvard College and Harvard Law School. After a five-year stint as a litigator at the Los Angeles office of O'Melveny & Myers, he ventured into screenwriting and was staffed on various television shows, including "First Monday," "Mister Sterling," "Lyon's Den," "Law & Order," "Just Legal," "Close to Home," and "Justice." He has pilots in development at both FX and Fox Television Studios. A prolific writer and producer, Alfredo has now begun to direct as well. He's also found time to serve as a board member of the Writers Guild of America, West. He currently lives in Manhattan Beach with his wife, Lisa, and two boys, Little Alfredo and Diego. 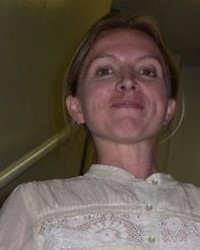 Born and raised in Los Angeles, Natalie Chaidez launched her career after graduating from UCLA film school. Best known for TERMINATOR: THE SARAH CONNOR CHRONICLES, HEROES, and NECESSARY ROUGHNESS, Natalie has enjoyed a prolific career steeped in drama. TV drama. She’s currently developing “Alien Hunter,” a pilot for Gale Ann Hurd/Syfy, and is serving as showrunner for the new Syfy series, 12 MONKEYS. In her spare time she takes to the track as a member of California’s premiere roller derby league, L.A. Derby Dolls. 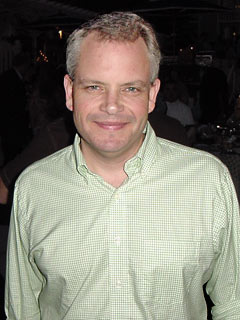 Coto graduated from the American Film Institute and has had much experience in sci-fi and fantasy genre. He wrote and directed an episode of Tales from the Crypt and also wrote an episode for and produced The Outer Limits when it was revived on Showtime in 1995. He was given the chance to create and write a series for Showtime after The Outer Limits was cancelled. The resulting series was Odyssey 5 and starred Peter Weller.

Coto joined the writing crew of Enterprise in 2003, when the show was in its third season; his episodes include "Similitude", "Chosen Realm" and "Azati Prime". He became a co-executive producer later that season. In the fourth season he became executive producer of the show, alongside series creators Rick Berman and Brannon Braga. According to his bio on StarTrek.com, he has been a fan of Star Trek all his life and once wrote a Star Trek comic book.

After that he became executive producer on the fifth, sixth, seventh, and the eighth and final season of 24.

Coto has also directed a number of films, including Cover Up (starring Dolph Lundgren), Dr. Giggles, and Star Kid. 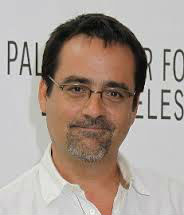 After graduating with a degree in History from Duke University in 1984, Rene Echevarria moved to New York City to pursue a career in theater. He joined the Circle Repertory Lab Company in 1985, where he assistant directed a production of Victor Muniz' play "Darts", and acted in a production of Gorky's "Lower Depths". In 1986, he acted in Kristin McCloy's play "Isosceles" at the Chelsea Theater, and in 1987, he was seen in the La Mama Theater adaptation of Aeschuylus' "Oresteia". He collaborated with Kristin McCloy on the full-length play "Prepared", which was presented at the World's End Theater in London during 1988, and went on to be performed at that year's Edinburgh Festival. In 1989, he wrote a spec script for 'Star Trek: The Next Generation' called "The Offspring". He became a Story Editor for the show's sixth season, and Executive Story Editor during its seventh and final season, for which the show received an Emmy Nomination for Best Dramatic Series. Echevarria then took the job of Co-Supervising Producer on Star Trek: Deep Space Nine (1993). His 30-plus episodes of Star Trek have won him a Humanitas nomination, a Peabody nomination, two Hugo nominations, and a NASA Vision award for best depiction of humanity's future in space. In 1994, he received a Special Achievement award from the Latino Media Organization HAMAS. With fellow Star Trek Producer 'Ken Biller', he developed the scenario for _Star Trek: The Experience (1998)_, a theme park attraction built by Paramount Parks at the Las Vegas Hilton. In 1999-2000, Echevarria was supervising producing on Paramount's short-lived but critically praised Now and Again (1999) on CBS. In July 2000, he signed on as co-executive producer of Dark Angel (2000) the science fiction series created by James Cameron for the Fox network, as part of an overall multiyear deal with 20th Century Fox Television to develop new projects for the studio. 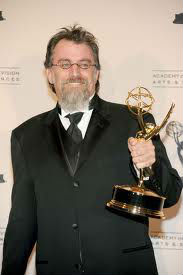 Two-time Emmy Award winning producer/writer Peter Murrieta is a versatile performer, producer and writer. His roots, grounded in improv and sketch comedy, have established him as an executive producer and show runner for the live-action series for Cartoon Network “Level Up,” and for Disney Channel’s “Wizards of Waverly Place.” He was also the creator/show runner of the WB's "Greetings from Tucson." Murrieta’s primetime television background made the Disney Channel franchise "Wizards of Waverly Place" and the network's telefilm "Wizards of Waverly Place The Movie" a huge hit. Nominated for a total of three Emmy Awards for both “Wizards of Waverly Place” the series and the telefilm, Murrieta took home the award for Outstanding Children’s Programming for his work on “Wizards of Waverly The Movie” in 2010 and for the series in 2009.
Murrieta got his start at Second City in Chicago as an improv/sketch comedian, and after moving to Los Angeles earned a coveted writing fellowship from Walt Disney Television. That led to writing stints for "Jesse," "Three Sisters" and "All About the Andersons" before creating the critically acclaimed "Greetings from Tucson" which was based on his own experiences growing up in Tucson. He then went on to produce and write "Hope and Faith" for ABC. A successful entrepreneur, in 1995, Murrieta and his wife Aliza founded the Bang Comedy Theatre which prides itself on being a purveyor of innovative comedy and a studio dedicated to the ongoing study and performance of improvisation. Through intimate, hands-on improv and an acting training staff, Bang offers the tools needed to create dynamic scenes and characters in the moment. Their actors are delightfully truthful, charmingly grounded and riveting dangerous. Murrieta has written feature films for Revolution Studios and Paramount and currently resides in Los Angeles with his wife and two children. 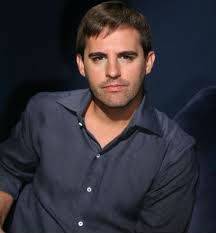 Roberto Orci is the billion dollar filmmaker behind some of the decade’s biggest films and television shows. While his films span genre and scope, Orci has become an expert in the field of science fiction with such films as Star Trek, Ender’s Game, Transformers, and Eagle Eye. Last year Orci’s production banner with Alex Kurtzman, K/O Paper Products signed an overall deal at CBS Television Studios. CBS recently picked up Scorpion, the drama inspired by Walter O’Brien, from Orci and Kurtzman with Nick Santora and Justin Lin with plans to launch Fall 2014. Also on CBS, Hawaii Five-0, which Orci created and executive produces alongside Kurtzman, will return for a fifth season this fall. Kurtzman and Orci were also the co-creators of the cult hit "fringe" as well as last years breakout hit sleepy Hollow. Orci is currently preparing for the premiere of Matador starring Gabriel Luna and Alfred Molina. The spy drama, the second scripted series for Robert Rodriguez’s El Rey network, will premiere this July. Most recently, Orci co-wrote and executive produced Sony’s The Amazing Spider-Man 2, which was released this May, and has earned
over $630 million at the worldwide box office so far. Last year, Paramount released the blockbuster Star Trek: Into Darkness, which Orci co-wrote and produced alongside Kurtzman. Additionally, Summit released Ender’s Game produced through K/O Paper Products as well as the surprise summer hit Now You See Me, also produced through K/O Paper Products. Orci is currently developing the sequel to Now You See Me as well as Universal’s The Mummy. Orci began his career in television, writing for the popular series Hercules. He went on to write for Xena: Warrior Princess where he became a head writer for the show at age 23. Orci also wrote on the hit J.J. Abrams series Alias, which began a fruitful collaborative relationship. Orci eventually went on to serve as an executive producer on Alias.

Make sure to check out our next installment in the NALIP Latino Writers Series.

Did we miss someone? Let us know in the comments below!