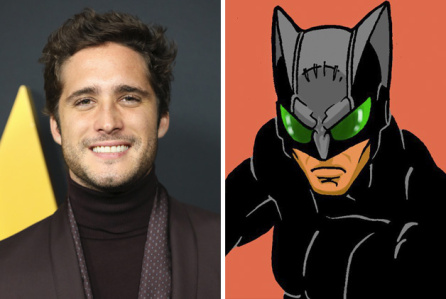 El Gato Negro first was published in 1993 by Azteca Productions and sold out all 5,000 copies of the first-run edition within two months.

MGM Television will produce and MGM will internationally distribute the series and are interviewing showrunners and writers to complete the creative team. Andrew Mittman, MGM’s SVP Television Production and Development, will oversee the series for MGM Television.

Congratulations to NALIPster Joel Novoa who recently partnered with NALIP for a Latino Lens Workshop for Directing, Joel will also be featured in NALIP's Roundtable Series to celebrate #NALIP20th Anniversary.

Carlos Valdivia was a 2018 Latino Lens finalist and his short 'Ni De Aqui, Ni De Alla' screened at the 2018 Latino Media Fest. The short was a part of the Latino Lens: Beyond Graduation Showcase and has recently been selected to screen at various festivals. These include Outfest Fusion as a part of 'Latinx & Chill', Sandiego Latino Film Festival in the program '¡Somos! Cine LGBTQ+', and Leeds Queer Film Festival.