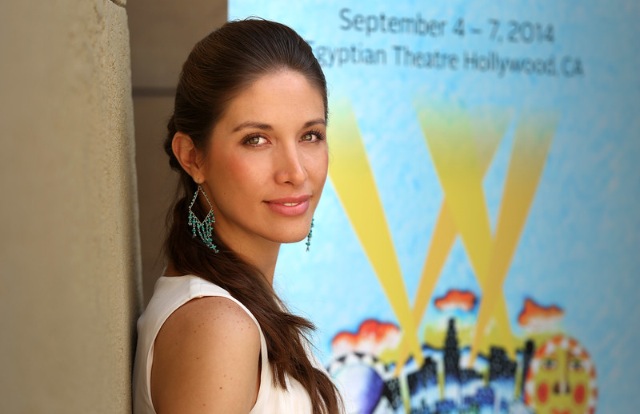 "Plan-V" tells the story of three friends. After one of them is left heartbroken by her first love, her friends convince her that the only way to find a man that will love her and honor her is by finding a virgin. So their quest begins; it turns out that finding a virgin is a lot harder than they expected! In the end they will find something much more important than a Virgin. With this romantic-comedy "Plan-V" breaks the mold placing women in "control" of the seduction game, and not just the bystanders that they are often portrayed to be.

Since graduating Sara has also written "Falcon Lake" a feature script that earned her the TAA Tribeca Film Institute grant and directed two shorts; a horror film: Hawkins Hill  and Diego. She is currently crowd funding her new short-film "Voladores" that focuses on a piece of ancient Mexican culture; the "Papantla Flyers."

TThe Latino Media Market (LMM) consists of a meeting series for selected submitted projects. Filmmaker participants meet one-on-one with industry representatives who can provide sound advice on how to advance their project to the next level. If a project meets the specific needs of the company, this can potentially open a window for the project to grow into a commissioned pilot, or obtain broadcast licenses or completion funds. The LMM 2015 application and deadline will be announce within early 2015. Stay tuned.