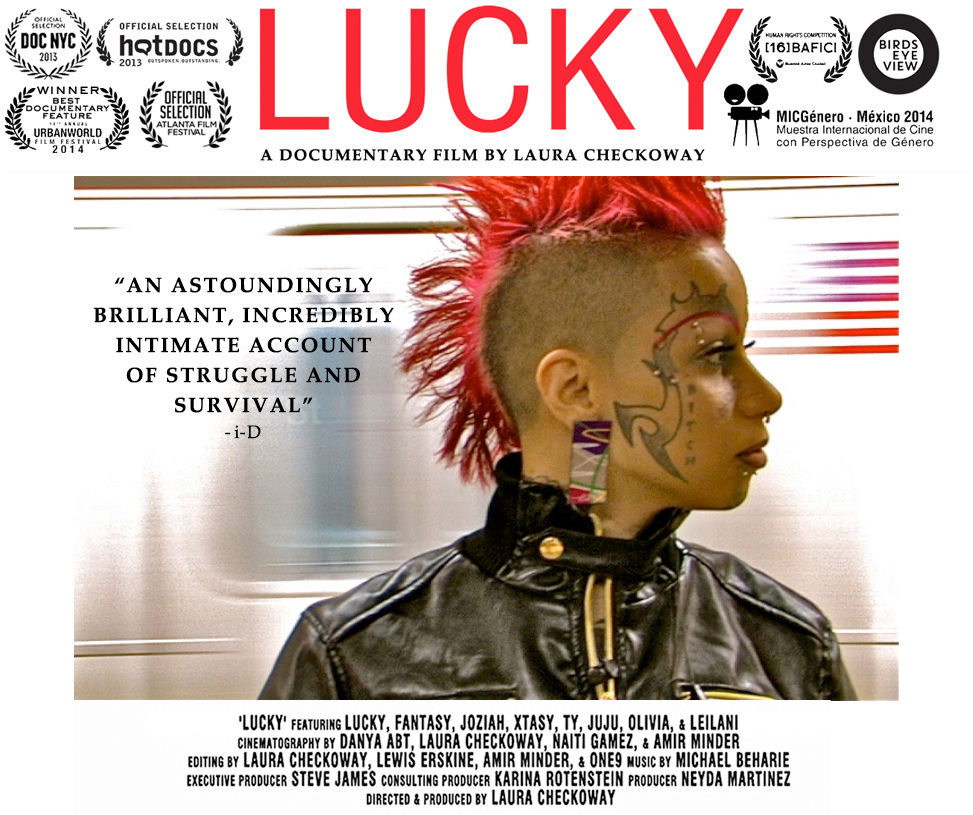 The screening with be followed by a Q&A with Laura Checkoway, producer Neyda Martinez, and Dr. Pereta Rodriguez moderated by Film Fatale Chapter Co-Chair Julie Bridgham.

"Lucky's story is that of a generation with parents lost to the 1970s/1980s AIDS crisis, and forced to endure a transient upbringing. Without the security, safety, and support provided by responsible parents and role models, children such as Lucky and Fantasy (Lucky’s sister) become highly susceptible to pop culture and its social influence, habitually relying on the media to shape their ambitions and dreams of success."

For more on LUCKY visit LuckyTheDocumentary.com