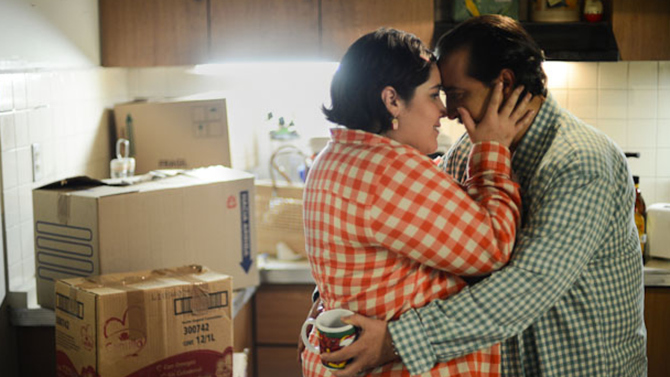 MADRID — Nicolas Echeverria’s “Echo of the Mountain,” Fernando Coimbra’s “A Wolf at the Door” and Mariana Chenillo’s “Paradise” will feature in the 2014 FICG in L.A., which opens with Catalina Aguilar Mastretta’s “The Hours With You.”

A Los Angeles extension of Mexico’s Guadalajara Festival that works the ever-more fertile axis between Mexico and U.S. cinema, the fourth FICG in L.A. also includes pix-in-post sections for narrative features and docus. It runs Sept. 4-7 at the Egyptian Theater in Hollywood.

Aiming to bring the best of Mexican and Latin American cinema to L.A., highlighting most often – though not always – emerging talent, and furthering cultural interchange and industry link-ups, FICG in L.A. will screen standout and award-winning titles from 2014’s Guadalajara Festival, plus other films that have played to acclaim throughout the year.

“We are constantly finding ways for Ibero-American filmmakers to promote their films and share their experiences with moviemakers from all over the world. Now that we have reached our fourth year, we realize that we have become one of the leading platforms for Latino cinematography to enter the U.S. market,” said Ivan Trujillo, Guadalajara fest director.

“Many of the films in this year’s showcase reveal the cross-cultural collaborations currently taking place between film industries in Latin America, the U.S. and Canada,” said Hebe Tabachnik, director and producer of FICG in L.A. “These collaborations have resulted in the creation of groundbreaking, authentic, multicultural stories that move seamlessly across national and cultural boundaries.”

One instance: A memorable portrait of Huichol artist Santos de la Torre at work, “Echo of the Mountain” is produced by Michael Fitzgerald, whose credits include John Huston’s “Wise Blood” and “The Pledge.”

Mexico’s Aguilar earned an MFA in screenwriting from the American Film Institute, though femme family drama “Hours,” which screened to copious audience tears at Guadalajara, Variety reported, is loosely autobiographical and shot for nearly six months at her grandmother’s house in Puebla.

Collaboration reaches beyond creation to distribution. Guadalajara director winner in its Ibero-American section – the film pretty well won at every festival it has played in – Brazil’s “A Wolf At the Doo,r” part suspense-thriller, part meditation on inscrutable human emotion, is sold by Mundial, a joint venture between Mexico/L.A.-based Canana and IM Global. Produced by Canana, Chenillo’s “Paradise,” about a loving overweight couple that embarks on a weightloss program, is also on its sales slate.

“Grazing the Sky,” Mexican Horacio Alcala’s mesmeric docu ode to the grace of acrobatics, and another FICG in L.A. selection, is produced out of Mexico, Spain and Portugal and sold by Madrid’s Latido Films.

In the same vein, of the Guadalajara Construye in Los Angeles titles, omnibus feature “Blue Lips” is a six-part, second-chance tale set against the background of the San Fermin bull runs in Pamplona, Spain. Film’s six characters hail from around the world, as do its directors who each direct one character’s story. The helmers – Argentina’s Daniela de Carlo and Julieta Lima, Brazil’s Gustavo Lipsztein, Italy’s Antonello Novelino, Spain’s Nacho Ruiperez and Peru’s Nobuo Shima – mostly met in Los Angeles while studying film in 2001. Many directors shot in the country they’re now based in, then, like their subjects, converged on Pamplona.

Guadalajara Construye will also showcase English-language “Whispers in the Forest,” Chile first 3D movie, helmed by horror regular Jorge Olguin. Seen at Cannes’ Market, it turns on two sisters hired as guides to engineers intending to build a dam in an ancient forest. But the place hides an ancient supernatural force.

Also making the FICG in L.A. cut: Catalan Ventura Pons’ “Ignasi M.,” a portrait of an irrepressible optimist, by Ventura Pons, Barcelona’s most resilient auteur. FICG in L.A. closes with Jack Zagha’s “One for the Road,” tracing the final adventure of four eightysomething buddies, regaled with music by folk-singer Jose Alfredo Jimenez.