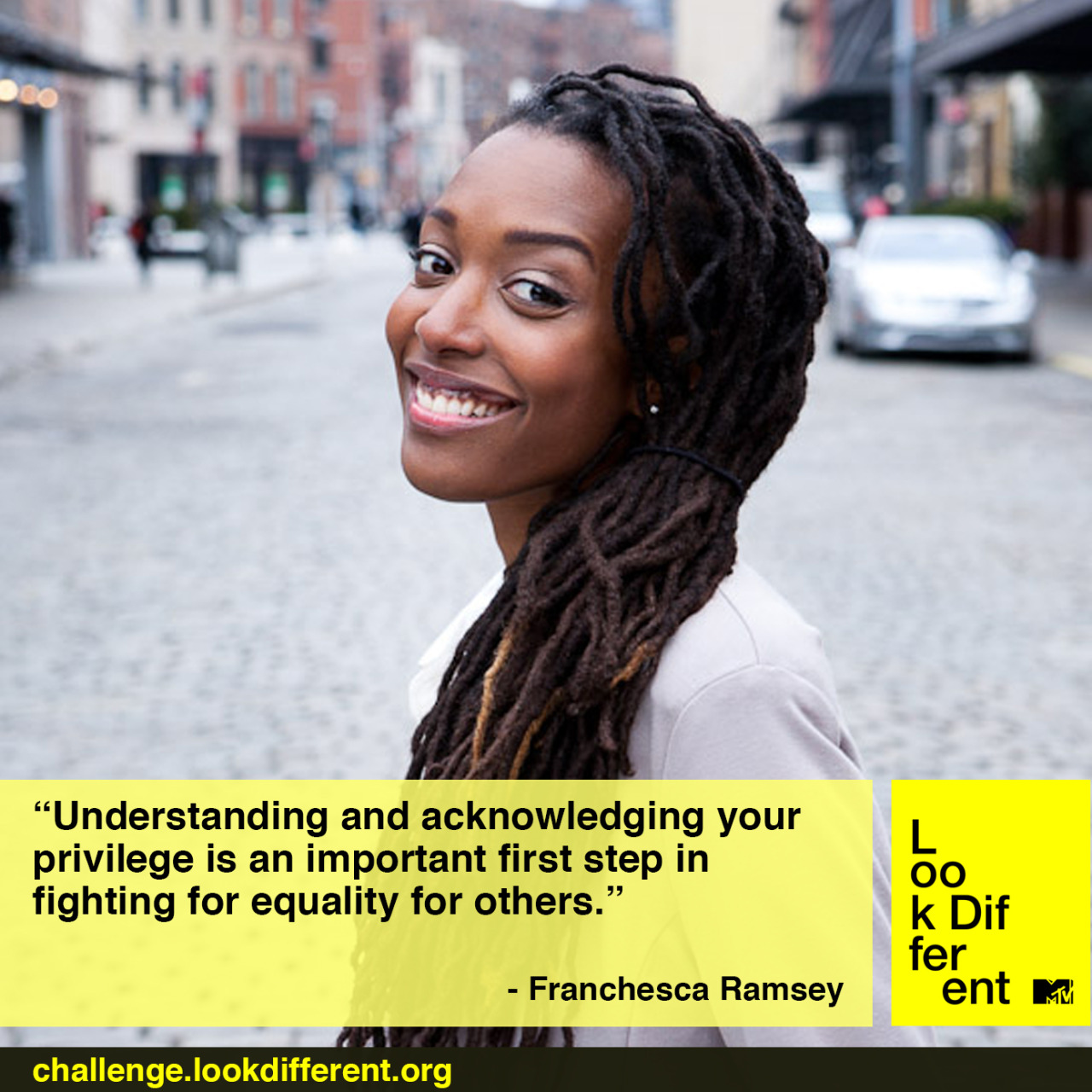 This is your opportunity to tell us your creative ideas for groundbreaking video projects on privilege. You can enter by yourself or with a friend, and if we pick your idea, it'll be produced by MTV!

In support of the film, MTV and Look Different are looking for emerging filmmakers to create groundbreaking video project for the campaign that would bring a creative new outlook to the subject of privilege as it relates to the filmmaker in today's world. Possible subjects could include racial, gender and sexual orientation privilege, among others. Privilege is not something that people necessarily do, create or take advantage of on purpose. Being in a dominant group often leads to certain advantages that most people aren't even aware they have. The video projects selected would shine a light on these privileges to help create awareness, build empathy and propel action.

For more information and to apply go to LookDifferent.org