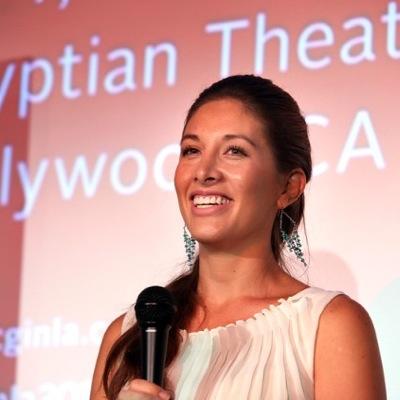 NALIP member Sara Seligman had exciting news to share with the team this week! Her short film, ‘Diego,’ is now available for streaming.

‘Diego’ highlights the way in which machismo adds to the systematic violence across Mexico. The film takes place in the outskirts of Cuernavaca, where a young boy named Diego struggles to fit in and prove his worth to his father. He is by nature a quiet and sensitive child, and the psychological and physical abuse from the older and more violent men in his community haunts him. One day Diego meets someone who opens his eyes to the consequences of his family’s actions, and Diego must decide what path hewill take in life.

Winner of the Gold Lion Award at the Barcelona International Film Festival, ‘Diego’ is Sara Seligman’s third short film. Born and raised in Mexico, Seligman went to film school in New York, and has been working as a production assistant ever since she graduated. She has been on the sets of ‘The Mindy Project,’ ‘The Comeback,’ ‘The People vs OJ Simpson’ and Ben Affleck’s latest ‘Live by Night.’

“The story of ‘Diego’ is something I always had in my head,” Seligman said in an interview with Remezcla. “Unfortunately kidnapping in Latin America, but also specifically in Mexico where I’m from, is a common occurrence. Kidnapping is, sadly, not that farfetched for us. I really wanted to think about the other side of the coin.”

For more information on the film and to watch the trailer, click here.