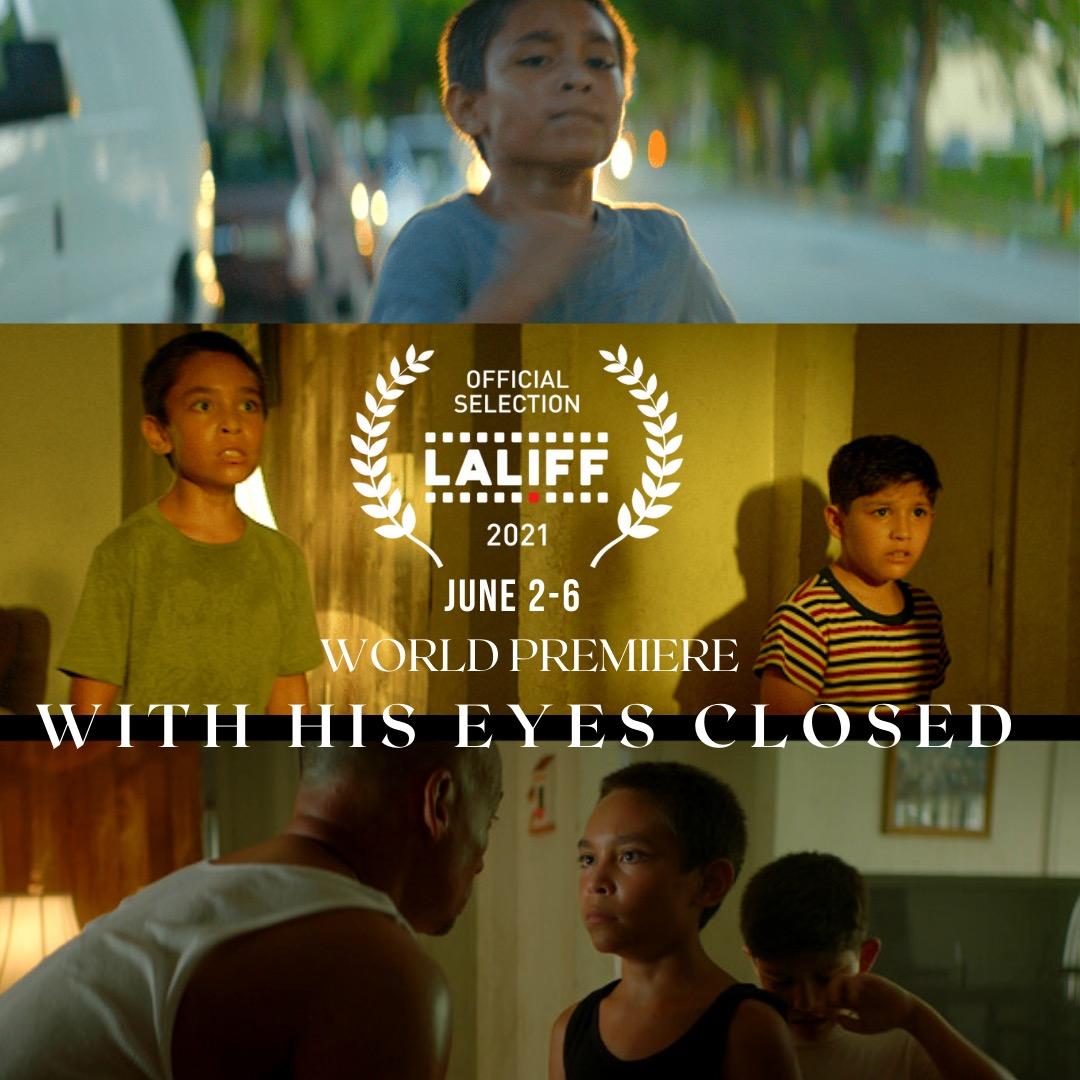 Jose Navas' project, With His Eyes Closed, is making its world premiere at LALIFF 2021! We invite you to support this premiere. Jose is a Nicaraguan filmmaker and past NALIP fellow with his project Beat Lingo.

SYNOPSIS: In the city of Miami, Andres and his younger brother Miguel are living under the control of their abusive father. After Andres decides to skip school, his seemingly adventurous escape brings unexpected consequences. However, this experience gives him the courage to fight back against his father in a fearless attempt to protect his younger brother.

Both in-person and virtual screenings of the film are available and you can learn more and get your tickets HERE! 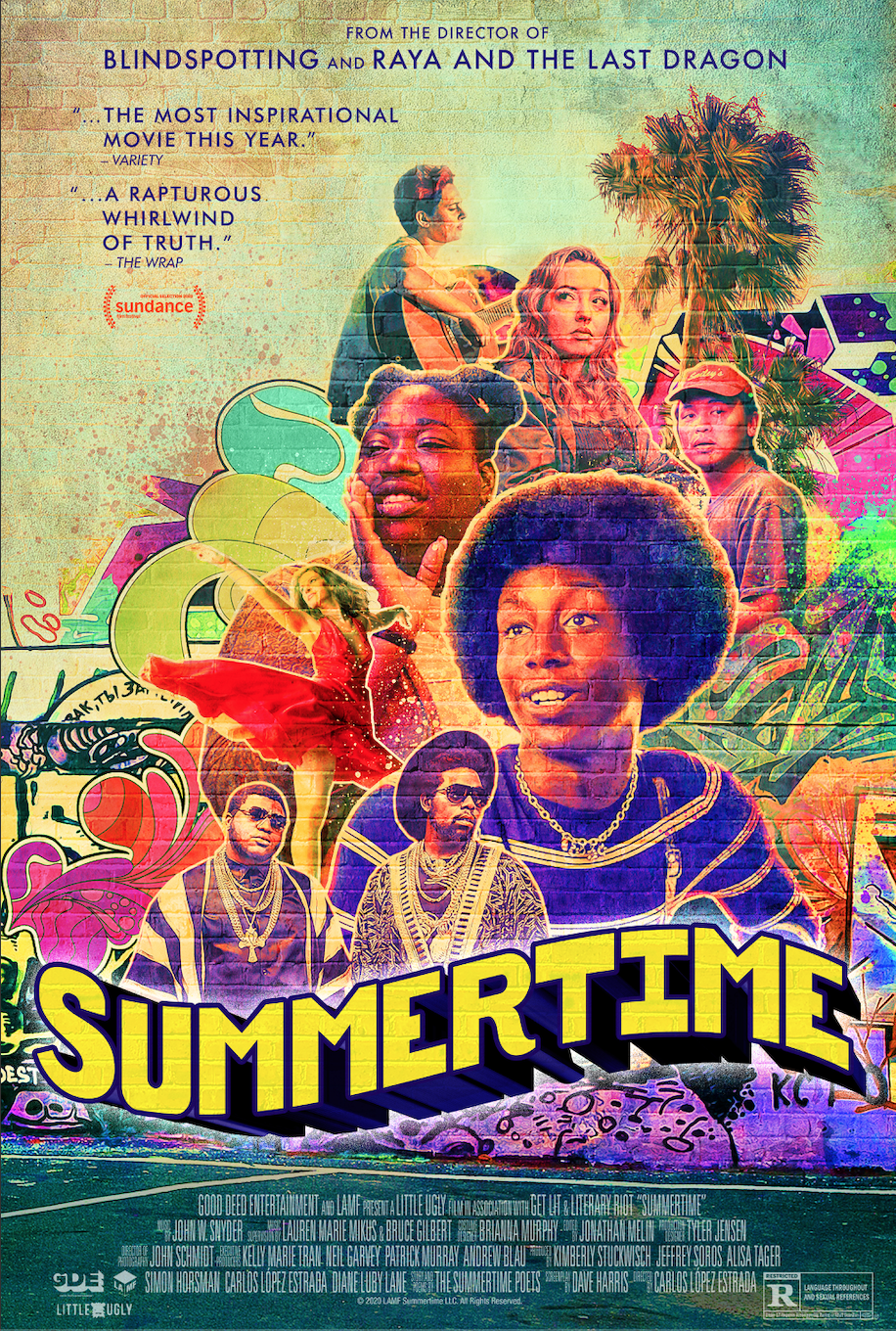 From Director Carlos Lopez Estrada and Executive Producer Kelly Marie Tran:
Synopsis: A spoken word poetry musical set in Los Angeles, following the intersecting stories of 27 young Angelinos over the course of a single day. The film was developed over a Summer workshop with these 27 youth poets, all of whom served as co-writers and stars.
Wath the trailer here! 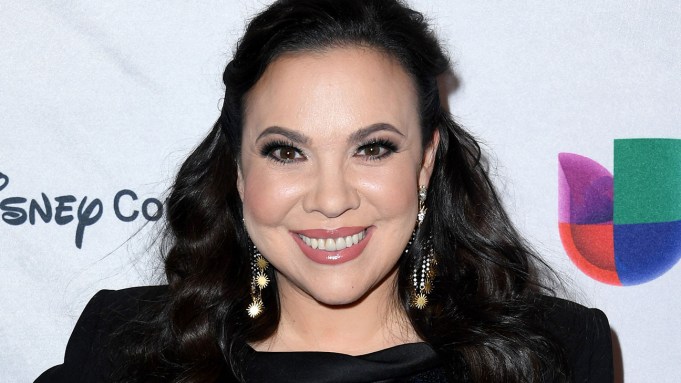 Gloria Calderón Kellett moved her overall deal from Sony TV to Amazon in late 2019 following a multiple-studio bidding war for her services. Amazon has gone straight to series on hourlong romantic comedy series With Love. The holiday-themed series has been on the fast track at the streamer since Calderon Kellett first pitched it and is on track for a premiere late this year. With Love revolves around siblings Lily and Jorge, who are on a mission to find love and purpose. The Diaz siblings cross paths with seemingly unrelated residents during some of the most heightened days of the year — the holidays. Read more on The Hollywood Reporter. 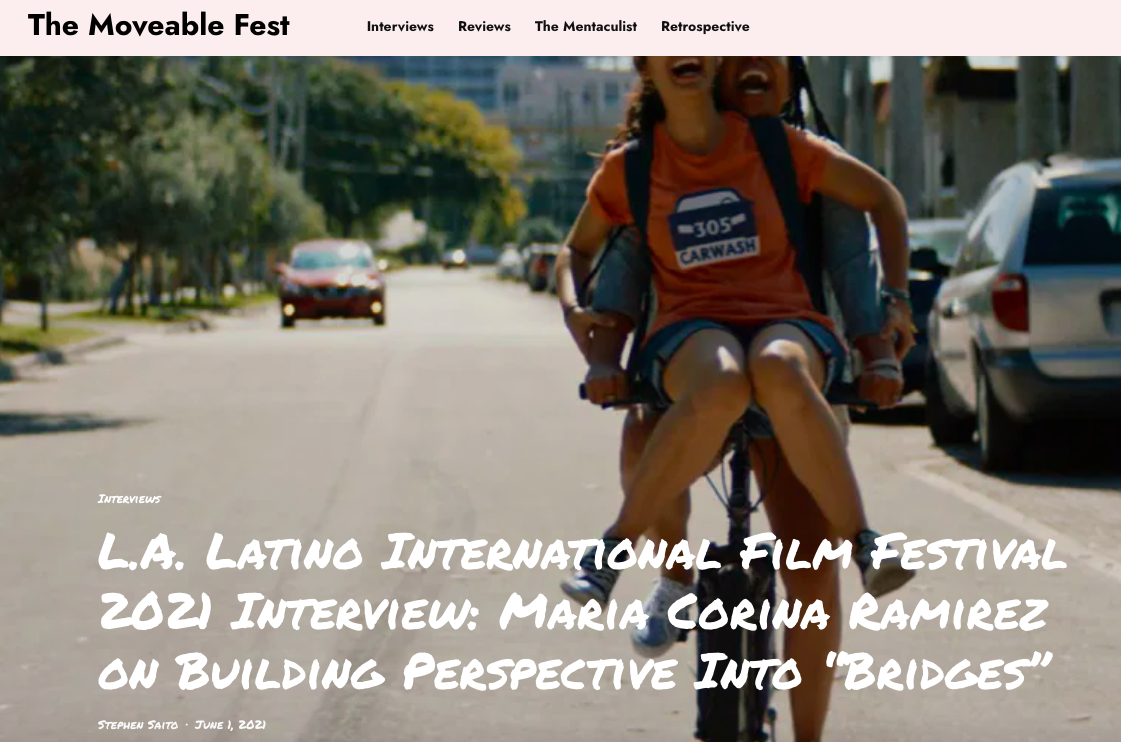 When Maria Corina Ramirez was writing what would become her directorial feature debut “Bridges,” she thought of her grandfather who built them in Venezuela as she considered the gulf between what the experience of undocumented immigrants in America is really like and how it’s so often portrayed on screen. There was never going to be an overt reference to this in the story of a gifted high school senior (played by Ramirez) who is always putting her family’s future ahead of her own, but she never wavered from plans for the character to carry around a little toy bridge in her pocket as a loving tribute, incorporating it into the sizzle reel she created for potential investors, fully intending to bring it to the feature. The only problem was by then she had misplaced the tchotke she originally used as a prop.

“Bridges” will screen at the L.A. Latino International Film Festival on June 5th at the TCL Chinese 6 at 5 pm and be available virtually, geoblocked to California, starting June 6th here.

Read the full interview to Maria Corina Ramirez done on The Moveable Fest. 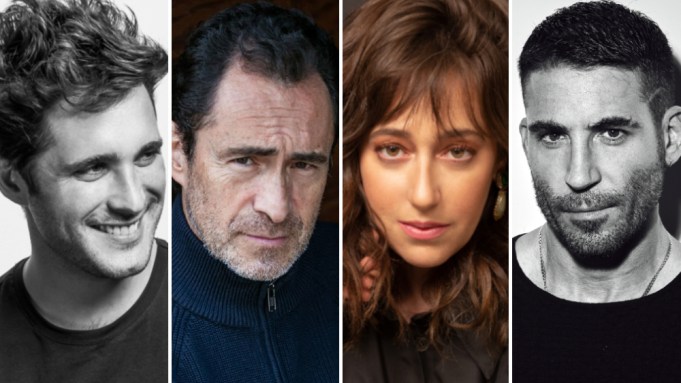 The first slate of Paramount Plus Originals for Latin America will feature new series from “The Hateful Eight’s” Demián Bichir,  “Luis Miguel” lead Diego Boneta, and Brazilian online phenom Porta Dos Fundos. These newly announced productions join a first Paramount Plus Originals slate for Latin America which includes previously unveiled and existing titles, such as Isabel Coixet’s “It Snows in Benidorm,” produced by Pedro Almodóvar’s El Deseo production company and VIS, which opened the Valladolid International Film Festival. The news here is that it plays on Paramount Plus. 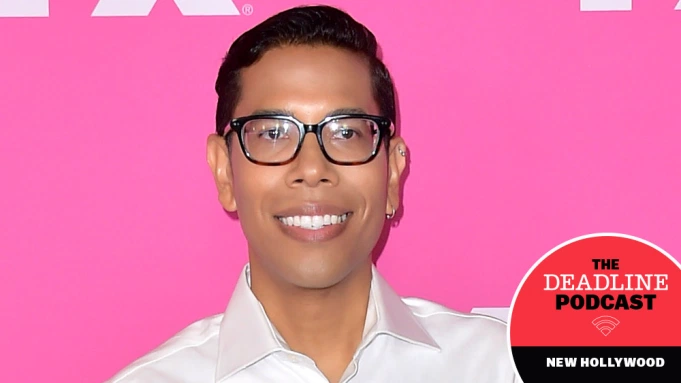 Steven Canals stopped by ”New Hollywood Podcast” to talk about the series finale of “Pose,” which perfectly aligns with  the kicks off Pride Month. For the past three seasons “Pose” has properly represented queer transgender people of color voices on-screen. The drama focused on the 1980s and ‘90s ballroom culture in New York and even depicted the history of the HIV and AIDS epidemic, and tackled gender identity and the experiences of queer people of color.

Click here to listen to the podcast with Steven Canals where he talks about  Pose journey, the finale, and what’s next for him. 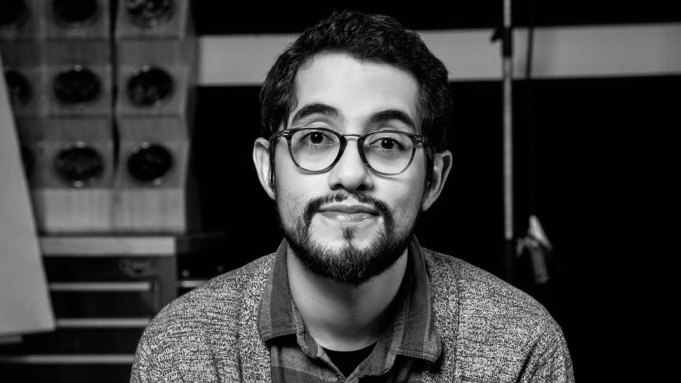 Filmmaker Carlos López Estrada has signed with M88, the full-service representation firm founded by former WME partner Phillip Sun and MACRO’s Charles D. King. López Estrada is best known for directing Disney’s animated film “Raya and the Last Dragon,” released in March, starring Kelly Marie Tran and Awkwafina. López Estrada is currently in production on an original animated feature at Walt Disney Animation, set to release in 2023. Last year, it was announced that he was attached to direct a live-action adaptation of “Robin Hood” for Disney plus.

Read more about his trajectory and upcoming projects on Variety.