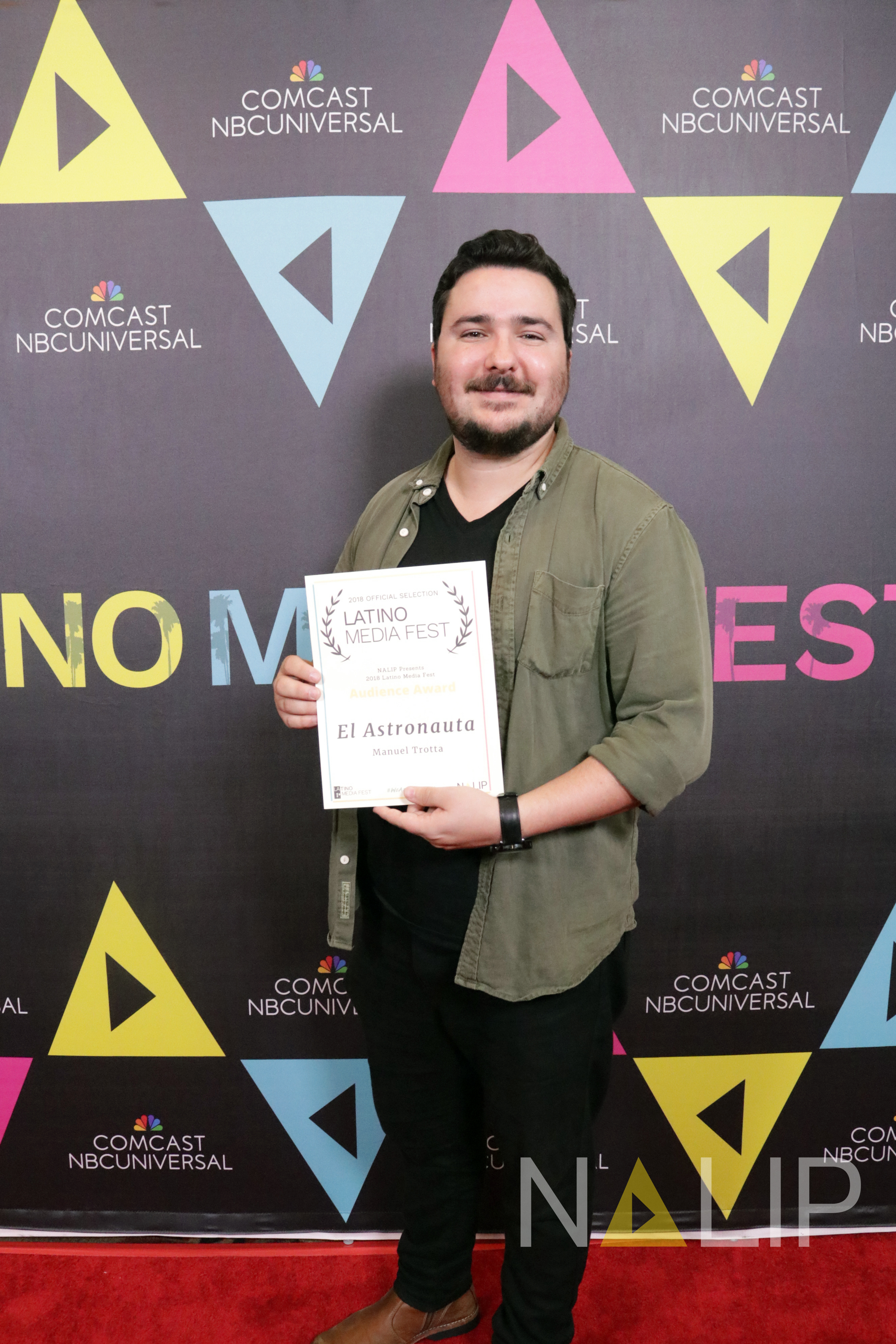 Attendees were given the opportunity to vote for their favorite film throughout the media fest, and the film with the most votes was honored with the LMF Audience Award. Manuel Trotta’s short film “El Astronauta” took home the award, representing the crowd favorite.

This past weekend, NALIP hosted its second annual Latino Media Fest, a weekend full of workshops, premieres, and an awards ceremony, dedicated toward developing the next generation of Latinx filmmakers. It was here that Manuel Trotta made his mark on the audience.

His film “El Astronauta” premiered at a festival to a captivated audience. “El Astronauta” is a short film about a man, technologically cultured by his life in the city, who returns home to the remote town of his childhood. It remains just as it was the day he left, untouched by technology, which makes him realize the social disconnect that occurs between humans in the big city. When he returns to this remote town, he looks like he is from another world.

His inspiration for this film is from a vivid memory in his childhood. When his father returned to his small town childhood home, after his life in the big city, his family was stunned. This event was the starting point for his project. Just as technology has caused a disconnect in society, it caused a disconnect in his family. He created this film to bridge the disconnect that exists in his family and many others, “we cannot let cultural changes or technology get in the way of our human relationships,” he said.

While “El Astronauta” premiered at several other film festivals, it was at NALIP’s Latino Media Fest where Trotta felt most at ease. “It is a blessing to be around Latino directors, actors, creators. No matter where you are from, as Latinos we share so much. When you are at an event with NALIP, it feels like home,” he said.

The Latino Media Fest was a place full of passionate Latinx filmmakers, something Trotta relates to greatly. Trotta’s passion and drive come from his childhood. He remembers being captivated by the process of filmmaking. He would grab a camera, gather up his neighborhood friends to be actors in his film, and use a skateboard as a dolly. He would act, write, direct, edit, be a part of any project that he inspired him.

In everything Trotta creates, there is a purpose. His goal is to create art that is not only entertaining but poses a question to the audience. “We are living in a time in which we must highlight the issues that are occurring: poverty, racism, and equality. We live in a society that tends to trivialize everything. We know about the Kardashians, but we don’t know what is going on in the world,” he said. He wanted to create a film that discussed the disconnection that occurs between human beings because of technology.

Not only did Trotta achieve his goal to create a film that resonated with the audience, but he also captured their votes. Trotta won the Audience Award at the Latino Media Fest Awards. He was honored, winning this award means that he was truly able to connect with his audience, which his main goal with filmmaking. He said, “When people recognize your film, it means that your message came across. It is such an honor to be in a room full of people that have understood your intentions with the movie.”

Trotta has a diverse artistic and educational background both in the United States and Latin America. He is not only an accomplished filmmaker, but also an actor who has studied with top instructors in Venezuela, Argentina, and Uruguay.

Trotta’s dedication to his work is shown as he served as writer, director, producer, and also an actor in his short “El Astronauta”. The film follows the touching story of Beto as he returns to his hometown with the goal of bringing his father, Don Alfredo, to a care home in the city. His father’s desire to not leave home until he is able to reach the moon and say goodbye to his late wife, takes Beto on a journey to find a way to become “The Astronaut”.