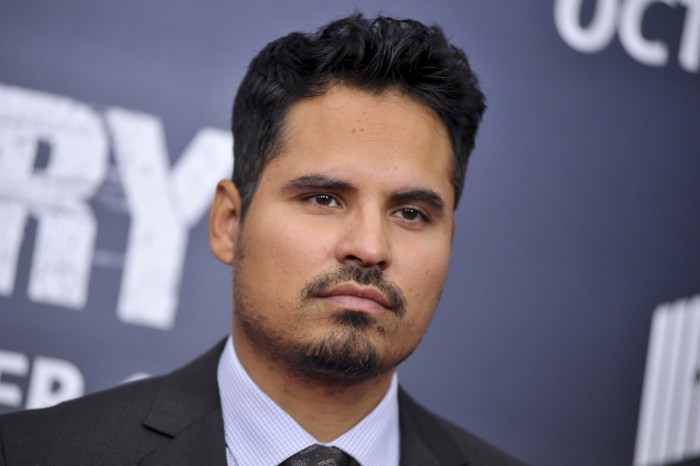 The Midwest’s weather is currently proving that it can never be too cold to snow, so I’m daydreaming about summer temperatures — and blockbusters. Luckily, Marvel Studios released the trailer for Ant-Man last week, and it seems the superhero universe has plenty of room for Latino talent: Ant-Man stars Michael Peña and Bobby Cannavale in supporting roles and Jordi Mollá as one of the main antagonists.

Cesar Chavez lead actor (and Chicago Mexicano) Michael Peña is the only one of the three who we actually see in the trailer, and he’s toting some serious firepower while wearing a suit and a Pym Security badge. Peña’s been pretty tight-lipped about his role as Luis, so we learned from his co-star T.I. that they will both play friends and back-up to Scott Lang/Ant-Man (Paul Rudd).

In a case of art imitating life, IRL Rudd buddy Bobby Cannavale has been cast as Paxton, another one of Scott’s friends. It’s not clear if Cannavale, a half-Cuban Jersey boy, will get to fight crime with Ant-Man, or if he’s part of Scott’s checkered past. But I think it’s safe to say that he’ll leave his Gyp Rosetti antics on the boardwalk.