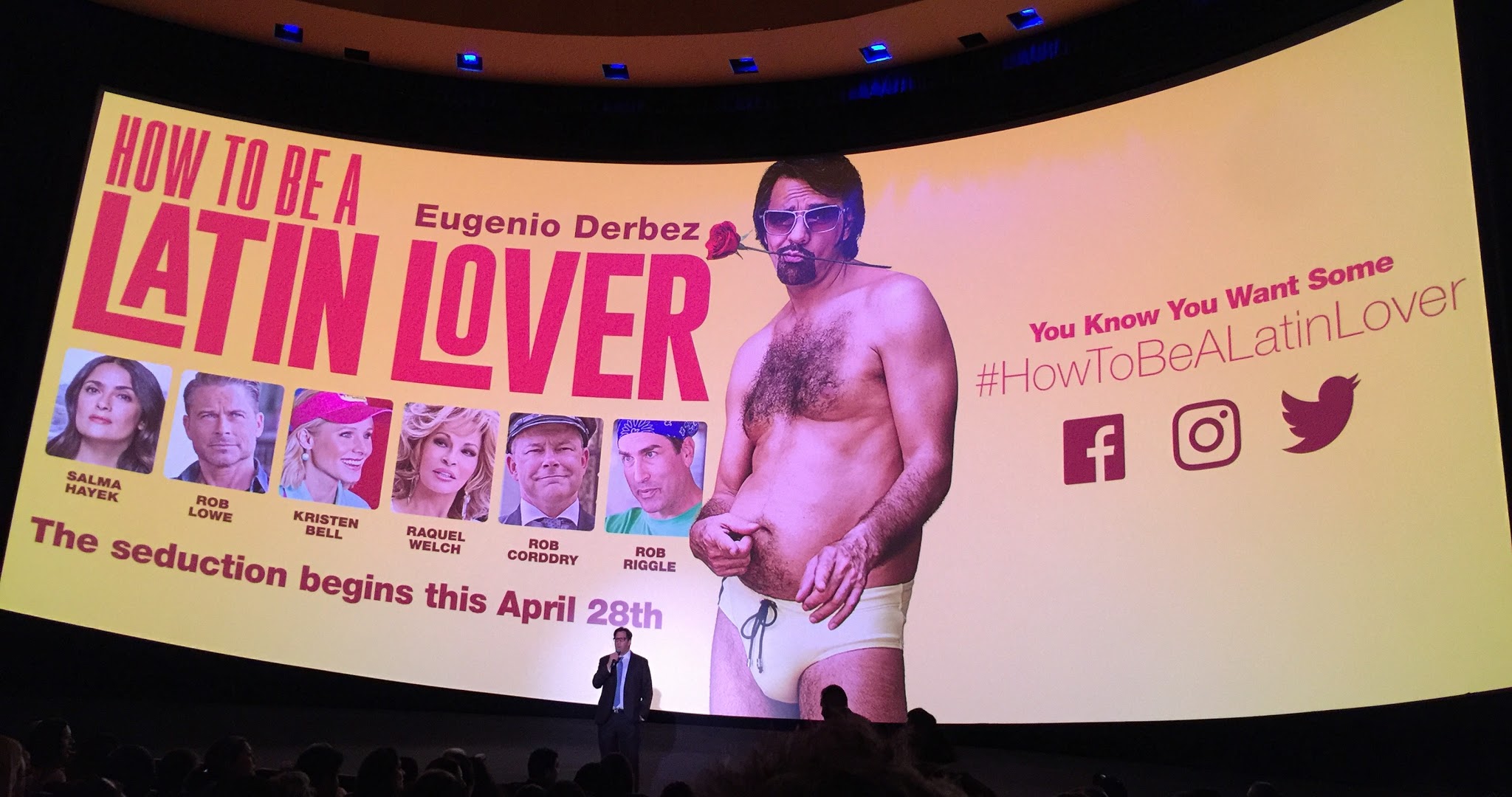 Eugenio Derbez’s ‘How to be a Latin Lover’ premieres today, and it is Pantelion Film’s widest release in the U.S.! The film premiered in LA on Wednesday, April 26 at the ArcLight Hollywood.

The comedy centers on an ageing Latin Lothario, played by Derbez, who’s made a living out of seducing rich, older women. When he’s dumped by his wealthy 80-year old wife for a younger stud, he’s forced to move in with his estranged sister, played by Salma Hayek, and her son with whom he bonds.

‘How to be a Latin Lover’ is the first project developed by Derbez’s American production company, 3Pas Studios. “We are very proud of this movie. It has a very mainstream sensibility, but still speaks to Eugenio’s core audience through specificity and nuance,” said Ben Odell, Derbez’s producing partner at 3Pas.

“This is what we aspire to do with 3Pas – to make big commercial films geared towards a market that lauds and embraces diversity,” Odell added. “This isn’t a Latino movie, it’s a big funny comedy with Latino leads.”

This is the second time Pantelion Films, which grew from a partnership between Lionsgate Entertainment and Grupo Televisa, teams up with Derbez. The company is hoping to reach the same success it had in 2013 with Derbez’s breakout hit, ‘Instructions not Included.’ The film grossed $44.5 million, making it the highest-grossing Spanish-language film ever released in the U.S.

Cast members Rob Corddry, Rob Riggle, Raphael Alejandro, Rob Lowe, Raquel Welch and Eugenio Derbez were all in attendance at ‘How to be a Latin Lover’s’ premiere on Wednesday night. Raquel Welch, who received NALIP’s Lifetime Achievement Award in 2015, fends off romantic advances by Derbez’s character throughout the film.

Derbez, who was also an award recipient of NALIP for the Outstanding Achievement Award in 2015, has come a long way in the industry since his cross over from Latin America. He began his career over 30 years ago in Mexico, and since then the actor, producer and director has become one of the world's most-celebrated Latino stars.

“I discovered many years ago in my country that, when you’re an actor and don’t develop your own material, you need to accept what they offer you,” said Derbez. “Sometimes in my case, especially here in the United States, I was tired of always having a small role in movies and always the drug lord or dealer, a criminal or whatever, or the gardener.”