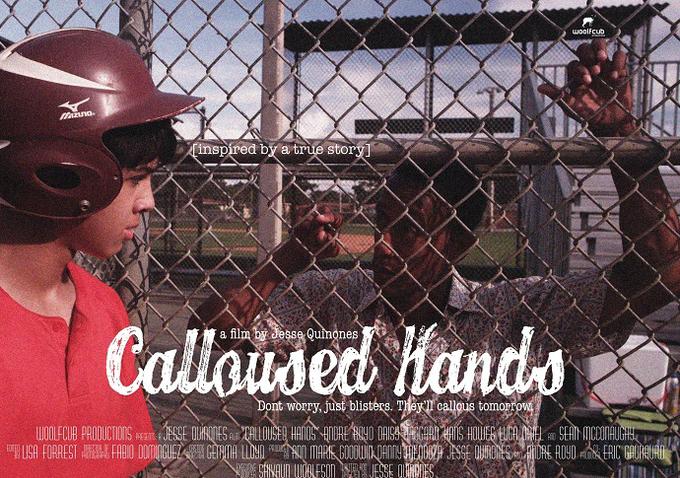 "Calloused Hands," which features an award winning performance from "Wire" star Andre Royo, is to receive its theatrical release November 14th at the Laemmle Theatre in Los Angeles, followed by screenings in Miami and New York.

The hard-hitting drama, which is based on the life story of its writer/director Jesse Quinones, tells the story of Josh, a 12-year-old mixed race boy growing up in Miami who shows promise as a baseball player. He neglected by his mother, and is abused by her boyfriend Byrd. He manages to forge his own path when his estranged grandfather insists he study for his Bar Mitzvah.

"Calloused Hands," made on a micro budget, premiered at the Miami International Film Festival, and went on to screen in over 15 film festivals, winning numerous awards. It was later picked up by NY based distributor Kino Lorber.

Kino Lorber Vice President Elizabeth Sheldon adds, "Kino Lorber is proud to be releasing first-time director Jesse Quinones' feature film, Calloused Hands. Fans of Andre Royo will find him as compelling as ever in the lead role of this coming-of-age drama that blends Latino, Jewish and sports themes."

The film will play at the Laemmle Theatre in Pasadena from the 14-20 November, followed by screenings in New York and Miami.

Andre Royo, who also served as one of the producers on the project said: “People should see Calloused Hands because it’s an intense, heart felt, and honest story about the pursuit of perfection. This is a compelling drama that shows the power of self reflection and a true examination of purpose in parenting.