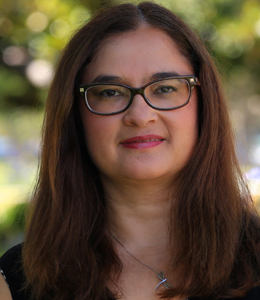 Lorena Manríquez is an award-winning independent filmmaker and president of Andes Media, LLC. Her love of film was nurtured at an early age as she watched Spanish and French films in Santiago, Chile, where she was born and raised. She has been the recipient of a number of film industry fellowships, including the NALIP Latino Producers Academy, the CPB/PBS Producers Academy, the NBPC New Media Institute, the IFP Rough Cut Lab, and the Firelight Producer’s Lab.  She recently finished Ulises’ Odyssey (2014), which was selected for several media markets including Sunny Side of the Doc, Latin Side of the Doc, IFP Film Week, Visions du Réel, and the Latino Media Market.  Ulises' Odyssey is having its premiere at Cine+Mas San Francisco and at the Museum of Memory and Human Rights in Santiago, Chile. She is currently in production with her new documentary Siqueiros: Walls of Passion, which was awarded two California Documentary Project grants by Cal Humanities, an ITVS Diversity Development Fund, LPB Production Public Media Fund, and ITVS Open Call funding. She is a co-producer of Latinos Beyond Reel: Challenging a Media Stereotype (2012).