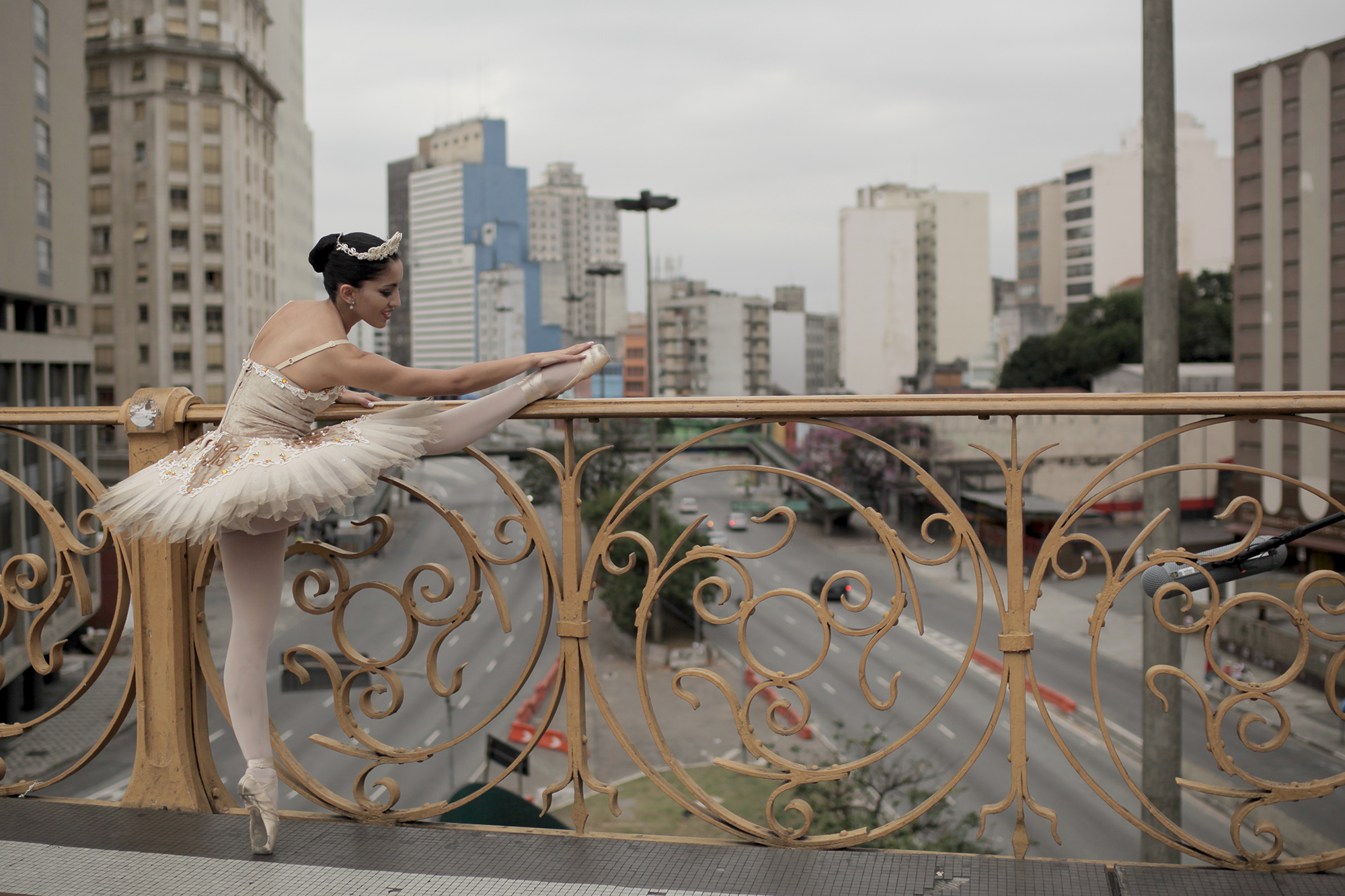 Award-winning NALIPster film LOOKING AT THE STARS has announced its premiere at the LA Film Festival this June.

The project, directed by NALIPster Alexandre Peralta, with cinematography by NALIPster Alejandro Ernesto Martinez B. started as a short film but received recognition in 2014 when it was presented the HBO/NALIP Documentary Filmmaker Award along with a $10,000 grant at the 2014 NALIP Media Summit, which allowed them to continue filming for the feature-length version of the film.

Now, the main cast is planning to travel from Sao Paulo during the Festival, to take place June 1 to June 9.

LOOKING AT THE STARS is a touching documentary that follows two dancers from the world’s first and only ballet academy for the blind located in Sao Paulo, Brazil. Geyza, the company’s prima ballerina and an instructor at the school takes center stage in this film that was shot in Brazil over a period of three years. She is joined in this remarkable cast by her protégée, Thalia, a teenager with the dream of overcoming her disability and become the best version of herself.

Congratulations to the filmmakers! NALIP is a proud supporter of LOOKING AT THE STARS. Projects like these are what drives NALIP to continue with its mission of diversifying the entertainment industry to bring more Latino filmmakers to success.

We look forward to the premiere!

For more information, go to www.starsdoc.com