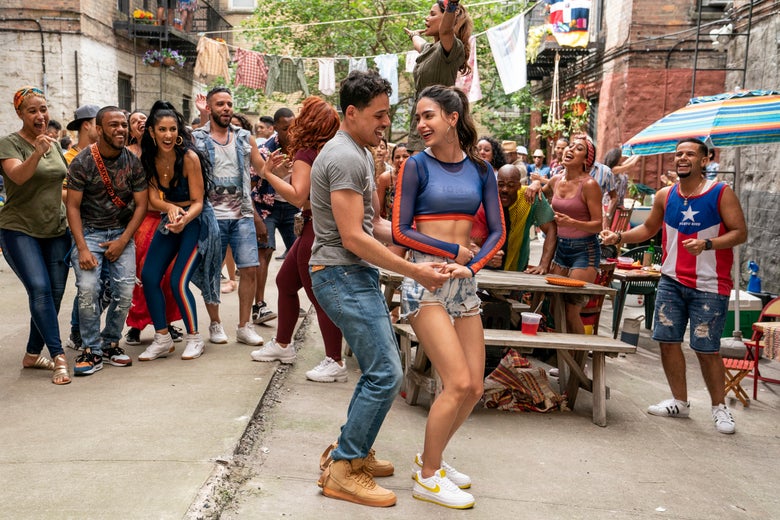 With “In The Heights,” Miranda and the cast are taking a rare step in a predominantly white Hollywood by centering powerful and gripping Latinx stories on the silver screen.

A recent study from the Annenberg Inclusion Initiative at the University of Southern California found that only about 3% of lead or co-lead roles in the top movies have gone to Latinx actors in the last 12 years. And Latinx speaking roles were nonexistent in almost half of the sampled films. The community’s small presence on the big screen is a harsh contrast to the growing Latinx population in the United States. Nearly 60 million Hispanic people live in the U.S., and they account for almost 17% of the population.

“It’s a watershed moment to see Latinx folks on the screen and in positive roles,” Ben Lopez, the executive director of the National Association of Latino Independent Producers, told HuffPost. “We need support all the way through. We need a commitment from studios to say, ‘We are prioritizing communities of color. We are prioritizing these folks because they happen to reflect the audience that is avid consumers of the content we’re putting out.’”

“In The Heights” is a celebration of Hispanic and Latinx people in just one of the many U.S. neighborhoods where they have created a safe haven for themselves in a country that doesn’t always accept them.

“I felt that emotional connection to the material,” Lopez said of the moment he watched the trailer. “My family comes from Mexico, but what really represented was that it was P.R., D.R., Mexico —  I saw all those flags in that trailer. It’s finally our moment.”