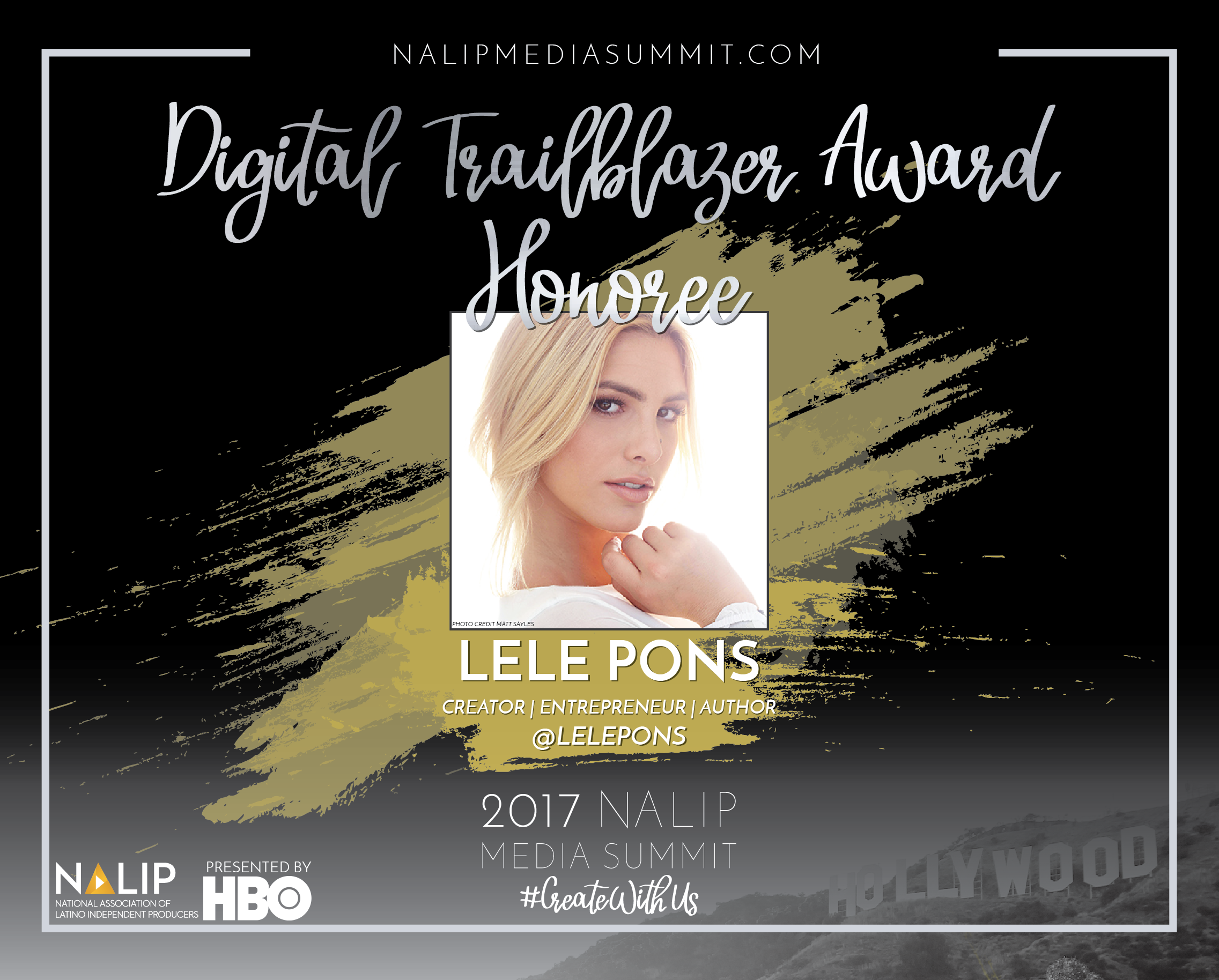 NALIP is thrilled to announce that creator Eleonora “Lele” Pons will be presented with our Digital Trailblazer Award during this year’s Diverse Women In Media Initiative at the Media Summit!

Creator and Entrepreneur, Lele Pons has become one of the most recognizable names on social media. She was the first Vine user to reach 1 billion loops making her the #1 most watched person and the #1 female viner in the world.

The Digital Trailblazer Award recognizes Lele for her contributions in the field of comedy and digital media. Lele got her start when she created a page on the video-sharing app Vine in December 2013. Originally intended as a fun outlet to showcase her creativity, her vines evolved into comedic sketches and practical jokes on family and friends. Lele has displayed the importance of diversity and inclusion in the entertainment field, creating a Latino visibility that has been greatly lacking within the industry. Her award will be presented by Ana Flores, founder and CEO of #WeAllGrow Latina Network - the first and largest network of digital Latina influencers in the country.

Lele’s physical comedic skills and likability has garnered notice from top media outlets, including New York Magazine, TODAY show, Variety, TIME magazine where she was named one of the most influential teens, Vanity Fair’s New Establishment List recognizing her as an influencer shaking the foundation of their industry and FORBES “30 Under 30” list. Additionally, Lele has been featured on the cover of Seventeen Mexico.

In October 2015, Lele was invited to the White House by First Lady Michelle Obama to help launch her Better Make Room campaign by spreading the campaign’s key messages through social media. In April, Lele released her first book titled “Surviving High School.” Her first film, “We Love You” made its debut on YouTube Red in November. Currently she serves as COVERGIRL’s Digital Ambassador.

We are excited to present Lele with the Digital Trailblazer Award this year and look forward to having her at our event. The award will be showcased during the Diverse Women in Media Initiative's Signature Conversation with HBO on Friday, June 23. For more information on the 2017 NALIP Media Summit, visit www.nalipmediasummit.com. To purchase your Summit pass, click here.