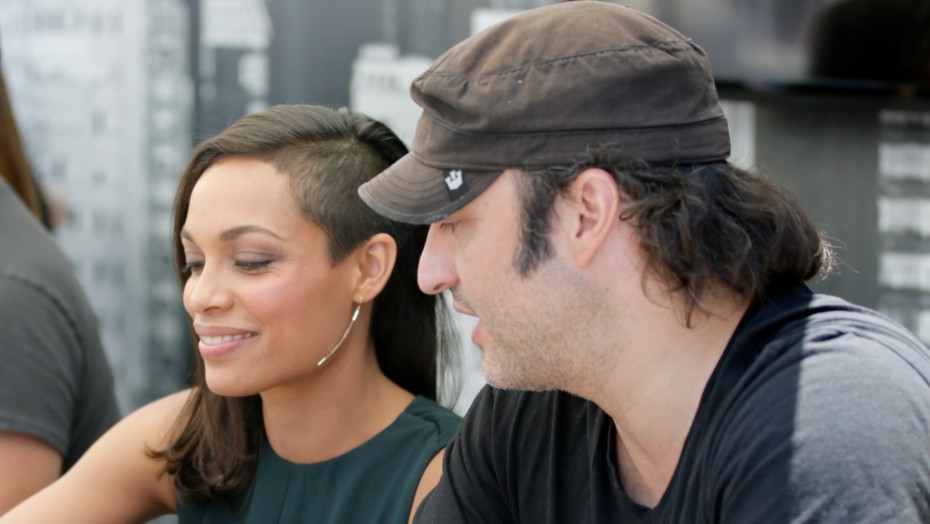 If the current rate of Latino involvement in the media were to play out as it has, it would take 60 years for Latinos in lead film roles to match their share of the U.S. population. It would take 100 years to do the same in TV. But even at that point, the Latino population would have already doubled.

Put more bluntly, if U.S. Latinos annexed themselves and founded their own country, they would comprise the 14th-largest economy in the world, with $1.6 trillion in buying power.

Latinos make up 17 percent of the population. And they're young, about a decade younger than the average White American. They tune into radio more regularly. They buy movie tickets more often.

With all that buying power, they're almost as scant on English-language TV and the big screen as they were in the 1950s. Nielsen's latest study on the subject show that the majority of young Latinos prefer to watch TV in English, a reality that will only rise as more are born in the United States. And despite the fragmentation of media on the Internet and through smartphones, Latinos continue to watch TV the old fashioned way, with friends and family. So why are there so few Latinos still on TV and in film?

Frances Negrón-Muntaner—a filmmaker, Columbia University professor, and author of a report called "The Latino Media Gap"—has spent the last five years looking into this problem. Along with her most recent research on the media gap, she will soon release two other reports that look at the poor representation of Latinos in media. For her last report, she analyzed top-ten movies, top-ten TV shows, executive positions, and guilds in Hollywood to find out just why there was such a disparity in the Latino population and Latinos on TV.

“We’re not making advances at the levels where we can make decisions. That has a big impact on who we hire and who we cast.” —Axel Caballero, NALIP

It began when Negrón-Muntaner, a founding member of the National Association of Latino Independent Producers, along with her co-workers tried to take stock of what they'd accomplished in the organization's first 10 years. They felt they'd helped a lot of individuals in their careers, but there was no empirical evidence.

"I was one of those people who thought Latinos were better represented now than in the past," Negrón-Muntaner says.

To her dismay, that initial assumption turned out to be flat-out wrong.

Latino media participation has remained nearly flat since the 1950s. That decade, the first that Nielsen ratings came out, Latinos were 4 percent of the population and 3 percent of top-ten TV lead actors. That gap has never been as close since.

Latinos comprise just 1 percent of news stories. When they do appear on camera, it's not as an anchor in a suit with coiffed hair but on the background video feed as a criminal or in relation to illegal immigration.

A recent Media Matters For America report went further and found that on news shows, "Hispanic guests are treated as experts in only one subject, rarely invited to discuss issues other than immigration." It's a concept that continues to typecast Latinos as one-dimensional.

In TV and movies, the Latino Media Gap study found that when Latino men are cast in leading roles or as supporting actors, they're most often associated with both ends of crime. Latinos appeared as law enforcement 19 percent of the time, compared with just 14 percent of all actors. They appeared as blue-collar criminals 18 percent of the time, compared with 11 percent of all other actors. The Law & Order shows were big violators of this, the report found, as well as The Big Bang Theory, where half the time a Latino was on camera, it was as a potential criminal.

As for Latinas, though their share of lead roles is increasing, since 1996 they've played nearly 70 percent of TV and movies' most iconic maids. And they're still portrayed as "sexy spitfire" types.

One possible reason for this is an utter lack of Latinos in decision-making roles. Just 2 percent of top directors from 2010 to 2013 were Latino, 3 percent of producers, and 6 percent of writers. Even worse, of 45 studio or network CEOs, none were Latino (just two were non-White men). When researchers expanded that to include company chairpersons, the only Latino in an executive role was CBS's Nina Tassler.

There's such a lack of Latinos in executive roles that director Robert Rodriguez created his own English-language channel called El Rey Network after he grew tired of asking for more nuanced Latino characters.

"You can only tell a network so long to cast a Hispanic," Rodriguez told the Associated Press. "But if there's nobody writing the roles or creating the roles, it's even fundamentally a larger problem."

"We're not making advances at the levels where we can make decisions," says Axel Caballero, executive director of NALIP. "That has a big impact on who we hire and who we cast." It's that dearth of executive power that leads to the bland, stereotypical roles Latinos play, says Caballero. "That's not only a missed opportunity for [media executives], but it's a misreading of the Latino landscape."

"It limits our development and how we are perceived," says Alex Nogales, president and CEO of the National Hispanic Media Coalition.

As children, Nogales says, we see ourselves in the characters around us. If that character is a blue-collar this, or a police officer that, then "that's how we'll perceive ourselves."

Janie Boschma contributed to this article.